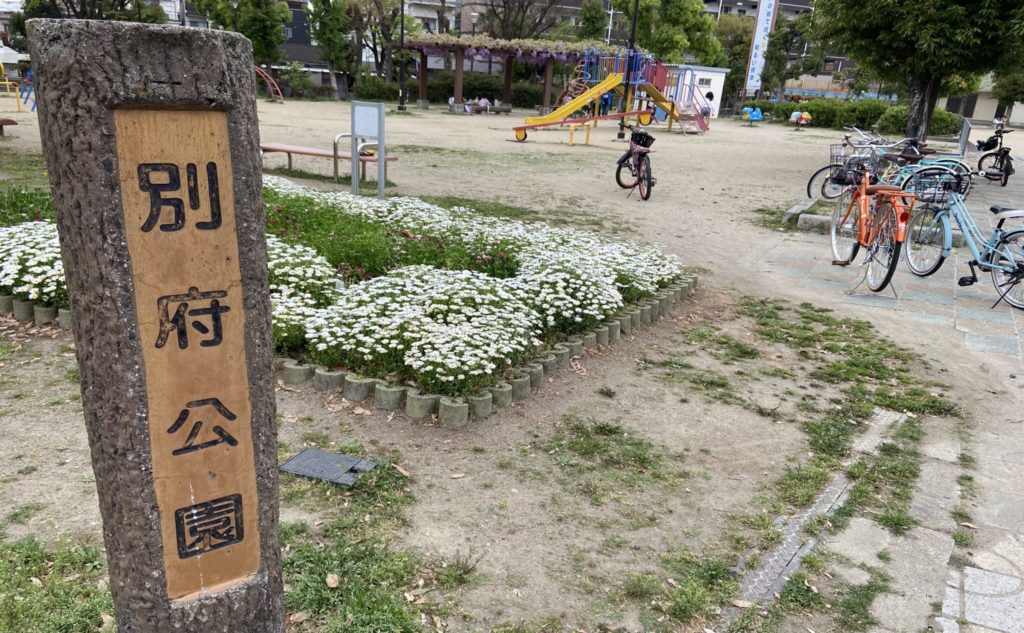 On April 4, 2022, a citizen group that aims to address PFOA pollution in Settsu City, Osaka Prefecture, submitted a petition, including 1,565 signatures, to Settsu City Mayor Kazumasa Moriyama. In response to the PFOA pollution that Daikin Industries caused in Settsu, the group requested that the city conduct a health survey of residents and urge Daikin to prevent further contamination.

Settsu residents accounted for 85% of the total signatures, with the remaining 15% coming from individuals who commute to Settsu and residents of neighboring cities.

Daikin, along with its affiliates and suppliers, has been a major employer in Settsu, and the company also hosted annual bus tours and a festival for residents. What made citizens turn against the company and join the petition?

Settsu resident Takeshi Taniguchi (73) is in charge of the citizen group secretariat. He decided to take on the role after participating in a study session about PFOA pollution in Settsu held by city council member Waki Masunaga and others on Feb. 11, 2022.

At the study session, Kyoto University Professor Emeritus Akio Koizumi, a leading figure in PFOA research in Japan, explained the chemical’s toxicity and the extent of the pollution in Settsu.

Taniguchi was most surprised to hear that nine out of nine men tested had shown high levels of PFOA in their blood. The men own fields in the Hitotsuya area, which lies east of Daikin’s Yodogawa Plant, and had eaten vegetables grown there using water from wells and irrigation channels.

Taniguchi lives in Higashi Befu, a neighborhood next to Hitotsuya and adjacent to the north side of the Yodogawa Plant. His wife grew vegetables in a field in the district, which they ate at home and shared with their grandchildren.

“The blood tests of the nine citizens showed abnormal results — there’s no way this problem is limited to Hitotsuya,” Taniguchi recalled thinking at the time.

He told his wife about the dangers of PFOA pollution. She, in turn, informed three acquaintances from the vegetable field about the possibility that their crops might be compromised. All four abandoned the field. According to government surveys, high levels of PFOA have been detected in both groundwater and waterways in Settsu. They felt they couldn’t grow vegetables without first making sure that both the water and the field’s soil were safe.

In early February, Taniguchi joined the group of citizens aiming to address the PFOA pollution. He took on his current role as head of the secretariat and was placed in charge of signature collection. He went door to door in the community, explaining about the pollution and asking residents to add their name to the petition.

Taniguchi went to such lengths because he was concerned about the health of children in the community.

A teacher at a business high school until reaching retirement age, Taniguchi currently works at an after-school daycare at an elementary school. After hearing about PFOA, Taniguchi was worried about much more than just his family.

“Of course I’m concerned about PFOA exposure because it could impact our children’s futures. Now that we have submitted the petition and signatures, we’ll closely monitor the city’s actions,” he said.

The first person she asked to sign was her daughter, who lives nearby. After hearing about the pollution from her mother, the daughter grew concerned whether she and her children had been exposed to PFOA.

“My daughter grew up in this area and now has little children of her own,” Tanizume explained. “They were born at a normal weight, but they sometimes eat vegetables grown by our neighbors, so she wants a survey to be conducted as soon as possible.”

Thinking that other residents may be similarly concerned about their children, Tanizume visited about 260 homes in Higashi Befu to collect signatures.

She noticed something as she did: Many of the residents who refused to sign the petition mentioned Daikin.

“Those who had friends or relatives who worked for Daikin hesitated to sign when they found out we were asking for pollution countermeasures from the company,” Tanizume said. 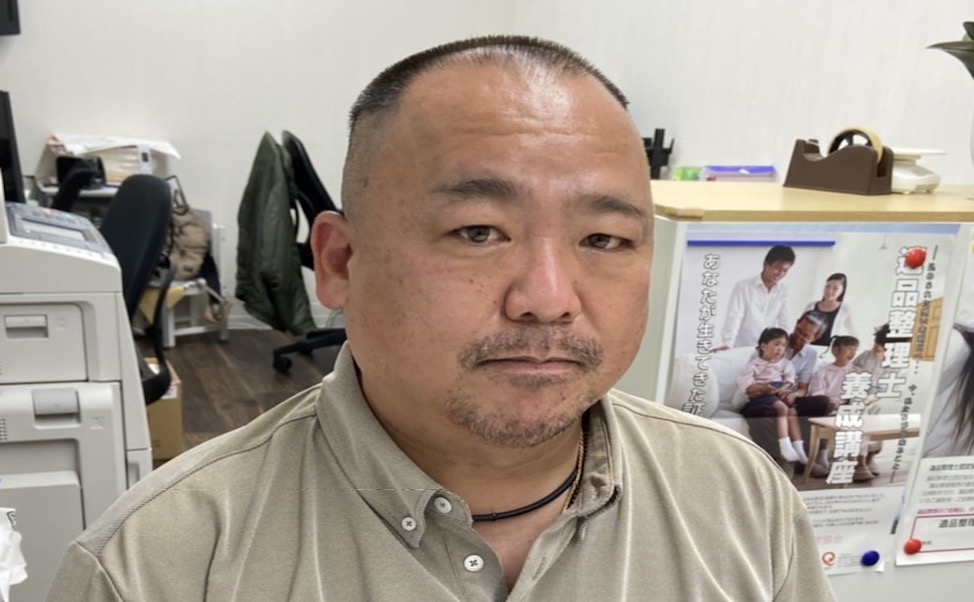 Although some residents shied away from confronting Daikin, “neighborhood dad” Koji Kurai (49) decided to prioritize the community’s children. Kurai runs a handyman business in the Befu area, taking on tasks such as housecleaning and sorting through the belongings of the deceased.

In addition to Kurai’s sixth-grade son, who attends Settsu City’s Befu Elementary School, he treats all the children in the community as his own. On holidays, he gathers them together for mochi pounding and barbecues, and in the summer he builds a swimming pool for them to play in. If one misbehaves, he scolds them and instructs them. Locals call him “everyone’s dad,” and he is a great favorite among the children.

Kurai first learned about the PFOA pollution when he was asked to sign the petition by a member of the citizen group.

“So Daikin’s more than just an air conditioner manufacturer…” he recalled thinking with suspicion.

Kurai researched the Yodogawa Plant and, for the first time, learned that it had originally been a munitions factory and that it manufactured chemicals. It now made sense that, about 20 years ago, Daikin had caused a strange odor in the area, and Kurai had received a flier at his home apologizing for the problem.

Kurai himself has experienced negative health effects from chemicals.

Prior to becoming a handyman, he had worked in groundwork construction and civil engineering and was once assigned to pump water from a well in Tsuruga City, Fukui Prefecture. Immediately after finishing the job, however, he began to experience strange symptoms. When he consulted his supervisor, he was told that the well water was contaminated with industrial waste.

“It doesn’t matter if we’re going up against Daikin. If you don’t know the causes and effects of the pollution, you have to start by looking into it. We parents may be dead by the time they know for sure or that the pollution is certified. That’s fine, as long as the children in our community and their children are safe,” Kurai said.

He encouraged his colleagues to sign the petition. Both those with children and those without did so.

Yuka Takahashi (58, a pseudonym) is a nursery school teacher in Settsu. She has worked with children almost every day for 38 years, ever since graduating from junior college. Takahashi asked her nursery school colleagues to sign the petition.

Takahashi first heard about the PFOA pollution in February 2022. At first, she thought it was a complicated environmental pollution issue and a little over her head. But as she learned more about the toxicity and persistence of PFOA, she realized the gravity of the situation.

It made her think about her nursery school’s farming activities. For many years, the school had rented a nearby field and grown vegetables such as eggplants, cucumbers, and okra using tap and canal water.

The harvested vegetables were eaten at school lunches. The nursery children loved the farming activities, and even children who hated eating their veggies had come to think the ones they grew were delicious.

As government surveys had found high levels of PFOA in the city’s waterways, Takahashi was concerned that children at the school might have been exposed to PFOA from the farming activities.

“It’s infuriating that Daikin refuses to acknowledge its responsibility for the pollution,” she said. “City government is just keeping their heads down; they won’t stand up to Daikin. Citizens are being exposed to the pollution without knowing anything about it.”

Tsuneo Morita (76, a pseudonym), whose blood contains PFOA at concentrations 30 times higher than those in uncontaminated areas, also signed the petition.

In addition to signing the petition, Morita also submitted his own request to Mayor Moriyama on March 1, 2022. He requested the city to ask the Osaka prefectural government and the national government to proactively address the pollution, based on the “principles of safety and foresight” for the sake of the children’s health.

Mayor Moriyama responded a month later: “We will make requests and demands to the national government and Osaka Prefecture for surveys, etc., as necessary.” The response didn’t mention the children’s farming activities.

Morita keeps photos from harvest days and thank-you letters from the children in a file and looks through them from time to time. He said it’s heartbreaking to think that the children were looking forward to the farming activities without knowing anything about the PFOA pollution.

He can’t accept it.

(Originally published in Japanese on April 15, 2022. Translation by Annelise Giseburt.)