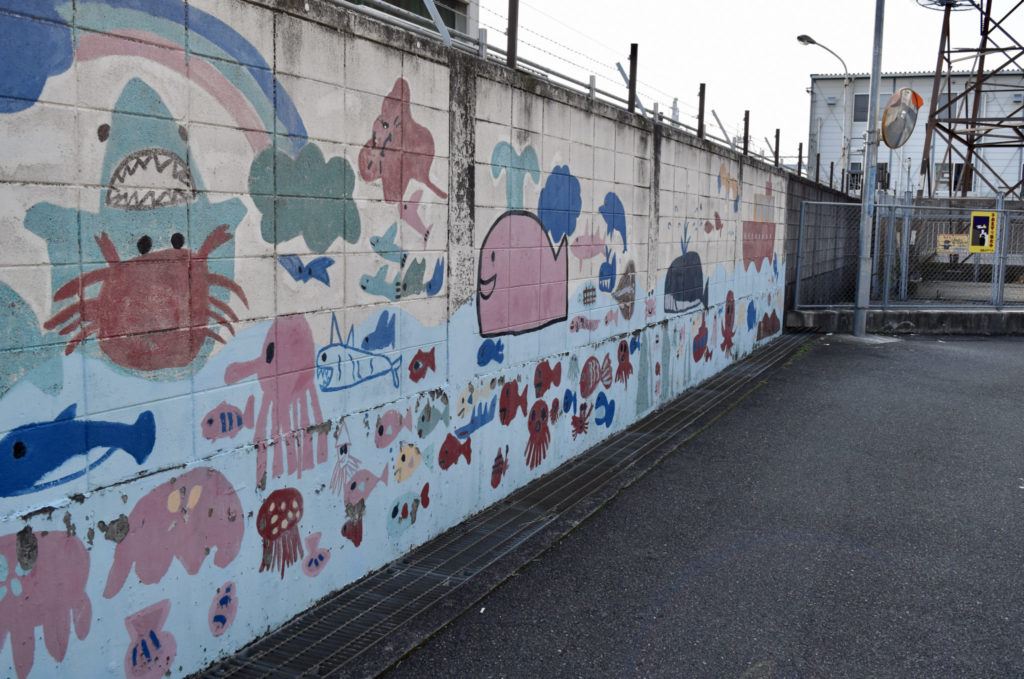 A 2008 study conducted by researchers from Kyoto University found high levels of PFOA in the blood of 60 women living in or near Settsu City, Osaka Prefecture. On average, their blood contained 6.5 times more PFOA than that of uncontaminated areas.

Their exposure to the chemical was caused by PFOA emitted into the air by Daikin Industries’ Yodogawa Plant. As we reported in the previous article, it was spreading even to surrounding prefectures, with the direction changing depending on the seasonal winds.

The Yodogawa Plant is located in a densely populated residential area. A school, Settsu City’s Ajifu Elementary, is only 45 meters from the plant.

“Adverse health effects on fetal and neonatal growth should be evaluated epidemiologically in the population within a 4.5 km radius of the Daikin plant,” the Kyoto University researchers warned in their article.

Around the world, a number of studies have chronicled the adverse effects of PFOA on women and babies in the womb.

Epidemiological studies of 2,600 women in Denmark

In 2007, a group of researchers led by those from the University of California, Los Angeles (UCLA) published the results of an epidemiological study, using data from Denmark, on the correlation between pregnant women’s PFOA exposure and the birth of underweight infants weighing less than 2,500 grams. The study was conducted after previous research found that PFOA inhibited fetal growth in animals.

The Danish National Birth Cohort (DNBC), a division of the Danish research institute Statens Serum Institut, collaborated with the UCLA researchers for the study. Since 1996, the DNBC has kept various kinds of data, including interviews and blood samples from mothers and children residing in the country, for use in research to prevent childhood diseases.

Through analysis of data from 1,400 women and their children, the UCLA researchers found that the more PFOA an expecting mother was exposed to, the more likely her baby was to be born at a low weight. The findings were published in “Environmental Health Perspectives,” a journal published with support from the U.S. National Institute of Environmental Health Sciences.

The UCLA researchers also analyzed PFOA exposure and the length of time it took to conceive in a study of 1,240 Danish women, finding that women with higher PFOA levels in their blood were less likely to conceive. Their results were published in 2009 in Oxford University Press’ “Human Reproduction.”

2021 EPA report: “The developing fetus is a target of PFOA toxicity”

Evidence showing the adverse effects of PFOA on women and children grows year by year.

In 2012, the U.S’s independent C8 Science Panel released the results of its large-scale epidemiological study, which surveyed roughly 70,000 people living near a DuPont plant that had manufactured PFOA. The study linked the chemical with six diseases, as we reported in this series’ eleventh article.

One of the six is gestational hypertension, a condition in which a woman who previously did not suffer from high blood pressure develops the condition somewhere between the 20th week of pregnancy and the 12th week postpartum. Gestational hypertension can cause hemorrhage or deteriorated liver function in the mother, as well as fetal growth failure, and, in worst case scenarios, the death of mother and child.

In May 2019, PFOA was added to the Stockholm Convention on Persistent Organic Pollutants, banning the chemical in all countries party to the treaty, including Japan. And still, new data kept coming out.

In December 2019, the EU’s Environment Agency published a report that included information on how pregnant women’s exposure to PFOA increases the likelihood of low birth weight.

At the end of 2021, the U.S. Environmental Protection Agency (EPA) submitted an 834-page document to its Science Advisory Board summarizing the results of new studies on PFOA. Once again, it included information on the chemical’s negative effects on babies in the womb.

“The available animal toxicity data are in concordance with the data in humans and indicate that the developing fetus is a target of PFOA toxicity,” read the document in a chapter titled “Evidence Integration.”

40 facial surgeries required for man exposed to PFOA in womb

In some cases, the impacts of PFOA on mothers and children have been quite severe.

One example is Sue Bailey, a woman who worked with PFOA waste products at a DuPont plant in the U.S. while pregnant with her third son, Bucky. Bucky was born in 1981 with a distorted right eye and only one nostril, a birth defect similar to those seen in PFOA testing on animals.

By the time he was 22, Bucky had undergone over 40 surgeries, including a major, eight-hour operation that required 120 stitches. Other surgeries involved cutting cartilage from his ribs or stretching his skin. He still has a pink surgical scar on his forehead.

Bucky portrayed himself in the 2019 film “Dark Waters,” which depicts PFOA pollution caused by DuPont. He has appeared in other PFOA-related films and given interviews, calling for environmental remediation.

“Ultimately, we think that the companies and manufacturers that made and released these chemicals into the environment should be responsible for paying for the cleanup and clean drinking water,” Bucky said in an interview with the American magazine “Blue Ridge Outdoors.”

“I’ve got a beautiful son and a daughter on the way. They’re going to have to live in this world and drink water and take showers. That’s what drives me to never give up.”

Daikin: “Although our interpretation differs, we will refrain from commenting”

High levels of PFOA were detected in the blood of 60 women living in or near Settsu City, Osaka Prefecture, where Daikin’s Yodogawa Plant, which manufactured PFOA, is located. The plant lies amid a residential area, and, walking in the neighborhood, children’s cheerful voices can be heard. Ajifu Elementary School is located only 45 meters from the plant.

PFOA is a highly persistent chemical. Even though production has ceased at the Yodogawa Plant, once an individual is exposed, PFOA can stay in their body for many years. Studies around the world have shown that PFOA can have various effects on mothers and children.

Tansa shared the UCLA scientific papers with the Daikin public relations department and asked the company to comment on its responsibility, as the source of PFOA pollution around its Yodogawa Plant, regarding the health of mothers and children.

“Although our interpretation differs, we will refrain from commenting on the content of the University of California paper,” Daikin responded.

(Originally published in Japanese on March 25, 2022. Translation by Annelise Giseburt.)