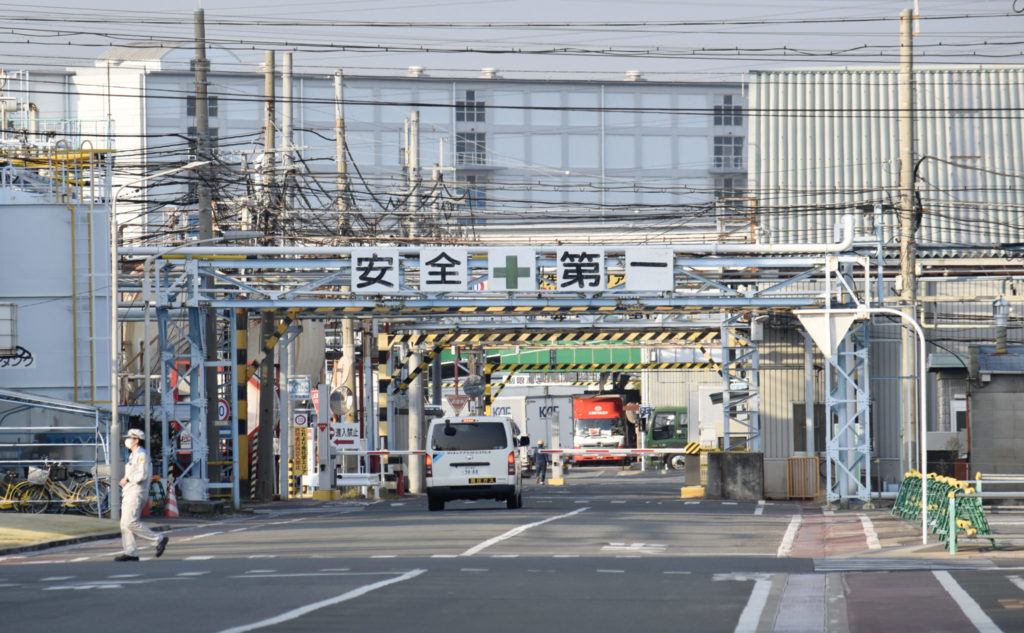 In fall 2021, high levels of toxic chemical PFOA were found in the blood of nine out of nine tested residents living within a kilometer of Daikin Industries’ Yodogawa Plant. The highest concentration was 70 times greater than in non-contaminated areas.

Like many of those tested, one of the nine, Masato Yoshii (69, a pseudonym), often ate crops he had grown in a field adjacent to Daikin’s plant.

“I’m getting on in years, so there’s no use worrying about my own health,” he said. “My children and grandchildren are another story though.”

In December 2021, amid residents’ growing concern regarding their exposure to PFOA, city council members from Settsu City, Osaka Prefecture, visited the Yodogawa Plant to inquire about Daikin’s response to the PFOA pollution.

What they heard, however, surprised them.

A little after 9:30 a.m. on Dec. 9, 2021, a minibus arrived in front of Settsu City Hall to pick up six city council members, representing various parties, who serve on the council’s civil affairs standing committee.

Their destination was Daikin’s Yodogawa Plant.

In June 2020, a survey by the Ministry of the Environment revealed that groundwater in Settsu City had Japan’s highest concentration of PFOA. Since then, Kyoto University Professor Emeritus Akio Koizumi and Kyoto University Associate Professor Kouji Harada continued to investigate the levels of PFOA in crops and residents’ blood. PFOA pollution in the city was gradually becoming known to the public, as city council members and the media continued to pursue the issue.

It took about 15 minutes for the bus to reach the Yodogawa Plant. But when the group disembarked, they were surprised to see Yoshiharu Miyoshi, a fellow Settsu city council member, standing among the Daikin employees. “Morning!” Miyoshi called, raising his hand in greeting.

Endorsed by the Daikin labor union, since 1989 Miyoshi has served nine consecutive terms as a city council member while remaining a Daikin employee. He appeared in this series’ third article, “The polluter at the heart of the community.”

When Tansa asked Miyoshi whether he prioritized his role as a Daikin employee or as a public servant, he replied, “Rather than choosing one, I think there are different criteria for making decisions depending on the situation.”

These were the attendees.

At 10:10, Daikin began its explanation of PFOA with a powerpoint presentation by Satoshi Komatsu, head of the environmental technology and external relations department. He explained that PFOA was “only possibly carcinogenic, like how pickled vegetables are.”

After the presentation, it was time for questions.

The city council members were concerned that high levels of PFOA had been detected in the blood of all nine individuals tested.

“We believe a health survey of nearby residents should be conducted, in order to ensure safety and peace of mind,” they said. “Is Daikin planning to do so?”

The company responded: “We have heard about high levels of PFOA being found in residents, but the testing method and accuracy of the analysis are unclear. What’s more, there is no standard value [for what is a ‘high level’], so we would like to refrain from commenting.”

The blood tests had been conducted by a research team led by Kyoto University Professor Emeritus Akio Koizumi, who has been investigating environmental pollution by PFOA, as well as human exposure, throughout Japan for the past 20 years. In 2004, he recorded the world’s highest known level of PFOA pollution in a tributary of the Yodogawa River and identified Daikin as the source of the pollution.

Regarding his methodology and analysis, Koizumi says it is “highly accurate and at the global standard.”

Harada, who handled most of the measurements and analysis, concurred: “We analyzed the blood samples using a NIST SRM 1957, which is the global standard, and we were able to reproduce the exact concentration.”

That wasn’t the only question Daikin dodged that day.

“When we asked about the concentration of PFOA on the Daikin plant gounds, we didn’t get a response. They only said abstractly that ‘the concentration is decreasing,’” recounted city council member Masunaga in an interview with Tansa. “We can’t understand the level of pollution without more concrete information.”

Although Masunaga said she had tried to ask follow-up questions in response to Daikin’s vague answers, she was told her time was up. Daikin said it would answer any remaining questions in writing at a later date.

The city council members were then taken by bus to the plant’s PFOA treatment tanks. The visitors were instructed to get off the bus, and a Daikin representative explained the company’s PFOA removal system.

“After treatment, the water is clean enough to drink,” they said.

The six city council members boarded the bus back to city hall. Miyoshi remained behind, sending off his colleagues with a cheerful farewell. 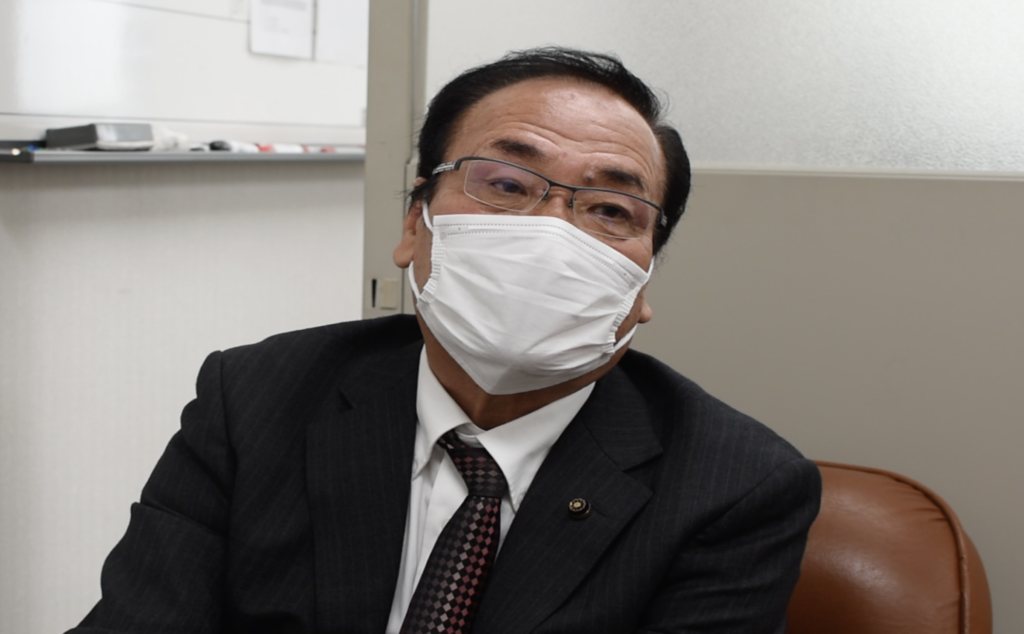 The first was titled “Withdrawal of our inappropriate expression during the site visit,” and was sent by Tetsu Murai, an executive officer and general manager of the Yodogawa Plant.

He wished to retract the phrase “water clean enough to drink” that had been said in front of the PFOA treatment tanks.

The other document contained responses to the city council members’ 33 questions, including both those from the day of the site visit and ones sent later.

The responses contained a surprising description of Daikin’s future plans.

(Originally published in Japanese on Feb. 18, 2022. Translation by Annelise Giseburt.)