Police take DNA for any offense

Shota Uchino (an alias) hopped an 85-centimeter guard rail to fish from the bank of an irrigation channel in the Moriminami neighborhood of Ama City, Aichi Prefecture. He didn’t notice the sign — nine meters away and hidden by weeds — saying the bank was off-limits. An officer reprimanded Uchino and brought him to Tsushima Police Station, where police took a sample of his DNA.

The incident aggravated Uchino’s anxiety, and his health worsened.

“I wondered whether the police would claim to have found my DNA on the scene of an unrelated crime,” Uchino said. “I was always expecting a call from the police. The idea made me really anxious.”

Sometimes his hands went numb and he felt like he couldn’t breathe. In July 2019, over six months since the police had collected his DNA, Uchino collapsed in the kitchen at home.

His parents were worried, but they had an idea of how to help: Perhaps their son’s anxiety would improve if his DNA were deleted from the police database.

On July 23, Uchino’s parents visited the Miwa Police Box next to Kida Station to get to the bottom of their son’s booking. 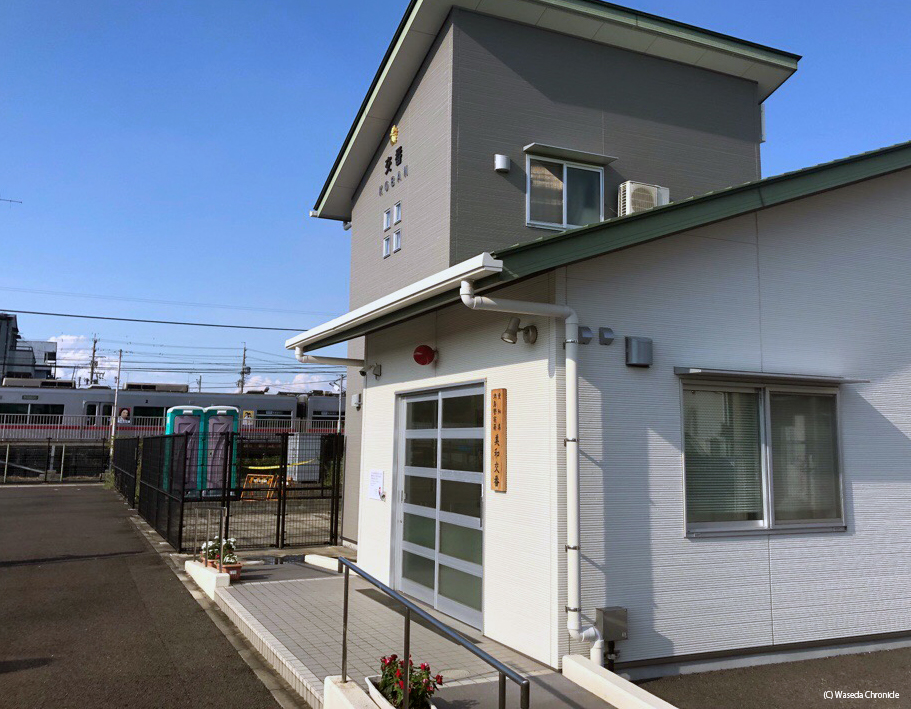 The same tall, young officer who had first stopped Uchino was there when his parents arrived at Miwa Police Box, operated by the Tsushima Police Station. He responded to their questions together with an older, male officer who appeared to be his superior.

When Uchino’s parents asked what offense their son had committed, the young officer said Uchino’s action “fell under Article 1-32 ‘Trespassing in Fields, etc.’ of the Minor Offenses Act.”

Then he explained what had happened that day.

“There’s a fence by the channel with a ‘do not enter’ sign,” the officer said. “It’s different from places like the banks of the Kiso or Shonai rivers, which are unrestricted.”

“In any case, your son didn’t commit a criminal offense. It was a violation of the Minor Offenses Act. Nothing too serious,” he added.

“I understand that it must have been shocking”

“Do the police have to take DNA samples for violations of the Minor Offenses Act?” Uchino’s mother asked.

“Well, of course some offenses are more serious than others,” the officer replied. “But we take DNA samples from everyone, no matter the offense.”

“Everyone?” Uchino’s mother couldn’t hold back a laugh. But the young officer was perfectly serious as he responded, “Yes, everyone.”

Uchino’s father told the officers he was most concerned about the toll DNA collection had taken on his son’s mental health. He wanted to know why Uchino hadn’t been let off with a warning at the channel and why — even though Uchino had no intention of running — it was necessary for four officers to escort him to Tsushima Police Station and to take his DNA.

“Although I didn’t think your son would try to run, we needed to ask him some questions,” the young officer replied. “And we had to take photos and the like. He had his car with him, so I called for backup escorting him to the station. It might have been going a little overboard to surround his car like that, but we did it just in case.”

“I understand that it must have been shocking for your son,” the officer continued. “He wasn’t being arrested, so of course he could have refused to come to the station. It was voluntary.”

“We want our son’s DNA deleted”

Uchino’s parents explained that their son was worried his DNA would be used to link him to an unrelated case. If someone wanted Uchino to take the fall for something, maybe they could plant his DNA at the scene of the crime.

“You don’t need to worry about that sort of thing,” he said. “If, for example, my fingerprints were found at the scene of a murder, my involvement might come in question, but the police check suspects’ alibis. There’s no way I would be falsely charged.”

“There’s no way,” he repeated.

The older officer began explaining the benefits of DNA collection.

“If we find a body but can’t identify it — during, say, a natural disaster like the Tohoku earthquake and tsunami or the 2018 heavy rains in western Japan — we can’t notify the deceased’s family. But by cross-checking the DNA with our records, we can figure out who it is. DNA is currently the most accurate way to identify someone,” he said.

“We have a really hard time confirming identities these days, what with people making a fuss about personal information,” he continued. “It’s the same when we deal with financial institutions. They won’t give us personal information even when it really is necessary.”

But Uchino’s parents felt their son’s anxiety wouldn’t ease until his DNA was wiped from the police database.

“We want our son’s DNA deleted, even if we have to pay a fine to have it done,” Uchino’s father persisted. “I’m sure he’ll feel better once the police no longer have his DNA.”

But the young officer only responded, “I can see that it’s really weighing on him, having his DNA taken.”

In the end, the police did not grant his parents’ request, so Uchino decided to take his case to court.

He filed a lawsuit against Aichi Prefecture and the federal government in the Nagoya District Court on Sept. 5, 2019. The suit claims that “the National Police Agency’s continued storage of his DNA data is unconstitutional and illegal.” In addition to demanding the removal of his DNA from the police’s database, Uchino’s suit calls for 3 million yen (about $28,000) in compensation. It also questions the constitutionality of DNA collection itself.

Although the police submitted Uchino’s case to the prosecutor’s office, they received no response. Presumably, the case was dropped.

“My client’s offense was not significant enough to warrant the collection of his DNA. It was collected just for the sake of doing so, and therefore can be considered a violation of his rights,” Kawaguchi said.

All collected DNA is registered to the national database. How will the police react when a citizen tries to reclaim his DNA?

(Originally published in Japanese on Sept. 18, 2019. Translation by Annelise Giseburt.)