Police didn’t take kindly to Shota Uchino (an alias) fishing for bass from the off-limits bank of an irrigation channel. They asked him to come with them to Tsushima Police Station. Uchino drove his own car there, between two officers on motorcycles and a police car.

“What’s going to happen to me?” he wondered as he drove. The passing scenery didn’t register. He felt faint. Although the drive only took about 15 minutes, it felt like twice that.

Upon arriving at Tsushima Police Station, Uchino was taken to an interview room on the second floor. 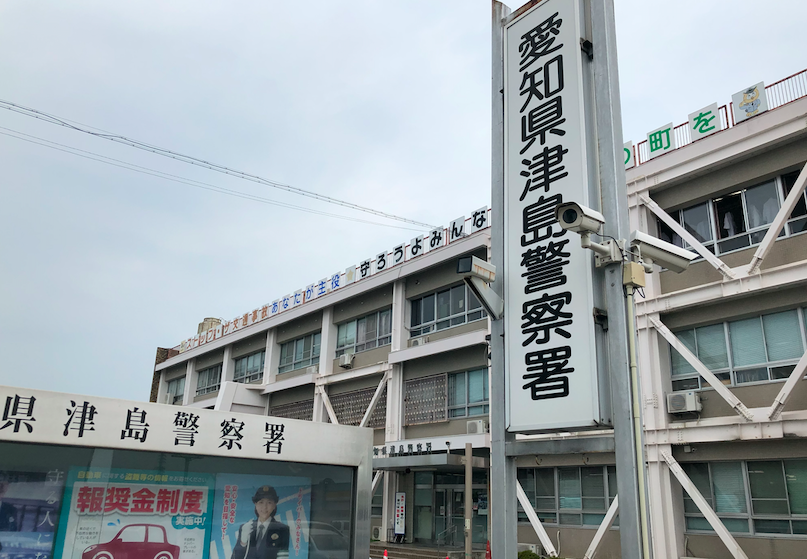 Then he had to turn out all his pockets — to make sure he wasn’t carrying any weapons, according to the officer.

Although he had only been fishing, Uchino was treated as if he had committed a serious crime. Just what had he done wrong? Uchino felt shaken.

He entered the interview room. The tall, young officer who had first stopped Uchino was the one to question him. They sat facing each other at a desk in the middle of the room.

“I can’t have you collapsing on me, so let me know if you don’t feel good,” the officer said.

Uchino had told the police that he suffered from mental health problems, and the officer seemed worried about it.

Still, consideration did not temper his questions.

The officer asked about Uchino’s family. About his education, beginning in junior high school. His work history. His parents’ work.

The questioning lasted about an hour. Although the officer recorded Uchino’s answers on a computer, he was a slow typist. Uchino remembers being asked, “It’s my first time using a computer for this. Are you any good with them?”

As Uchino was being questioned, another officer called from the forensics room across the hall, “I’m going to take mugshots, prints, and DNA.”

Uchino was taken to the forensics room across the hall and handed over to a short, bespectacled officer with close-cropped hair.

First, the officer measured his height and shoe size.

Next, he took photos of Uchino’s face from the front and in profile.

Then fingerprints. The forensics officer pressed down hard on each of Uchino’s 10 fingers to make sure the scanner properly picked up the data.

DNA collection is voluntary, but Uchino was not told he could refuse. It seemed like part of the normal process, so Uchino assumed the police took DNA samples from everyone. He dipped his index finger in black ink and pressed it to the consent form.

The officer passed Uchino a cotton swap and instructed him to rub it on the inside of both cheeks.

“You can stop when the swab changes color,” he said. “That means it’s picked up your DNA.”

It was all over in 10 minutes. The collection of Uchino’s personal data had been quick, routine.

“We work hard to keep everyone safe”

Back in the interview room, the original young officer said he wanted Uchino’s parents to confirm his identity and asked for their phone number. After the call, the two returned to the first floor of the station to wait for them.

“People may say we’re wasting tax money, but we work hard to keep everyone safe,” he said as they waited. “It’s dangerous to fish in the irrigation channel. This is for your own good too.”

After about 50 minutes, Uchino’s parents arrived at Tsushima Police Station in a taxi.

Once they returned home, Uchino told them that the police had taken a DNA sample. “Even DNA?” his parents replied, shocked.

Uchino started to worry that his DNA would be used to frame him for some unrelated crime. He searched online about mistaken arrests, looking at various sites. The more he read, the more his unease grew. It exhausted him, mind and body.

“That was the worst day of my life,” Uchino said.