After learning high levels of toxic chemical PFOA had been detected in the blood of residents near Daikin Industries’ Yodogawa Plant in Settsu City, Osaka Prefecture, a member of the Food Safety Commission of Japan called PFOA pollution a serious public health hazard in response to questions from Tansa on Dec. 6, 2021.

The member said the commission would issue a warning within the week regarding fluoride-coated frying pans, which use PFOA, in order to prevent potential harm caused by ingesting the chemical.

Warning for those unaware of PFOA ban

One of the duties of the Food Safety Commission, which is part of the Cabinet Office, is to ensure people do not ingest harmful chemical substances through food. It is likely the Settsu City residents whose blood contains high levels of PFOA accumulated the chemical through regularly eating crops from fields irrigated with contaminated groundwater. The commission considers this exposure problematic.

PFOA was used in food-related products — such as fluoride-coated non-stick frying pans, hamburger wrappers, plastic wraps around cakes, and microwave popcorn packaging — because it repels water and oil.

The dangers of PFOA are still not well known in Japan, despite the Ministry of Economy, Trade and Industry banning its manufacture and import in October 2021. Many continue to use frying pans that contain PFOA, and, in order to raise public awareness, the commission plans to issue a warning on its Twitter and Facebook pages. 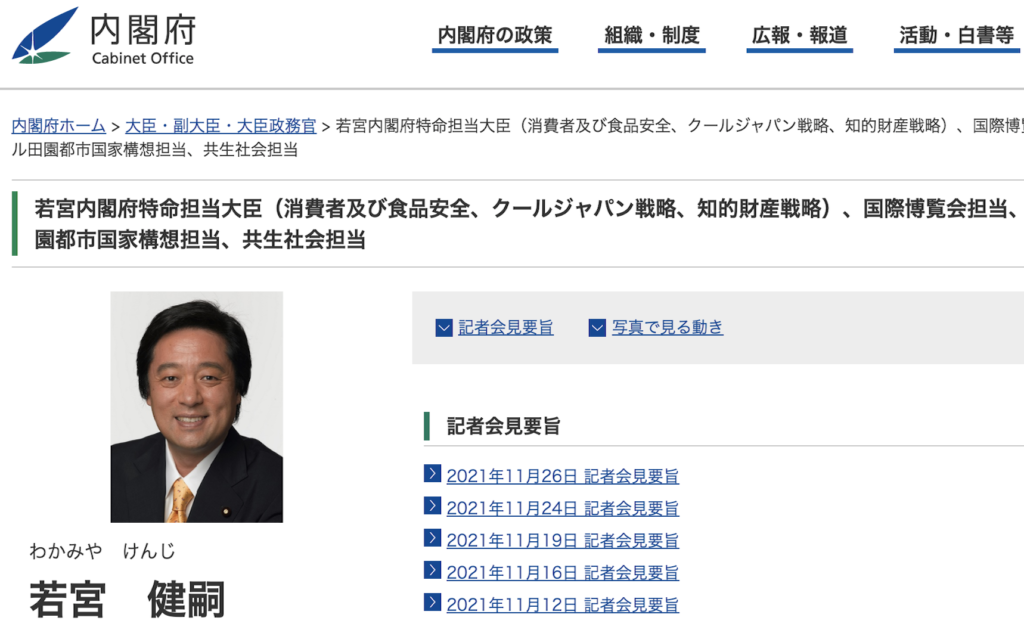 Kenji Wakamiya, Minister of State for Special Missions, Cabinet Office, is in charge of food safety. From the Cabinet Office’s website.

(Originally published in Japanese on Dec. 6, 2021. Translation by Annelise Giseburt.)