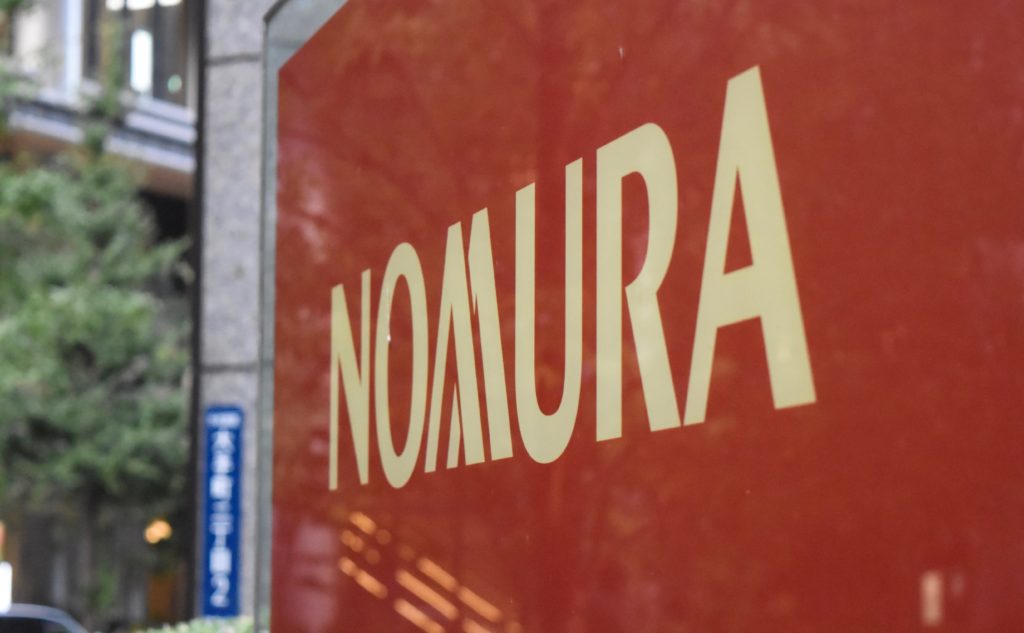 In front of Nomura offices in Tokyo's Otemachi neighborhood. Photo taken on Oct. 18, 2021.

Over 150 billion euros in taxpayer money has been lost through dividend arbitrage schemes, share deals conducted around the dividend date for the sole purpose of receiving tax benefits from the state.

It’s the biggest tax heist of all time, and it appears that members of Japan’s leading securities group, Nomura Holdings, aimed to get a piece of the pie.

Representing damage in 12 countries, the 150-billion-euro sum was calculated by tax law professor Christoph Spengel and his team from the University of Mannheim, in collaboration with German media CORRECTIV.

CORRECTIV has been reporting on dividend arbitrage schemes since 2018, leading the CumEx Files cross-border investigation to understand the true scope of the damage. This year, Tansa joined the team, consisting of CORRECTIVE and 14 other newsrooms, for CumEx Files 2.0.

Tansa was invited to participate because Nomura was named in the CumEx Files themselves, 200,000 pages of documents that include investigation reports from various authorities, interrogation protocols from key witnesses and accused, internal bank documents, emails, and protocols from tapped phone calls. The documents, compiled by CORRECTIV, come from various leaks and are not assigned to a specific authority.

The title of the files refers to a specific type of dividend arbitrage, known as cum-ex, in which banks and investment companies carried out trades to generate multiple tax credits on a single parcel of shares. They do so by making it seem as though there are multiple owners on the dividend payment date. Cum-ex is, in effect, like printing free money.

Another variant, cum-cum, exploits double-taxation treaties through moving shares into a given country only around the dividend payment date in order to obtain a tax advantage.

Our partners at CORRECTIV frame the issue succinctly, calling dividend arbitrage “a story of inequality. Bankers, brokers, and immensely wealthy investors — people with power, money, and privilege — are dipping into the tax funds that we all pay into.”

Although authorities in various countries have attempted to put a stop to dividend arbitrage schemes, the traders continue to refine their methods, often remaining one step ahead.

What was the extent of Nomura Group companies’ involvement in dividend arbitrage? And is it possible that Japan was targeted as well? 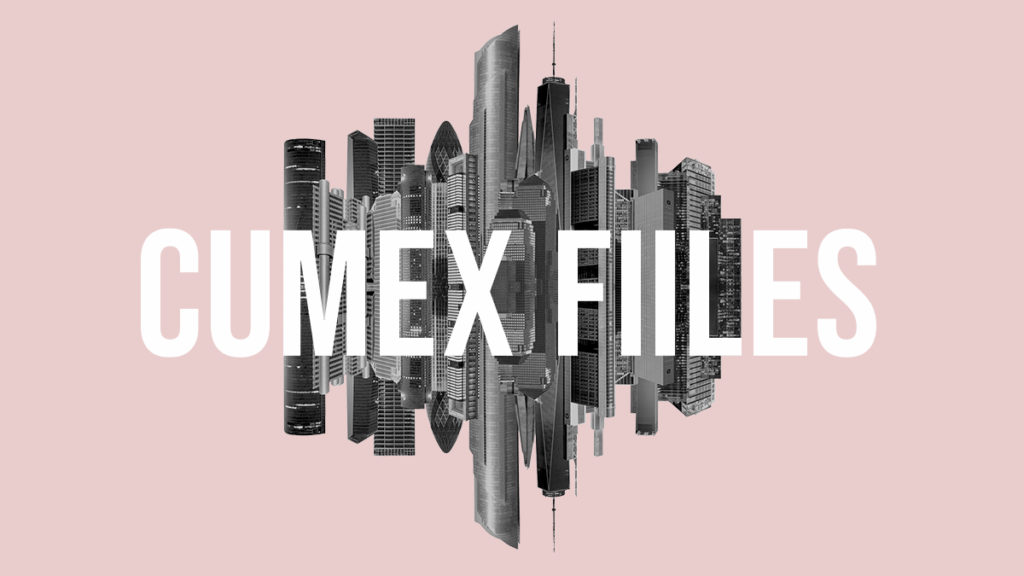 When dividends are paid to shareholders, part of the sum is paid by the company to the state as tax. But this tax can be refunded to the shareholder in part or in full, depending on where and what the shareholder is. In Germany, which was the world’s largest cum-ex market, shareholders automatically received a tax credit refundable by the state when they received their dividend.

Put simply, cum-ex — the generation of two or more tax credits on a single parcel of shares — becomes possible when short selling is used to trick the system into thinking that said parcel has multiple owners.

The German cum-ex trade was highly active from roughly 2008 until 2012, when lawmakers put a stop to it. Although German tax money was the target, the traders worked internationally. They were often based in London but used banks, investment companies, and funds from across Europe and North America to execute cum-ex. As the trades involve complex transactions implemented in a short period of time, prior planning between the various actors was essential.

After it put a stop to cum-ex (although arbitrage schemes continued to evolve), German public prosecutors began investigating and prosecuting the perpetrators. In 2021, two former cum-ex traders were convicted of tax fraud by the country’s top court.

Nomura International plc (NIP), a UK-based member of the Nomura Group, appears to have been involved in cum-ex trades that targeted Germany.

In fall 2014, UK authorities, on the request of their German counterparts, searched NIP’s London office as part of a larger search for records related to cum-ex trades.

According to documents in the CumEx Files, NIP’s role in the trades was to be a short-seller.

One document contains statements from an individual who had participated in cum-ex trades in the past. They noted, “We [cum-ex traders] knew at that time who was active in the market as a short seller.”

The individual named about 10 banks and trading companies, among them Nomura.

Other documents in the CumEx Files tell a similar story. One, a 2010 internal briefing from an investment service active in cum-ex, named NIP as a “counterparty” in “big-figure trades of dividend German shares in the general meeting season.” Yet another trader recounted how, after getting hired by an investment firm specializing in cum-ex, he introduced himself to his arbitrage counterparts at major banks, including NIP.

Tansa has learned that 13 individuals are connected with a German investigation into Nomura’s involvement in cum-ex. At least nine of the individuals are former Nomura Group employees.

In a 2020 shareholders meeting document, Nomura Holdings stated that “NIP and another entity in the Nomura Group are cooperating with the investigation.”

In addition to being implicated in the German cum-ex investigation, Nomura Group companies also appear to have participated in cum-cum trades in Italy.

In June 2019, IBJ Nomura Financial Products plc (IBJN) was ordered by Italy’s top court to return tax credit refunds of approximately 38 million euros — the vast majority of the tax credit refunds it had received in Italy — to the Italian tax authorities for alleged breaches of the U.K.-Italy Double Taxation Treaty.

The Italian investigation into IBJN had begun over a decade earlier. An Italian legal document dated April 22, 2008 states that shares moved into a Milan-based account belonging to IBJN “before the ex-dividend date and left immediately afterwards.” The authorities concluded that “these are transactions carried out for mere tax purposes.” In other words, they were cum-cum trades.

IBJN has been in voluntary liquidation since 2000; the Italian investigation began by focusing on trades that occurred the late 1990s.

There wasn’t only one Nomura Group company active in cum-cum in Italy. Nomura shareholders meeting documents also note that NIP was accused of similar breaches to the Double-Taxation Treaty and that the Pescara Tax Court ruled that NIP must return roughly 34 million euros in tax credits on dividends. NIP is challenging the decision.

According to an Italian reporting partner’s source, interviewed in 2018, banks were spooked when Italy claimed that cum-cum trades — justified by those who practice them as merely using tax loopholes — were illegal. When the Italian authorities began taking corrective action, many banks quickly returned the money in order to avoid prosecution.

But, according to the source, “The trades went on, and Italy is still an active cum-cum market.”

Our reporting partners, in collaboration with Professor Spengel’s team, found that roughly 140 billion euros had been lost through cum-cum trades by 12 mainly European countries, including Germany and Italy, from 2000 to 2020. The remainder of the 150-billion-euro sum is comprised of tax revenue loss from cum-ex and trades using American depositary receipts (ADRs).

Although the Italian investigation suggests that Nomura Group companies have been involved in dividend arbitrage schemes since the 1990s, it appears that one event in particular brought a number of cum-ex specialists into the Nomura fold: the 2008 financial crisis.

The financial crisis (referred to as the “Lehman Shock” in Japan) marked the end of Lehman Brothers, the financial services firm that played a role in triggering the 2008 crash. After the firm filed for bankruptcy, Nomura acquired its Asia division and part of its Europe division — just in time for the cum-ex boom in Europe.

“​​It was the former Lehman Brothers team,” one trader said of their contacts at NIP. “They had already done dividend trades there before they moved to Nomura.”

Among the nine former Nomura employees under investigation regarding cum-ex, Tansa identified six that had previously worked for Lehman Brothers.

Although Tansa sent a request for comment to the Nomura Holdings PR office regarding its group companies’ dividend arbitrage activities, Nomura only responded that it “declines to comment on specific cases.” 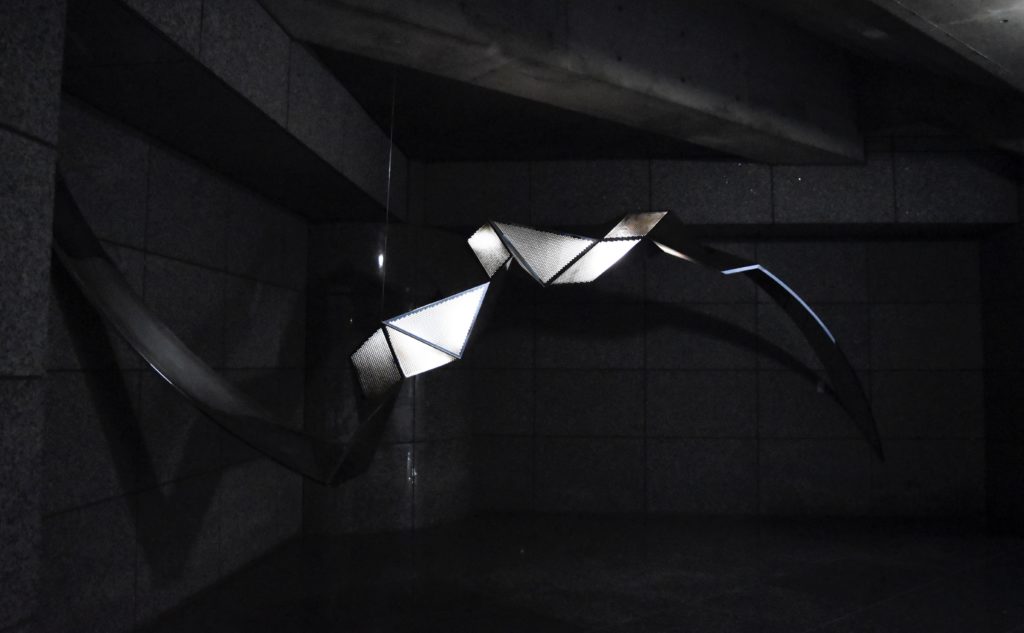 Statue near the basement entrance to Nomura offices in Otemachi, Tokyo. Photo taken on Oct. 18, 2021.

Japan? “There was a definite arbitrage trade there”

Naturally, Tansa was curious whether dividend arbitrage schemes like cum-ex and cum-cum are possible in Japan.

When we spoke with Japanese experts, including a certified tax accountant and members of the financial authorities, they all said “due to the Japanese system, it’s not possible here.”

They reasoned that, in Japan, tax credits for dividends are paid based on each company’s official list of shareholders. Even if shares are traded within a short period of time around the dividend date, there would still be only one owner listed, so it’s not possible for multiple tax credits to be issued as in cum-ex.

However, the traders themselves say otherwise. One former cum-ex trader — who is eager to get back in the game after their legal issues clear up — interviewed by our reporting partners said the following about dividend arbitrage in Japan.

“I’m aware that there was a definite arbitrage trade there.

“​​We had an extra complication in the Japanese market, because all dividends are paid at the same time, on just two days per year: on the last day of March and the last day of September. But [it wasn’t a problem] for a big bank with plenty of funding.”

Who could be right, the traders or the Japanese experts?

Tansa will continue to report the results of our investigation into dividend arbitrage schemes going forward. 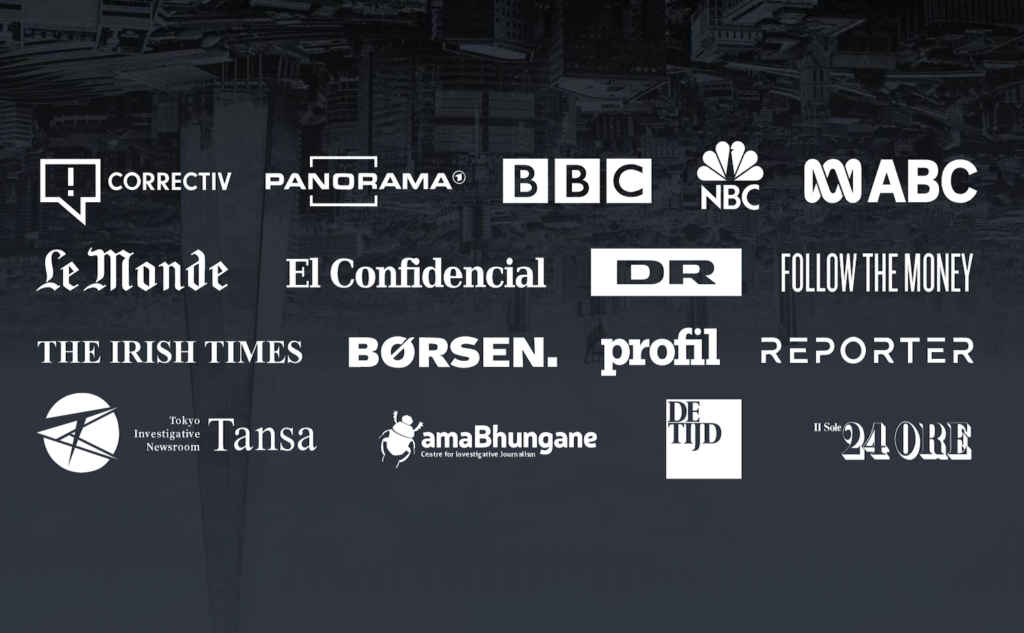