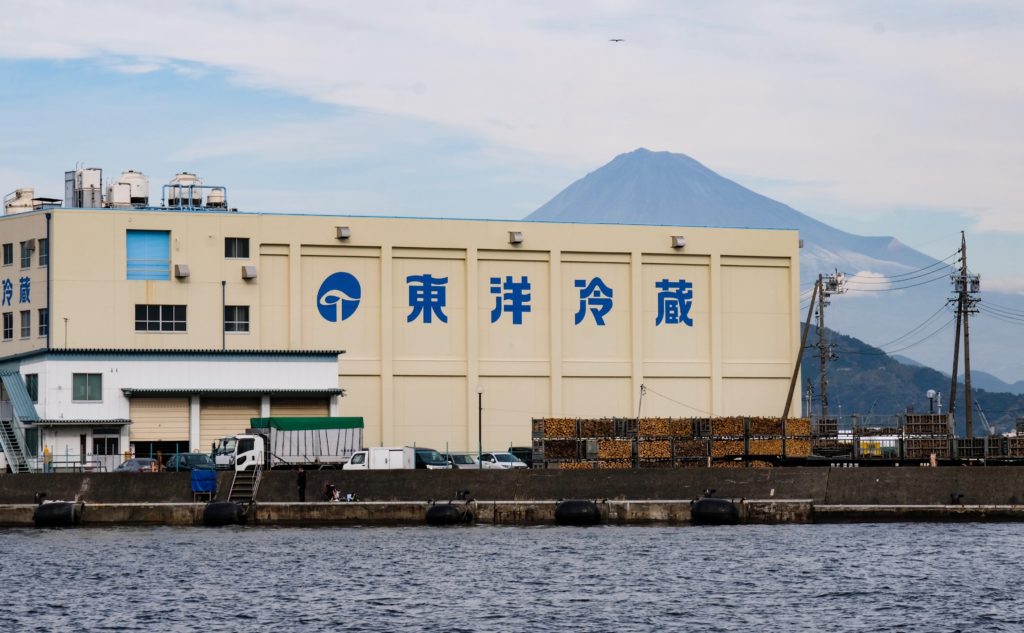 At least 10 crew working for Chinese distant-water tuna fishing company Dalian Ocean Fishing (DOF) passed away in 2019 and 2020. Subjected to grueling labor — including over 24 hours of work when tuna was plenty — and given substandard food and water, many died of illness without being taken to shore for treatment. Tansa’s previous article described conditions on DOF’s deadliest vessel, the Longxing 629.

DOF’s primary market was Japan. Its tuna was purchased by Toyo Reizo, the seafood arm of Mitsubishi Corporation.

In response to question from Tansa, Mitsubishi stated that Toyo Reizo’s last purchase from DOF had been in April 2020. However, when the companies were still doing business, in some years Toyo Reizo had purchased 70–80% of DOF’s catch.

One document in particular revealed a great deal about these two tuna giants’ relationship.

“Our only customer in Japan”

Since its founding in 2000 by former banker and apparel exporter Li Zhenyu, DOF set its sights on rapid expansion.

In 2014, the company tried to go public on the Hong Kong Stock Exchange in a bid to raise funds to purchase more fishing vessels. Although the plan went under when draft initial public offering (IPO) documents filed to the exchange raised criticism from environmental groups and the press, the IPO — containing various details about DOF’s business — has been immortalized online.

“We focus on catching and selling premium tuna, which are primarily used in high-end sashimi,” the document states. “During the Track Record Period, we primarily sold our premium tuna to the Japanese market, the world’s largest market for premium tuna.”

The IPO also notes that DOF’s only customer in Japan was Toyo Reizo, Japan’s largest tuna importer and a 95% subsidiary of Mitsubishi Corporation.

Although it claims to have received at least one business offer from another Japanese importer, DOF “valued its good working relationship with Toyo Reizo and, accordingly, decided not to sell tuna to other importers in Japan.”

“​​We have an established business relationship with Toyo Reizo of over 13 years,” the IPO reads — a relationship that began since practically DOF’s inception.

The document also notes the revenue DOF derived from sales to Toyo Reizo from 2011 to 2013. 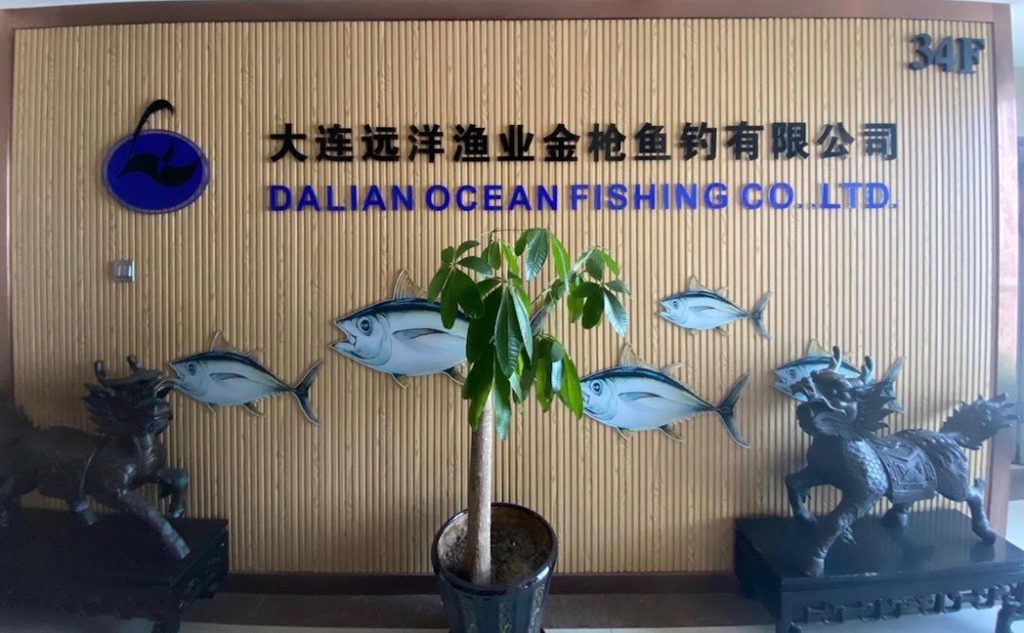 Japan’s own fleet of distant-water tuna longliners has been in decline for decades.

Although the country boasted roughly 1,000 longliners in the 1970s, rising fuel costs, stock depletion due to overfishing, stricter international regulations, an aging workforce, and increased competition slowly decimated the fleet, which by 2020 was down to less than 200 vessels.

However, Japan still consumes roughly 80% of the world’s sashimi-grade tuna. Although the expensive bluefin tuna is more well known, in reality a greater amount of yellowfin and bigeye tuna — DOF’s primary catch — is consumed by volume.

While Japan partially relies on farmed tuna, foreign fishing fleets like DOF increasingly supply its tuna caught in the wild. Out of the 357,000 tons of tuna consumed in Japan in 2019, half was imported, according to Fisheries Agency statistics.

With an eager customer in Toyo Reizo, DOF grew at a rapid pace. In August 2013, Toyo Reizo, Mitsubishi Corporation, and DOF signed a memorandum of understanding in which the former two promising to increase their purchase volume as the latter’s fleet expanded, according to the IPO.

Although DOF had begun with only three fishing vessels in 2000, by 2020 it appears to have operated 35 longliners across the Pacific, Atlantic, and Indian oceans.

Although many of these vessels were purchased in China, at least 11 were bought from Japanese sellers. The IPO explains how DOF “utilized information provided by our customer in Japan [i.e. Toyo Reizo] and other channels of information” to identify Japanese vessels for purchase. As many of the Japanese shipowners were already suppliers of Toyo Reizo, it was a smooth transition.

According to another document, DOF aimed to “become the world’s largest distant-water tuna fishing company.” 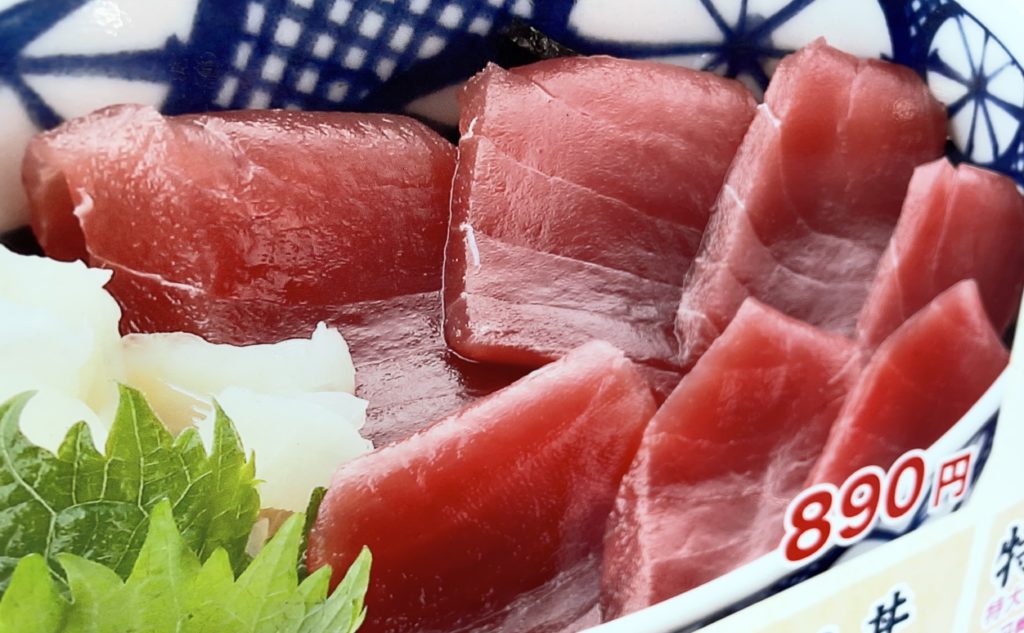 Eaten away at by maggots

In addition to the Chinese captains and other senior officers, DOF’s fleet was manned by young migrant workers, primarily Indonesians as well as some Filipinos. On top of the four deaths described in our previous article, we learned of at least six others among DOF’s fleet.

Their number included two Filipinos, one so sick that maggots began eating away at his rotting back, according to an Indonesian crew interviewed by our reporting partner Mongabay.

Another vessel proved fatal for a Chinese crew member who injured his foot on board. The wound festered, but, despite the man’s request for proper medical care, the captain never made for port.

We learned of these deaths — as well as numerous occurrences of excess working hours, violence, threats, and substandard food and water — through interviews conducted with former crew from 14 of DOF’s vessels by our reporting partner Mongabay and the nonprofit Environmental Justice Foundation.

The interviewees all worked for DOF between 2018 and 2020. Although conditions varied by boat, our findings indicate that harsh treatment was the norm rather than the exception on DOF’s fleet.

・One Chinese crew died of an infected wound; he asked to be taken to shore but was ignored. (Long Xing 621)

・One Filipino was so sick that maggots appeared in a sore on his back; he died shortly after being taken to shore. (original vessel unknown)

・After one Filipino died, his body was stored in the ship’s freezer for a few months. (Long Xing 905)

・As reported in our previous article, four Indonesians from the Long Xing 629 died.

・ “The foreman whipped my friend’s back with a rope when he didn’t work fast enough.” (Long Xing 628)

・ “One crew got molested. Another got hit until his mouth was bleeding.” (Tian Xiang 8)

・ “The water was sometimes yellowish, sometimes had moss. The chicken served on board was yellowish and slimy; it had been packaged in 2012.” (Long Xing 625)

・ “They did not give us enough food for the work load. They sometimes gave us just one plate of a [non-staple] dish for multiple people.” (Long Xing 611)

・ “We sometimes worked for two days straight. Usually we only got two or three hours of sleep.” (Long Xing 622)

・ “It was like we were working to catch all of the fish possible. But they didn’t care for the crews whatsoever.” (Long Xing 601)

・ “We were often forced to work without gloves, and the boots made my feet ache.” (Tian Xiang 8)

・ “Even if the Chinese crew went to port, we were just transferred to another DOF vessel.” (Long Xing 601)

・ “The captain kept our passports while we were on board.” (Long Xing 630 and others)

Mitsubishi Corporation: “We learned of it through the news”

Was Toyo Reizo or its parent company Mitsubishi Corporation aware of the abuses happening in its tuna supply chain?

The IPO suggests that the three companies were in close communication. When describing their above-mentioned memorandum of understanding, the document notes the following.

“The parties endeavour to develop their long-term collaboration and agree to arrange regular visits and meetings to foster greater communication regarding the premium tuna market, demand and supply in that market, as well as future trends.

“Toyo Reizo will provide regular training programs in respect of tuna processing, freezing, and storage for our captains and other crew members.” 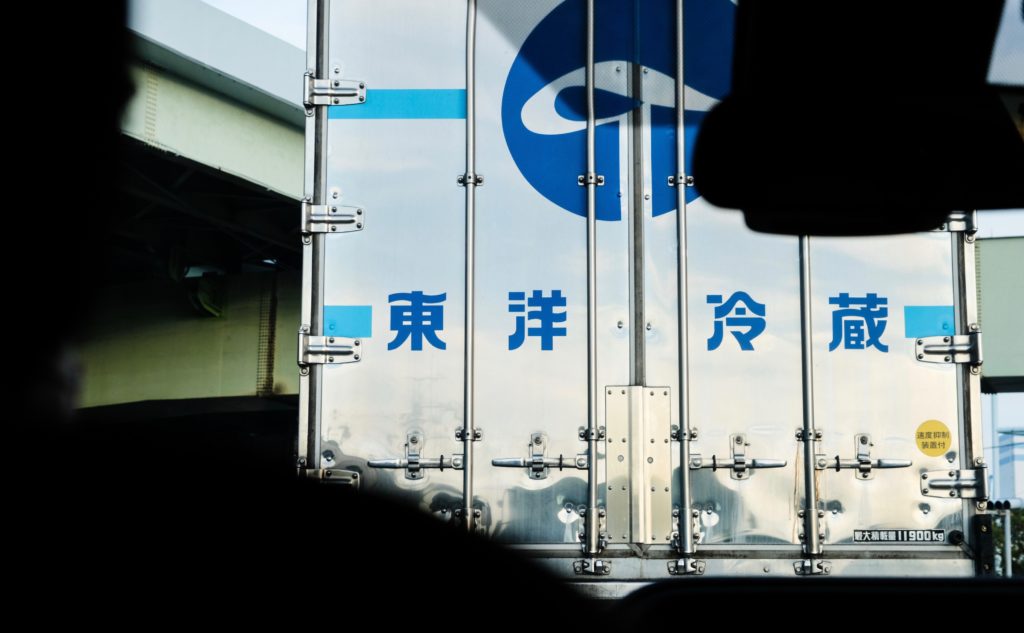 A Toyo Reizo truck heads to the wharf where tuna is unloaded at Shimizu port, Shizuoka Prefecture. Photo taken on Dec. 9, 2020.

If, as the IPO describes, the companies were having regular meetings and conducting joint training programs, perhaps Toyo Reizo and Mitsubishi might have had the opportunity to catch wind of the situation on their supplier’s fleet.

However, in response to Tansa’s question as to when they first learned of DOF’s abuses, a representative from the Mitsubishi public relations office replied that they had first learned “through the news in May 2020” — when the Long Xing 629 story broke — but that they “do not know anything other than what was reported.”

As for its current relationship with DOF, the corporation stated that “from April 2020 until now we have done no business with DOF, and we have no plans to do so in the future.”

When we asked what measures Toyo Reizo and Mitsubishi have in place to prevent abuses in their supply chains, the corporation replied as follows.

“We confirms fishing companies’ attitude toward sustainability and human rights, etc. through direct dialogue and providing opportunities to exchange opinions.

“Since 2017, we have conducted an annual survey of suppliers that handle products for which environmental and social consideration is strongly demanded, in order to understand the implementation status of our ‘action guidelines for sustainable supply chains’ that we share with our suppliers.”

The surveys and opinion exchanges hadn’t been enough to prevent multiple deaths on DOF’s fleet. Although Mitsubishi said it would strengthen its measures going forward, it declined to provide further details when asked.

Distant-water fishing is a notoriously difficult industry to monitor. Next time, we’ll explain how abuses on board stay out of sight and out of mind for consumers in Japan.

“Death on Distant Water” is a collaborative investigation by Tansa, Mongabay, and the Environmental Reporting Collective.

Previous article Next article
Death on Distant Water: All articles