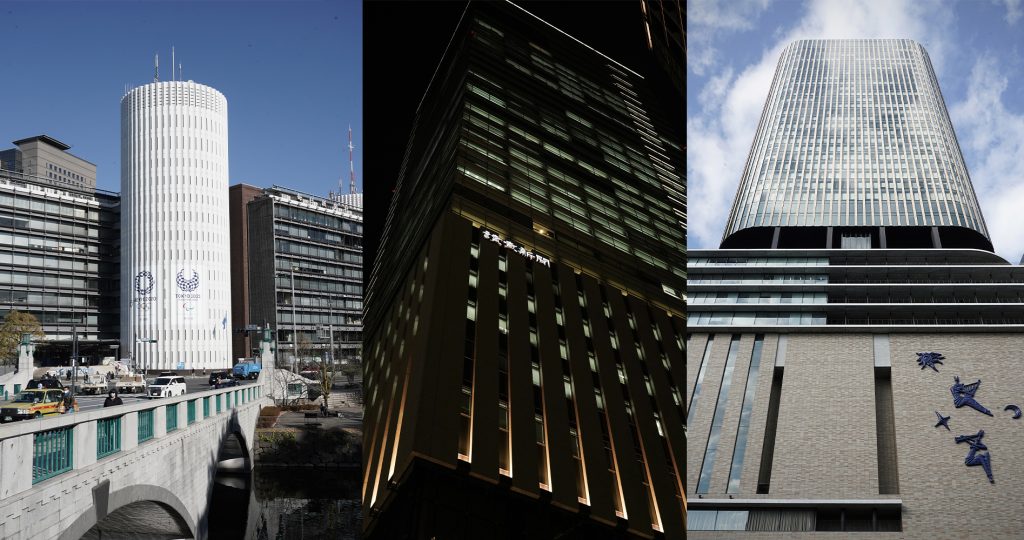 (From left to right) Head offices of the Mainichi, Yomiuri, and Asahi newspapers

Lawyers and the government tried to address the prevalence of questionable sales activities by Japan’s newspapers.

On May 7, 2015, the Japan Federation of Bar Associations (JFBA) called on the government to strengthen regulations regarding door-to-door and phone solicitations for newspapers, among other products. In particular, they “strongly urged” the prohibition of soliciting where it is clearly unwelcome, such as at homes displaying a “no soliciting” sign.

The government had a similar inclination. In early 2015, it moved to consider a ban on unwelcome soliciting through amending existing legislation.

“Preying upon elderly individuals with dementia”

In March 2015, Japan’s Consumer Commission — an organization established by the Cabinet Office to receive input on consumer affairs from experts — held the first meeting of an expert committee to discuss amending the Specified Commercial Transactions Act. The move, taking place just a few months before the JFBA made its recommendation to the government, had been prompted by then Deputy Prime Minister Taro Aso.

Intended to prevent harm caused by soliciting, the Specified Commercial Transactions Act was created in 1975 and has been amended a number of times since to address various soliciting-related issues. In 2015, the Consumer Commission’s expert committee was tasked with discussing whether the law’s regulations should be further strengthened — such as by banning unwanted soliciting. Until then, the law had only noted that solicitors have an obligation to check whether their overtures are welcome.

Among complaints regarding soliciting received by consumer affairs centers, the greatest number frequently relate to newspapers, with over 50,000 cases reported between fiscal years 2010 and 2014.

“I think we can see that an incredible number of solicitors — forgive the expression — prey upon elderly individuals with dementia.”

“Initial rejection turned into a sale”

Three senior members of the Japan Newspaper Publishers & Editors Association — which is comprised of 103 papers from across the country — were invited to share their industry’s view on soliciting regulations at the expert committee’s sixth meeting on June 10, 2015. Representing the association were board member Toshikazu Yamaguchi (representative director, Yomiuri Group) and two members of its sales committee.

Yamaguchi, who had covered prosecutions earlier in his career as a metro section reporter, elucidated the committee on newspapers’ raison d’etre.

“By conveying news and other information necessary to the public on a daily basis and offering a diverse range of opinions and commentary, newspapers have contributed to the preservation and development of our democratic society.

“Newspapers have always considered issues from the perspective of the consumer, proactively reporting on consumer issues and ringing the alarm.

“Newspaper distributors contribute to local communities by watching over the elderly and those living alone, as well as through crime- and disaster-prevention activities.

“A total of 344,513 people are employed by newspaper distributors throughout Japan, 81.1% of whom work other jobs as well. They are consumers and community members.”

Having laid out the role of the newspaper in society, Yamaguchi then addressed the issue of coercive sales tactics.

“Newspaper solicitors have various ways of making contact, and the truth is that there are many cases where an initial rejection is turned into a sale. But I wouldn’t consider those sales ‘coercive.’

“If we automatically consider all such instances as coercive, that means we have to take a single rejection as a totally permanent decision. But, in reality, the sales of our product includes many instances where we don’t assume the decision is permanent and are at last able to get the customer to take out a subscription. Therefore, I have to wonder whether strengthening the existing regulations might be excessive. I’m quite concerned that it would stifle newspaper distributors’ performance more than is necessary.”

In addition to the above, Yamaguchi made it clear that the Japan Newspaper Publishers & Editors Association was “strongly opposed” to a legal ban on unwelcome soliciting.

“Are you not able to respect the decisions of those who refuse?”

“I’m sorry, but based on what you just said, are your solicitors not able to respect the decisions of those who refuse? I mean, that’s how it sounds to me.”

“It’s not like our solicitors are told to come again in six months, but they do pay another visit,” Yamaguchi replied. “In many cases, that leads to a subscription.

“If it’s a clear refusal, then that’s a different story. But it’s likely that if the solicitor feels he still has a chance, he will try again.”

Some of the other attendees couldn’t hide their amusement at his explanation.

“You may laugh,” said Yamaguchi, displeased, “But I have said repeatedly that we are making honest efforts to sell an honest product. I would appreciate it if you listened respectfully.”

In the end, the expert committee did not conclude that unwelcome soliciting should be banned under the law.

It still isn’t. And elderly individuals are still the victims of coercive newspaper sales tactics.

Tansa decided to ask the Consumer Affairs Agency whether the government was currently considering any measures to address the issue.

On Dec. 22, 2020, we interviewed Takefumi Sekiguchi, a specialist in the Consumer Affairs Agency’s Consumer Transaction Division. Sekiguchi, who had worked as a lawyer earlier in his career, explained to us how the Specified Commercial Transactions Act regulates coercive soliciting.

Violations of the law are punishable by up to three years in prison, a fine of 3 million yen (about $28,400), or both. Those convicted can have their license revoked or be banned from doing business for up to two years.

Solicitors are prohibited from “intimidating and confusing” solicitees.

Tansa interviewed a man, 84 years old and living in public housing in Osaka’s Sakai City, who had become so stressed by repeated phone and house calls from a Yomiuri Shimbun solicitor that the solicitor even appeared in his dreams. Sounds something like intimidation and confusion.

“Taking advantage of elderly individuals unable to make decisions for themselves” is also illegal.

That description fits another case Tansa covered, of a woman (84) with dementia. When asked by her daughter why she had subscribed to four papers — the Yomiuri, Asahi, Sankei, and Mainichi — the woman said “there must have been some mistake.” She didn’t even remember taking out the subscriptions. Despite living on pension payments of a mere 110,000 yen (about $1,050) per month, the woman found herself saddled with four papers. 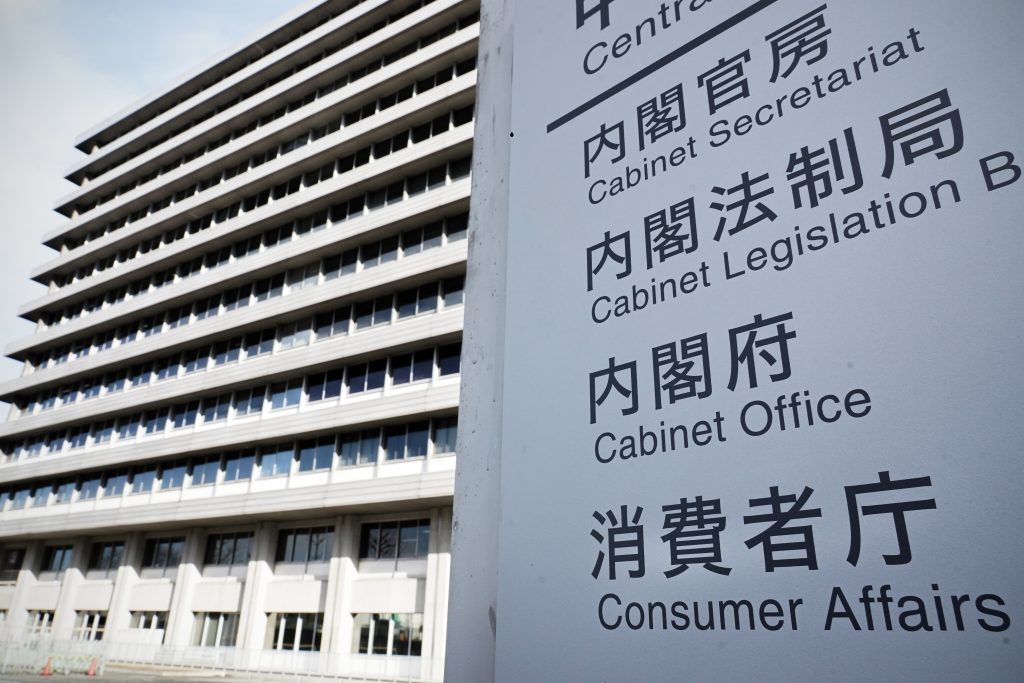 Consumer Affairs Agency not getting involved

But newspaper companies have an out.

Even if an instance of coercive soliciting was confirmed, the paper could throw its distributor — a subcontractor — under the bus by claiming it had no idea what the distributor was up to.

“Newspaper subscriptions are unique,” Sekiguchi explained. “When someone takes out a subscription, they don’t actually enter into a contract with, say, the Yomiuri or the Mainichi, they enter into a contract with the distributor. So the distributor would be the one punished [for breaking the law]. In terms of the newspaper companies themselves, the Consumer Affairs Agency could request that they implement some voluntary countermeasures, but they can’t actually be penalized.”

We asked if there was any other way to address the issue.

“If significant harm was caused by how newspaper companies are using their distributors, then I suppose we would have to say something [to the papers],” Sekiguchi replied.

Judging by the frequency and content of the cases Tansa has examined, “significant harm” isn’t just a hypothetical, it’s happening.

However, the Consumer Affairs Agency didn’t seem too interested in getting newspaper companies to address the issue.

“The business model of door-to-door soliciting for newspapers is collapsing,” Sekiguchi said. He was of the opinion that even without government intervention, newspaper soliciting would be gone before long.

(Compiled from articles originally published in Japanese on Dec. 29, 2020 and Jan. 29, 2021. Translation by Annelise Giseburt.)