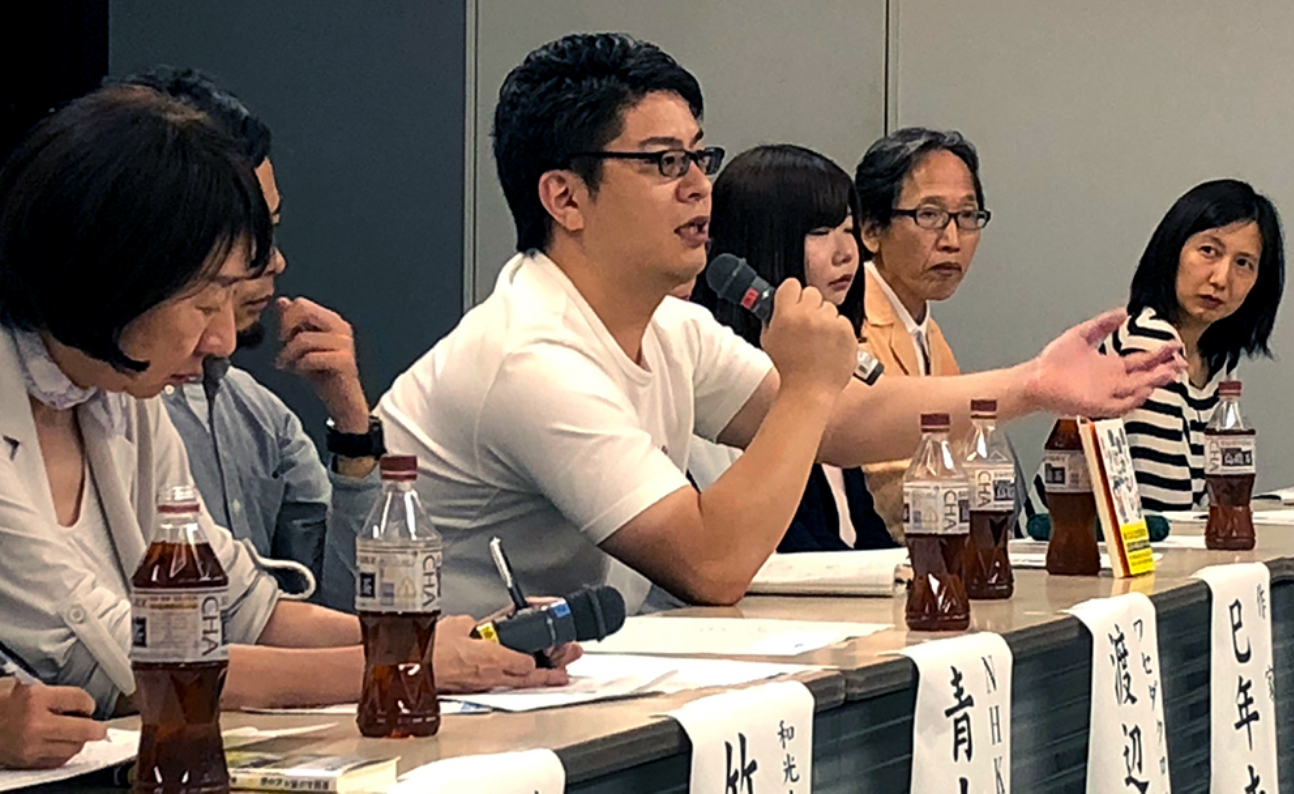 After the ceremony, Editor-in-Chief Makoto Watanabe discussed the role of nonprofit and independent media in Japan.

On Sept. 18, 2018, the nonprofit Anti-Poverty Network announced that it had awarded Tansa’s investigative series “Forced Sterilization” its prize for excellence in reporting on poverty. Anti-Poverty Network said we had “blazed a path” in the reporting of this issue. An award ceremony was held on the same day as the announcement.

“People in power have always abused those without power,” said Editor-in-Chief Makoto Watanabe in his acceptance speech. “Throughout our reporting, we have constantly interrogated our own positionally and who we are reporting for.”

Our series on forced sterilization began on Feb. 13, 2018. It revealed that Japan’s prefectures competed against each other to conduct the greatest number of sterilizations and that they collected medical and criminal records of victims’ relatives, based on orders from the then labor and welfare ministry. One particularly shocking source was a pamphlet published by the Hokkaido prefectural government commemorating the sterilization of over 1,000 people.

Through sharing one survivor’s story in detail, we also reported that the Board of Governors of NHK, Japan’s public broadcaster, and the chairman of the Kahoku Shimpo, an influential regional newspaper based in Sendai, were involved sterilization program. Our reporting has pushed the Japanese government to consider redress for the victims, and mainstream media outlets also began reporting on the issue. Our coverage will continue as well.

Reasons for receiving the prize

Below are the reasons we received for being awarded the poverty journalism grand prize.

“For decades after World War II, the Eugenic Protection Law imposed forced sterilizations on people suffering from mental and physical disabilities. Supported by the government, such surgeries were legally practiced from 1948, when the law was enacted, until 1996, when it was repealed. In recent years, survivors have begun raising their voices and taking their cases to court, triggering media coverage by major news organizations. Waseda Chronicle [Tansa’s previous name], an online nonprofit news organization, blazed a path for such media coverage when it released the first reporting on this issue in February 2018. The Chronicle is the first serious nonprofit, independent investigative news organization in Japan. Its funding comes from donations, and it runs no ads nor imposes a paywall.

“Based on documents obtained through freedom of information requests, the Chronicle published 26 [Japanese-language] articles in its series up through the end of August 2018. Japan was shaken when the perpetrator of the 2016 massacre at a facility for individuals with mental disabilities in Sagamihara confessed to being motivated by eugenics. The Chronicle’s reporting clearly revealed that Japan’s central and local governments, as well as doctors and journalism organizations, were attempting to ‘prevent the births of inferior offspring’ based on the concept of eugenics. In one case, a victim was forcibly sterilized just because her poverty prevented her from doing well in school. Waseda Chronicle’s reporting is a warning that the same mistakes will be repeated unless society faces its ‘heinous history [of forced sterilization.’

“By sharing survivors’ chagrin and sorrow, the Chronicle’s reporting was an outstanding journalistic achievement, and it continues to pursue this issue to date.