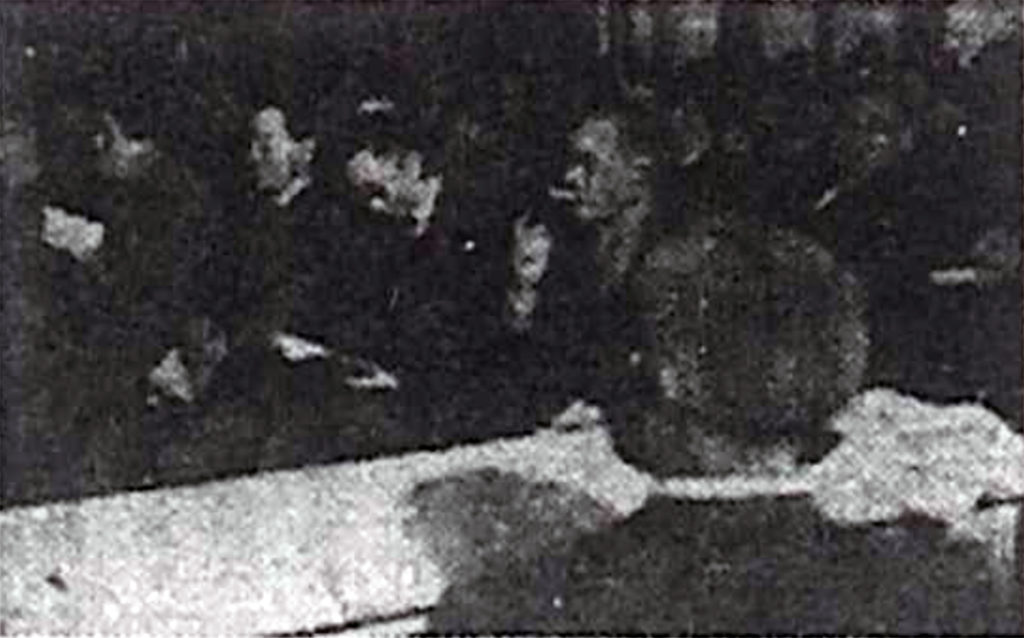 Note: Documents obtained by Tansa include discriminatory expressions. In order to illustrate the situation fairly and accurately, we refrained from editing or censoring them.

February 12, 1957. A blanket of snow fell upon the city of Sendai, chilling its inhabitants.

At 10 a.m. that day, 200 prominent educators and welfare officials from throughout the prefecture gathered at a wooden, two-story inn for the first meeting of the Miyagi Prefecture Commission for the Protection of Mentally Disabled Children.

The commission’s aim was to “to prevent the birth of inferior descendants through thorough implementation of eugenic surgeries.”

Three years after the end of World War II, Japan enacted the 1948 Eugenic Protection Law, which allowed the state to forcibly sterilize individuals with disabilities. By the time the law was amended in 1996, more than 16,500 people had been subjected to sterilization surgery.

By the time the Miyagi Prefecture Commission for the Protection of Mentally Disabled Children held its first meeting, it had already been decided that Kitei-en, a school for children with mental disabilities which had burned down two months prior, would be rebuilt with funds from both the prefecture and national government. However, the commission had other plans — to build and manage another facility, called Komatsushima School, with donations gathered from the public.

The commission’s first meeting was led by Kirayuki Sumeragi, a professor at Tohoku University, and Kichishiro Seino, the principal of a local elementary school. Officers for the commission were selected through reports and a screening process.

None of the commission’s leadership faced any opposition in their election.

Ungoro Uchigasaki, president of Tohoku Electric Power and a prominent figure in Tohoku economics, was chairman of the commission.

The three vice chairmen hailed from the Japanese Society for Disabled Children, the Regional Women’s Organization, and the Miyagi Teachers’ Union, which they also chaired.

The board of advisors consisted of 29 respected individuals in the fields of politics, finance, medicine, and media. 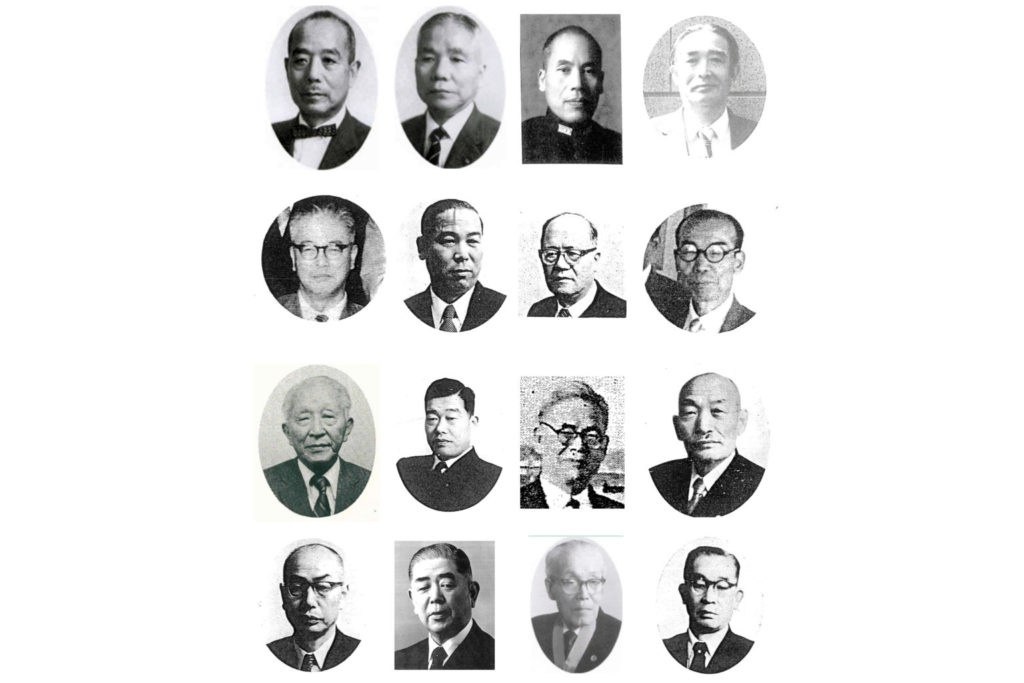 Why were so many influential individuals needed for the establishment of a facility for children with mental disabilities?

The answer lies in the organization’s charter, which was titled “Commission for the Protection of Mentally Disabled Children: Our approach to working for the happiness of mentally disabled children.”

The charter stated that the commission’s objective was “to limit the number of children with genetic mental handicaps through thorough implementation of eugenic surgeries.”

In the following excerpt, the notion of eugenics is further contended.

“However, if we do not act with utmost caution, our cause could potentially become a violation of human rights. To prevent this, we must act with love — love for those with intellectual disabilities — and inspire it in the public too. We must ground our work in a humanist mentality, with love for our fellow people.

“Although the path to advancement is riddled with obstacles, like the one mentioned above, we must carry out this task in order to rebuild our race as a ‘100-year plan’ for Miyagi Prefecture.”

In other words, the Commission for the Protection of Mentally Disabled Children called on the elite men of Miyagi Prefecture to help systematically and forcibly sterilize those deemed to stand in the way of reviving the Japanese race.

Ironically, the very organizations meant to keep such abuses of power in check — regional newspapers and public broadcasting networks — were deeply involved in abetting them.

The commission built and operated Komatsushima School, whose students were children deemed to have intellectual disabilities. Junko Iizuka, whose story we previously reported, was part of its inaugural class. Her involvement with this school would go on to play a large role in her forced sterilization.

When asked about its involvement with the commission, NHK stated that “it had no records of such.” Kahoku Shimpo refused to give a statement.

However, documents show that at least two heads of the Sendai Central Broadcasting Station, which is now the Sendai branch of NHK, were on the commission’s board of advisors.

One, Hiroshi Asanuma, assumed his role as an advisor to the commission in 1957, the year it was founded. In 1959, he was transferred to Tokyo to lead NHK’s educational programming. The same year, Kozo Kawakami, another member of the commission’s advisory board, replaced him as head of the Sendai Central Broadcasting Station.

These weren’t just any employees — top management from what is now the NHK were advising the commission.

In other words, Japan’s major public broadcaster was involved with an organization that advocated for the thorough implementation of forced sterilization.

Kozo Kawakami resigned his post as head of the Sendai Central Broadcasting Station in 1961. He left the following haiku at his departure.

Iwamoto had yet another title: executive board member at NHK.

NKH has “no record” of involvement

The NHK executive board is the highest level of management in the organization, setting the general plan that oversees the budget process and program production, as well as supervising the NKH officers. Policy at the time stated that the executive board “determines NHK’s management policy and has the authority and responsibility to control the operation of the business.”

This means that a vice chairman of an organization that advocated for forced sterilization was part of the leading authority at NHK, Japan’s proud public broadcaster.

However, in response to questions from Tansa, NHK maintains that it “has no record” of Iwamoto’s involvement in the Commission for the Protection of Mentally Disabled Children. It appears that NHK does not intend to look into any official documents other than its own.

As for Iwamoto’s position on the NHK executive board, NHK stated that “it has always abided by the Broadcasting Act, under which executive board members are appointed by the prime minister with authorization from both houses of the Diet. NHK has never been involved in the selection of the executive board.”

Iwamoto was an NHK executive board member from July 1958, the year after he became a vice chairman of the Commission for the Protection of Mentally Disabled Children, to October 1964.

During his seven-year tenure, 450 people were forcibly sterilized in Miyagi Prefecture.

Ten minutes northwest of Sendai Station lies an avenue of ginkgo trees, an iconic symbol of Sendai. Residents of the city know this street as icho-zaka, meaning gingko hill. Both St. Paul’s Bookstore and Mototerakoji Catholic Church are located on this street; they share the same grounds.

A picture of Mother Teresa is pasted in the window of the bookstore, appended by the words: “Your life is of infinite value.” 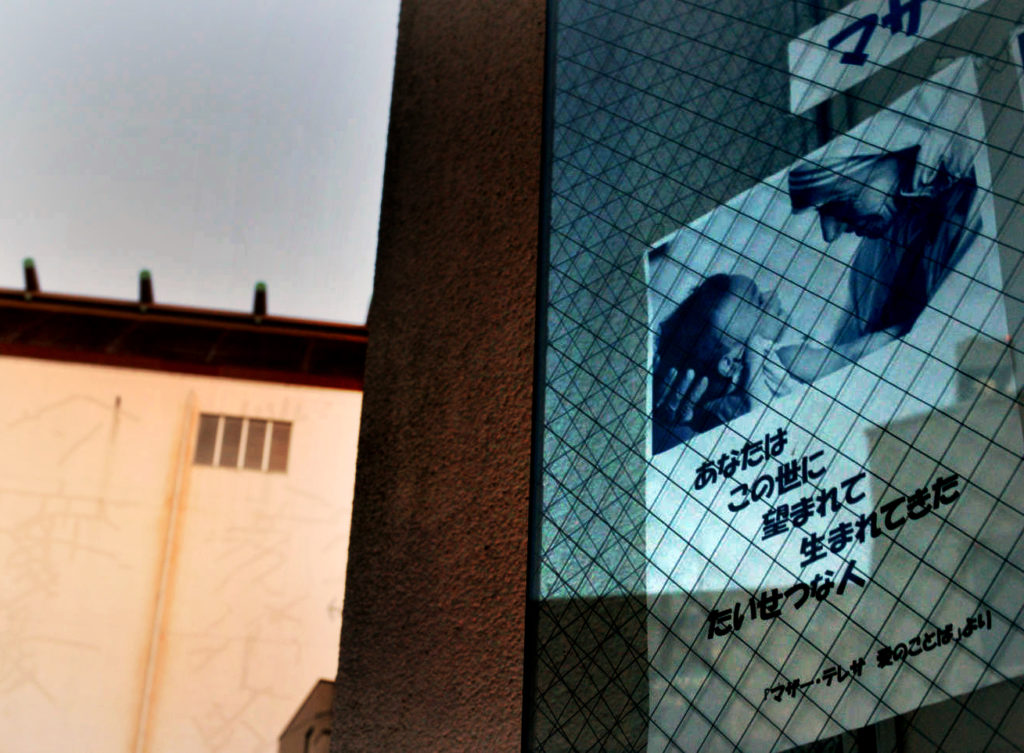 On the other side of the street, Iwamoto, who was a physician prior to his role on the NHK executive board, operated a medical practice called Iwamoto Hospital. A graduate of the then Tohoku Imperial University Medical School, Iwamoto had established the hospital after his previous practice was damaged from Allied bombing during World War II. With over 100 beds and a massive concrete build, it was a sizable hospital.

Iwamoto was known to residents of the city as “the good doctor near the church,” in the words of an elderly church-goer. She, like Iwamoto, was a graduate of Tohoku University Graduate School of Medicine and, as a small child, had even been treated for an injury by Iwamoto himself.

Iwamoto was the chairman of both the Miyagi Prefecture Society for Disabled Children and the Sendai UNESCO Association.

In a booklet commemorating the establishment of the UNESCO Association, former secretariat head Ikuo Matsuo states the following.

“Mr. Iwamoto loved children more than anyone else I knew. He always believed that peace could not be upheld in society without first realizing it in the hearts of the youth. ”

Iwamoto himself paid most of the construction fees for a new UNESCO Association office building. The remainder was funded by the United Nations headquarters and donations from Iwamoto’s supporters.

Among his many supporters was even a prisoner on death row who Iwamoto had preached repentance to. A letter was sent along with the inmate’s donation, stating, “I hope this humble donation can be used to purchase even a single stone for the foundation of your great enterprise.”

Iwamoto achieved a near saint-like reputation in Miyagi Prefecture.

He was also familiar with Buddhism. In a 1956 memorandum titled “Too Human,” he wrote the following:

“Although I try to sincerely repent my sins before God, even after 65 years on this planet, I have yet to drop my pretense of being a good man.”

The following year, Iwamoto became a vice chairman of the Miyagi Prefecture Commission for the Protection of Mentally Disabled Children, which advocated forced sterilization.

This hypocrisy wasn’t just limited to Iwamoto — many members of the Miyagi Prefecture Commission for the Protection of Mentally Disabled Children were known supporters of welfare and education for those with disabilities.

Norio Shoji (94), a resident of Shibata, Miyagi Prefecture, saw this with his own eyes.

Shoji, having launched Miyagi’s first “special education” class in 1948, is known to be the founder of “special education” in Japan; it is now known as special needs education under the School Education Law. He knew a number of members of the Miyagi Prefecture Commission for the Protection of Mentally Disabled Children.

Shoji’s inspiration to create his special education class came from his desire to “give all children an opportunity to receive education.”

According to Shoji, Yoshio Ogawa, member of the Miyagi Prefecture Commission for the Protection of Mentally Disabled Children, was the director of Miyagi’s Child Guidance Center. Kirayuki Sumeragi, another member, was a professor at Tohoku University and head of Miyagi’s special needs education research team.

Ogawa and Sumeragi worked together in the field of special needs education. Ogawa was often asked to provide lectures on the topic for the research team. He was also known for helping orphans in the wake of the war.

Shoji was a member of the special needs education research team too. He often provided guidance to the children in his care.

We showed him the Miyagi Prefecture Commission for the Protection of Mentally Disabled Children charter. Shoji said he remembered being given a copy the same document many, many years ago.

We asked him to re-read the passage espousing the “thorough implementation of eugenic surgeries.”

Then we asked why an organization that claimed to work for the happiness of children with disabilities would have the stated goal of “rebuilding our race.”

“I wasn’t interested in eugenic sterilization. That is a different issue altogether. I have never breathed a word about that.

“People would say that children with disabilities would only lead to an increased crime rate and a strain of the economy. Perhaps they thought that we would be better off without such children.”

Shoji dedicated his life to the development of special needs education. He said that “to consider the notion of eugenic superiority is to forsake the children right in front of your eyes. I personally do not condone this way of thinking in any way.” He maintained that “in the field of special education, not one person should have supported the notion of eugenics.”

However, Ogawa and Sumeragi, both of whom he respected, were part of a commission that championed the idea of eugenic sterilization.

“I never heard anything about eugenics from Professor Sumeragi.

“Japan was ruined by the war; the country couldn’t afford to think about minor issues like what to do with children with disabilities. Looking back, it is easy to see the errors of our ways, but that was the social context [for why forced sterilization was seen in a positive light].”

(Compiled from articles originally published in Japanese on March 2, 7, and 14, 2018. Translation by Wakaba Oto.)