Philip Morris’ marketing strategies during Covid-19 around the world

In countries around the world, tobacco giant Philip Morris used the Covid-19 pandemic to raise its corporate image and promote its heated tobacco product IQOS.

Evidence suggests that smokers are vulnerable to increased rates of severe Covid-19 symptoms and mortality from the disease. During the pandemic, Philip Morris aimed to convert smokers to IQOS by extolling its significantly reduced emissions of harmful constituents compared with conventional cigarettes.

However, the World Health Organization has stated that “reducing exposure to harmful chemicals in heated tobacco products does not render them harmless, nor does it translate to reduced risk to human health.”

Japan is IQOS’ number one market. The product rapidly gained popularity following its debut in 2014, and, for a time, Japan comprised over 90% of global IQOS sales.

In the first and second articles of this series, Waseda Chronicle reported on how Philip Morris Japan promoted IQOS amid the growing Covid-19 pandemic and Japan’s state of emergency. With copy such as “Now that you’re spending more time at home,” IQOS ads appeared in newspapers across the country.

Like the WHO, the Tokyo Medical Association and doctors researching the effects of heated tobacco products have warned of their potential harm. For example, Hiroyasu Muramatsu, former chair of the Tokyo Medical Association’s Tobacco Control Committee, said that heated tobacco products can deliver more nicotine to smokers’ brains due to their lower temperature — ammonia, a chemical included in cigarettes that facilitates nicotine absorption, isn’t good with heat.

This series was produced in collaboration with the Organized Crime and Corruption Reporting Project (OCCRP) and newsrooms in 10 countries around the world. Our reporting partners investigated Philip Morris’ various strategies for promoting IQOS. Here’s what they found. 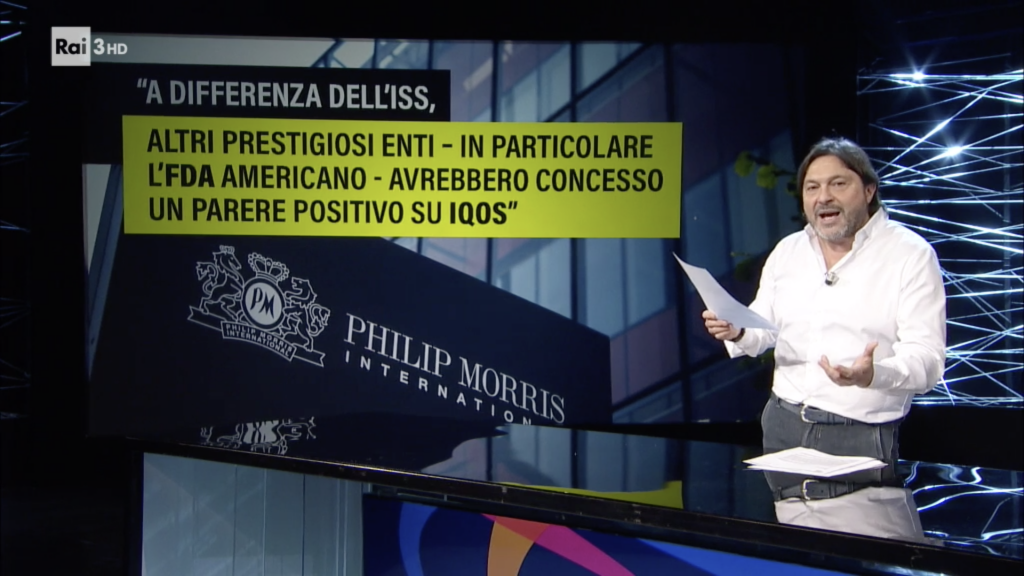 One of the main reasons smokers switch to IQOS is Philip Morris’ assertion that the product significantly reduces the emission of harmful and potentially harmful constituents compared with conventional cigarettes. Although the company is careful not to make statements it can’t prove, it has applied to market IQOS as a “reduced risk” tobacco product in various countries, including Italy.

But on May 25, 2020, Rai 3, a program on the Italian network Report, revealed Italian health authority internal documents that shot down Philip Morris’ reduced risk claims.

A poor evaluation from a study by the Italian National Institute of Health, dated December 2018, prompted the Italian Ministry of Health to reject Philip Morris’ application to market IQOS as a reduced risk tobacco product. Philip Morris Italy had submitted data regarding its product’s health effects; upon review, the health authority deemed the evidence insufficient.

In the opinion of the National Institute of Health, Philip Morris’ studies were designed to help its product sell. The institute emphasized that studies must be conducted transparently and under appropriate conditions.

Romania: Recruiting doctors and running a campaign to feed the frontlines

Another reporting partner, Rise Romania, found that Philip Morris was aiming to sell IQOS to smokers with chronic lung disease. The company recruited doctors to study the benefits of switching from conventional cigarettes to IQOS.

Philip Morris Romania also ran a Covid-specific campaign: The company promised to donate funds to feed frontline health workers if customers bought an IQOS or recommended it to a friend.

Officials from Philip Morris Romania also lobbied politicians, as well as showed up to medical conferences to promote IQOS as a medical device and a tool to quit smoking.

Ukraine bans donations that could potentially influence people to use or purchase cigarettes.

But according to the Kyiv Post, that didn’t stop Philip Morris from donating 10 million hryvnias (about $357,000) to Health For All, a charity run by retired health official Serhiy Shevchuk, to help fight Covid-19.

Health For All has been accepting donations from Philip Morris for 20 years. Over half of that span overlaps with Shevchuk’s political career, during which he was known for being soft on tobacco.

Philip Morris also slashed prices by up to 25% and offered free shipping during Ukraine’s lockdown through partnering with a popular courier service.

The UK has strict tobacco regulations, with freebies banned by law.

But according to The Bureau of Investigative Journalism, Philip Morris found some wiggle room by offering two-week IQOS loans that included “four of the price of two” deals on Heets, the tobacco sticks inserted into the device.

At an internal company event, Philip Morris Managing Director Peter Nixon is reported to have said that the UK office had been tasked with boosting Heets sales by 400% in 2020. “2020 is the most important year in history,” Nixon later wrote in an email to staff. “The momentum of IQOS coupled with the [UK’s recent] menthol ban gives us a huge opportunity.”

Mexico: The government vs. Philip Morris

Still, Philip Morris doesn’t have easy access to all markets. Mexico bans domestic production and sale of heated tobacco products, and imports were also prohibited from February 2020. You can’t even bring one back into the country from travel abroad. Advertising in the media is banned as well.

Despite lockdowns and the grim statistic that one in 10 Mexicans with Covid-19 will die from the disease, Philip Morris actively promoted IQOS to Mexicans on YouTube and Instagram. According to newsroom Aristegui Noticias, Sanborns department stores and 7-Eleven convenience stores still sell IQOS despite the ban.

In June 2020, authorities in Mexico announced they would work to speed up the approval of the Protocol to Eliminate Illicit Trade in Tobacco Products, which is part of the international Framework Convention on Tobacco Control.

WHO: “Taking advantage of the vulnerable situation”

As Covid-19 spread around the world, the WHO had this to say: “Today, the tobacco industry is once again taking advantage of the vulnerable situation of many of our Parties, offering its “philanthropic help” through donations of money, personal protective equipment, ventilators and other resources, in an effort to make the industry look good and enhance its reputation.”

(Originally published in Japanese on Nov. 13, 2020. Translation by Annelise Giseburt.)