Among Sumifru workers in Compostela, the most infamous Japanese is known simply as Kida-san.

Kida-san generally visits the packing plants twice per year. The workers believe him to be among the company’s management but don’t know his exact position. Tall, thin, and greying, Kida-san appears to be in his sixties. An English-Japanese interpreter accompanies him during his visits to the packing plants.

There was no pleasing Kida-san.

If workers were the slightest bit late returning from a break, he would yell, “Why aren’t you back in time?” If labels for the bananas fell onto the packing conveyer, he would furiously remind workers that labels were expensive. Kida-san was fastidious about stray hairs and would run his finger over the machinery to check for dust, gesticulating as he shouted, “It’s filthy!”

When Kida-san visited the packing plants, everyone greeted him with “Good morning, sir,” but he never gave the workers the slightest response.

Before long, Kida-san’s perpetual anger during inspections made him notorious at the plants.

“If he’s so upset, he should pay us a reasonable wage!”

Joint labor union Namasufa Secretary Melodina Gumanoy (43) kept a notebook in which she recorded incidents of Kida-san becoming excessively angry with workers. An entry from May 29, 2017 was as follows:

“Mr. Kidazan [took a photo] of workers during break time at 3 p.m. He got angry [and said we were late getting back to work].”

According to her notes, Gumanoy and her colleagues returned to work at 3:16 p.m. One minute late.

Kida-san also took photos of workers wearing sandals, which were forbidden in the packing plants. “We don’t earn enough to buy proper shoes,” Gumanoy said. “If he’s so upset over this, he should pay us a reasonable wage!”

Even if her gloves had holes

Alicia Pillo (54) has worked at the packing plant as a selector for 19 years. She skillfully grades and sorts the bananas brought to the plant as she washes them in large water tanks.

Pillo’s orange rubber work gloves develop holes within their first month of use. If she injures her exposed hands on the tough parts of the bananas, she has to supply herself with bandages. Pillo wears a plastic apron to prevent herself from getting wet, but it tears around her stomach as she leans against the water tank. She is lucky if her apron lasts a month.

When Pillo asked the overseer to replace her perforated gloves and apron, she was only told, “Wait until you are issued new ones.”

Water seeps through the holes. Pillo once wrapped a plastic bag used to package bananas around her waist underneath her apron. The company reprimanded her, saying that doing so was a financial loss.

Alona Sotto (38) worked as a line checker to remove damaged bananas. She was only issued one set of work clothes — hairnet, mask, rubber gloves, apron, and rubber boots — per year. If her mask tore, Sotto had to buy a new one herself.

Her job didn’t involve water, so it was uncomfortably hot when she wore rubber gloves. Sotto worked without them and was usually not told off for it.

Pillo, Sotto, and the others have learned that they will be issued new gloves and aprons when the head overseer says, “Kida-san is coming.” 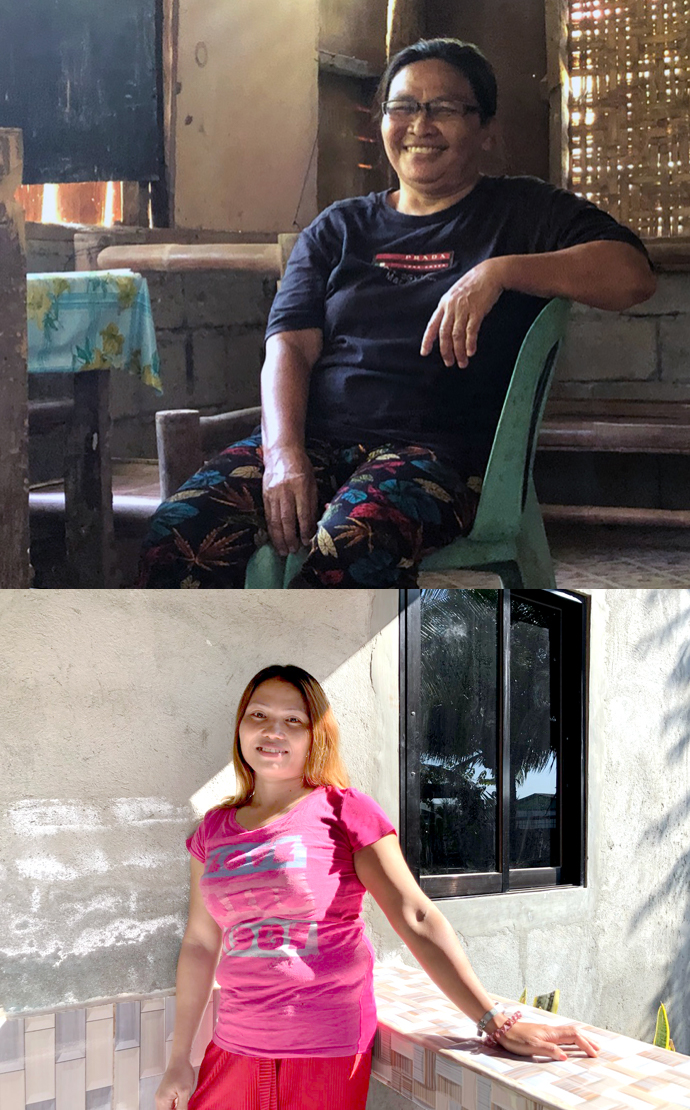