“Carried off by the North”

At the time of the 2011 triple disaster, I was working as a reporter for The Asahi Shimbun.

In the summer of 2012, I interviewed a scientist about what Japan should do with its nuclear power plants post-Fukushima. This scientist had been in the game since the 1960s, working as a researcher for the former Power Reactor and Nuclear Fuel Development Corp (PNC, also known as Donen; now the Japan Atomic Energy Agency). We met at his office in Tokyo’s Minato City.

The interview finished, I closed my notebook and got up to leave. But the scientist stopped me.

“Do you have any experience reporting on police cases?”

“If you mean things like murder or corruption, then yes. Did something happen?” I asked.

“Actually, there’s something I’d like to ask you about,” he said, and then gave me the name Tatsuya Takemura.

“Takemura was once my boss,” the scientist explained. “He was head of plutonium production at PNC. But in 1972, he suddenly disappeared from the PNC dorm in Tokai, Ibaraki Prefecture.

“Takemura was about 10 years my senior, so he would be around 80 if he’s still alive. Even now, I can’t get his disappearance out of my head.”

Why was this scientist so stuck on an incident decades old? When I asked, he replied: “Takemura might have been abducted by North Korea.”

Plutonium is used as the fissile material in nuclear weapons. If someone involved in its production had gone missing, there was a risk that nuclear technology had escaped into the world. In 2004, Pakistani scientist Abdul Qadeer Khan admitted to having passed nuclear technology to North Korea, Iran, and Libya through the “nuclear black market.” His revelation caused an international uproar.

“Takemura’s disappearance never fails to come up whenever my cohort of PNCers gets together,” the scientist continued.

“His car was left sitting in the dorm parking lot. The license plate number was 3298, which can be read as ‘Mini Cooper’ [in Japanese]. I’d never forget it — because the car was a Toyota Corolla.”

Disappearances aren’t strange in and of themselves. People with significant debts, for example, regularly go missing. But the group of PNC scientists had a reason for suspecting that their colleague had been abducted by North Korea.

Takemura disappeared in March 1972. The world was still deep in the Cold War arms race, with the U.S. detonating bomb after bomb in the ground of its Nevada Test Site.

The scientist was summoned by management: “There’s a detective here who would like to ask you some questions.” In addition to having worked under Takemura in the plutonium fuel department, the scientist had lived in the same dorm for unmarried employees, which lay across the road from the research facility. Others likely to have a connection with Takemura were questioned too.

A male, middle-aged detective was waiting for the scientist in the plutonium fuel department’s meeting room.

“Takemura’s suddenly gone missing, and his family back in Osaka is looking for him,” the detective said. “You don’t know anything about this, do you?”

Takemura had grown up in Osaka. The scientist couldn’t think of a reason for his disappearance, assuming he didn’t have any bad blood back home.

Takemura had never been a big spender, to the extent that colleagues whispered that he must have cash stashed under his tatami mats. Debt wasn’t likely. Mahjong was popular in the dorm, but Takemura never took part. Though a bachelor, his love life appeared to be nonexistent.

All of Takemura’s colleagues saw him as serious and completely devoted to his work. The detective found no leads, and his questions soon ran out.

The scientist hazarded one of his own: “What happened?”

“He might have been carried off by the North,” the detective replied.

“The North?” It wasn’t a term he was familiar with. 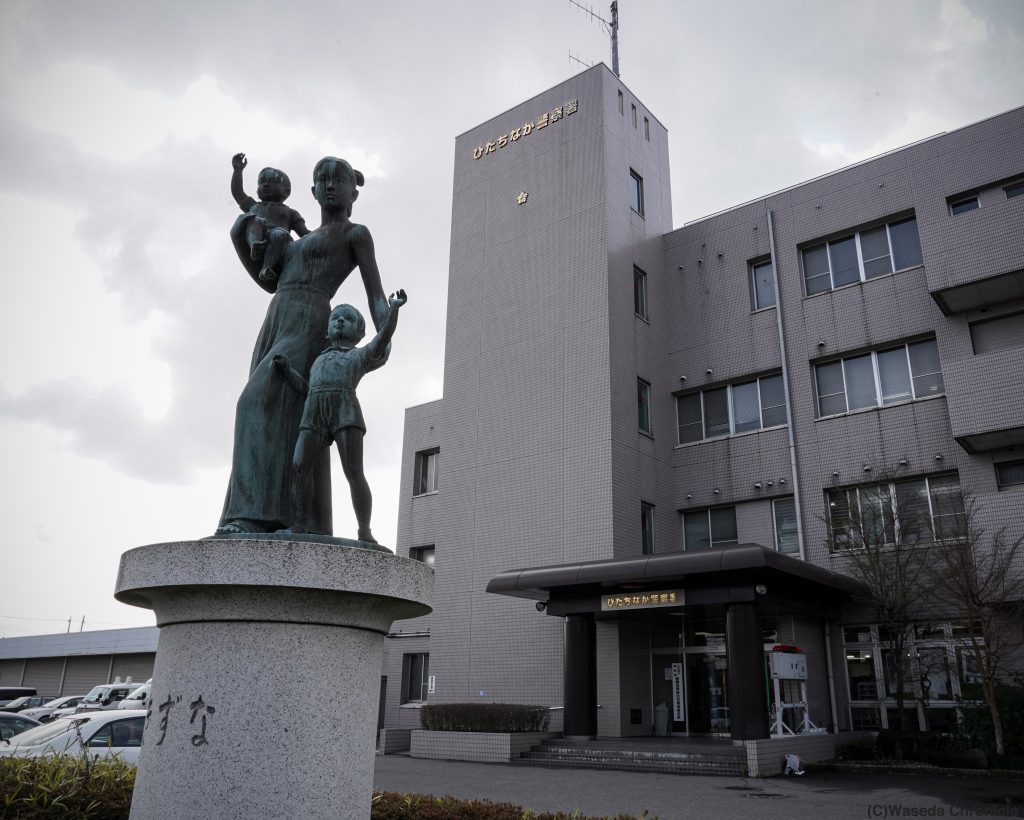 I was shocked when the scientist recounted the detective’s words to me.

“This was before anyone knew anything about abductions by North Korea,” he said. “At first, I didn’t even realize what the detective meant by ‘the North.’ That’s why I remember what he said so clearly.”

Takemura disappeared in March 1972, years before news swept the nation that agents of the North Korean government had abducted Japanese citizens.

The word “abduction” was first used by the Japanese media in January 1980, eight years after Takemura’s disappearance. “Three couples disappear into thin air: Foreign espionage?” queried a Sankei Shimbun headline. The article raised the possibility that these mysterious disappearances from Fukui, Niigata, and Kagoshima prefectures might have been abductions. In fact, one of the couples, Kaoru Hasuike and Yukiko Okudo, were able to return to Japan from North Korea in 2002.

But the government made no reference to abductions by North Korea at a National Diet session held two months after Sankei published its article.

“Although it’s understandable that the disappearance of these young couples within a roughly 40-day period would raise suspicion, from a purely investigative standpoint we do not see any empirical connection between the cases at this time,” stated Kazumi Nakahira, head of the National Police Agency’s Criminal Affairs Bureau.

The Japanese government plainly acknowledged abductions by North Korea for the first time eight years later, at a Diet session in March 1988.

“It is highly likely that the disappearances of couples beginning in 1978 were in fact abductions by North Korea,” said Seiroku Kajiyama, chairman of the National Safety Commission. “Although it will be no easy task, we must make all efforts to ascertain the truth, given the importance of the matter.”

The detective had said that Takemura “might have been carried off by the North” in 1972, suggesting that police had suspected abduction by North Korea 16 years before the government first used the phrase.

Had the police really been considering the possibility of abduction back then? The kidnapping of a nuclear scientist working in plutonium production would be tantamount to a national emergency. 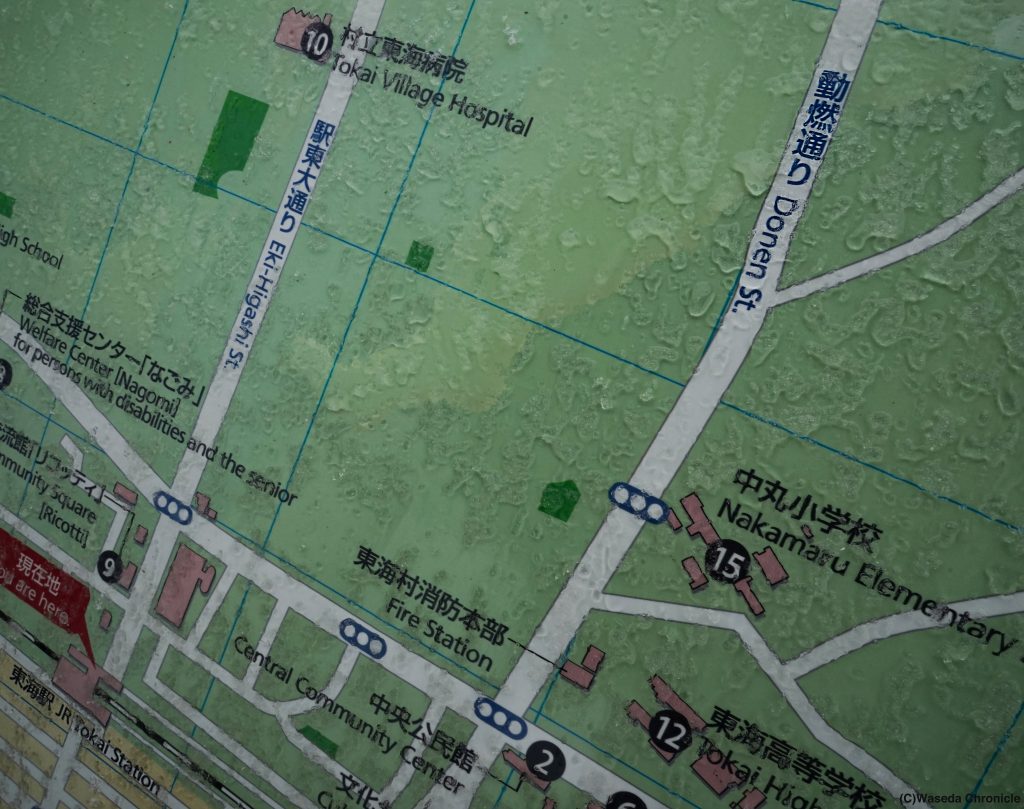 After the scientist asked me to investigate Takemura’s disappearance, I lost no time looking him up online. But it was a dead end.

I interviewed others familiar with PNC.

Most of them knew of Takemura’s disappearance but weren’t sure what the detective had meant by “carried off by the North.”

I also spoke with a retired police officer who had spent his career in public safety, but all he told me was “This would really be something if it were true.” I decided to put my investigation on hold.

One day in June 2017, after leaving the Asahi and founding Tansa, I was organizing my notes from unfinished investigations. On a whim, I tried googling “Tatsuya Takemura.” This time, there was a hit.

Takemura’s name was listed under “Cases in which the possibility of abduction [by North Korea] cannot be ruled out” on the National Police Agency’s website.

So the detective’s phrase “carried off by the North” had, in fact, referred to North Korea.

Why was Takemura now listed on the police website, when he hadn’t been in 2012?

The National Police Agency had added the potential abductee list to its website in June 2013. If the missing individual’s family gave its consent, entries to the 864-name list also included a photo and some details of the case.

The same month, National Public Safety Commission Chairperson Keiji Furuya gave an explanation for the list at a commission meeting.

“The [Prime Minister Shinzo] Abe cabinet is committed to making all efforts for the safety and prompt repatriation of all victims of abduction by North Korea, not only those who have been officially recognized as such.

“As part of this policy, the police are conducting necessary inquiries and investigations into cases for which we cannot rule out the possibility of abduction by North Korea.

“With families’ consent, we decided to make individuals’ photos and summaries of their cases publicly available on prefectural police websites in order to seek information from the public at large, including that which could indicate a connection with North Korea.”

The Abe administration had opened an investigation. But, it seemed, a half-hearted one.

Next article
The Missing Nuclear Scientist: All articles