An Agreement Specifying Compensation for Residents Found / Daikin would “Consult If Requested by Settsu City.” (25)

Daikin Industries has turned its back on the residents of Settsu City, Osaka. In addition to compensating the residents, they do not even try to remove the pollution outside the Yodogawa Plant, saying they have nothing to do with it.

However, the existence of a document that opened a hole in Daikin’s stubborn attitude was revealed. This is the “Environmental Conservation Agreement” signed by Daikin and Settsu City in 1977. The content is that Daikin will compensate if the Yodogawa Plant causes damage to local residents.

When I presented this agreement to three Daikin executives, they said it clearly.

“If there is a request from Settsu City, we would like to start the negotiations.”

How will Settsu City respond to this situation? 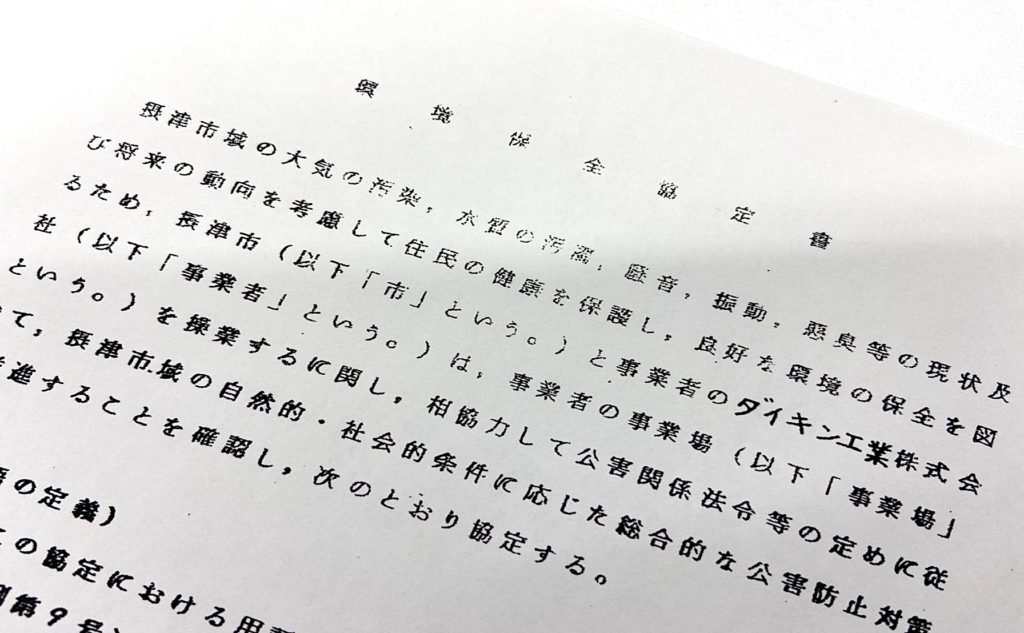 Request for information disclosure from Settsu resident himself

I learned about the existence of the environmental conservation agreement on April 14, 2022. It happened when I visited the home of Masato Yoshii (pseudonym, 70), who lives in Settsu City.

In November last year, Akio Koizumi, a professor emeritus at Kyoto University, detected PFOA at a concentration 40 times higher than that of residents in non-contaminated areas in Yoshii’s blood test. The groundwater drawn from a well near the Daikin Yodogawa Plant has been used to grow vegetables and fruits in the fields. Koizumi believes that eating the harvested crops on a daily basis was the cause of the high-concentration exposure.

I have visited Yoshii’s house many times so far for interviews. On this day, Yoshii held out a piece of black-and-white printed paper and said, “By the way, I found this the other day.”

It was a copy of the “Environmental Conservation Agreement” exchanged between Daikin and Settsu City.

When I asked, “How did you get this?” Yoshii said shyly.

When Yoshii discovered high levels of PFOA in his blood, he said, “I’m too old not to give up, but I’m worried about the children and grandchildren.” He himself made inquiries to the city hall and participated in briefings by Daikin. He also joined a petition regarding PFOA contamination by 1,710 Settsu citizens. However, I didn’t think he even filed a request for Information disclosure. I was reminded of Yoshii’s enthusiasm for pursuing the truth for the children.

“The operator shall compensate for the damage in good faith.”

When I returned to Tokyo, I read the agreement I received from Yoshii.

The agreement was signed between Daikin and Settsu City in 1977. At that time, Daikin was beginning to take action against repeated pollution.

For example, in 1953, 47 farming cattle that drank water from rivers and local waterways near the Yodogawa Plant died within two to three years. 19 institutions, including Osaka Prefecture and Osaka City, conducted an investigation, and analyzed that the cause of death was heart damage caused by a fluorine compound leaked from the Yodogawa Plant.

In 1973, gas reached not only Settsu City but also Higashiyodogawa Ward, Osaka City. Farmers’ vegetables were scorched, and 340 households were forced to evacuate.

It was during those incidents when Daikin set up the Pollution Control Committee in 1970. It also established anti-pollution regulations.

At the same time, the “Environmental Conservation Agreement” was signed with Settsu City. The Agreement begins with the following preamble: It contains the phrase “considering future trends,” indicating it eyes the possibility of future pollution.

Considering the current situation and future trends of air pollution, water pollution, noise, vibration, odors, etc. in the Settsu City area, Settsu City and Daikin Industries, Ltd., a business operator, confirm that in regards to operation of business operator and its business workplace, they are expected to cooperate and promote comprehensive pollution prevention measures according to the natural and social conditions of the Settsu City area in accordance with the provisions of pollution-related laws and regulation to protect the health of residents and preserve the environment. Agreement is made as following.

Following the preamble are articles to protect the health and livelihoods of residents. What caught my attention was Article 15, “Compensation for Damage and Measures in Case of Violation.” Compensation from Daikin to residents was stipulated.

In the event that pollution occurs due to the operation of the business site and damages the health and property of residents, the business operator shall compensate for the damage in good faith.

The agreement could be Daikin’s trump card to compensate residents for PFOA pollution.

On June 7, 2022, editor-in-chief Makoto Watanabe and I interviewed three executives at the Daikin headquarters.

Prior to the interview, I sent Daikin a question about the Environmental Conservation Agreement. I asked whether residents who could no longer use groundwater or farmland due to PFOA contamination would be compensated based on the agreement. Damage to health is not known at this time, as no investigations have been carried out, but damage to property is evident. Some residents have been unable to use groundwater and farmland due to PFOA contamination. Yoshii, who obtained the agreement through a request of information disclosure, is one of them.

Daikin responded, “At this point, we are not aware of any health damage, so we are not considering compensation for residents.”

But this did not answer my question. I was not asking compensation for damage to health, but compensation for residents who got property damaged. Emphasizing this point, I once again asked Daikin executives.

“This is an agreement with Settsu City. Since Settsu City has not yet talked about such compensation, we are not thinking about compensation at this stage.”

I asked, “Does this mean that if Settsu City makes a request to Daikin, negotiations will begin?”

“If there is a request from Settsu City, I would like to start negotiations.” 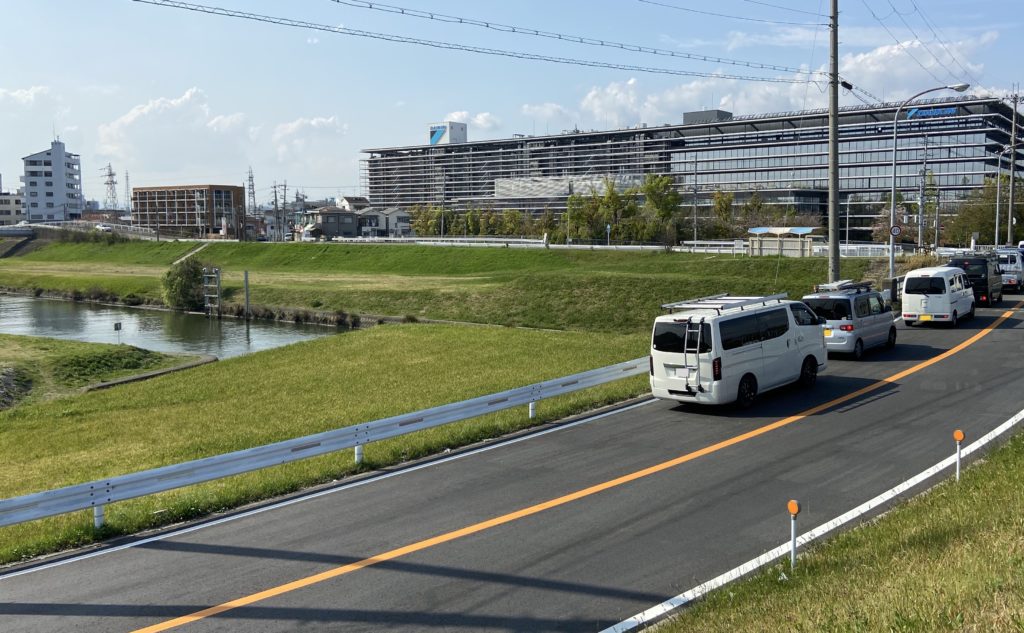 Daikin Industries Yodogawa Plant in Settsu City and the Kanzaki River, a tributary of the Yodogawa River

Settsu City says “PFOA does not apply to the agreement”

If there is a request from Settsu City, Daikin will respond to negotiations based on the agreement. For Settsu City, which is responsible for its residents, this is an opportunity. Daikin can be forced to compensate the residents. How will Settsu City respond?

We interviewed the city’s view on the agreement on June 1, 2022, six days before we interviewed Daikin. Two staff members from the Environmental Policy Division of the Living Environment Department, which is responsible for PFOA countermeasures, responded.

First, I brought up Article 5 of the Environmental Conservation Agreement. “Prevention of water pollution” is stipulated as follows.

Businesses shall comply with the regulatory standards for sewage discharged from business workplaces, and ensure that the quality of the water does not disturb agricultural use.

However, in the latest survey by Osaka Prefecture, high concentrations of PFOA were detected in the water environment around the Yodogawa Plant. Compared to the national target of 50 nanograms per liter, 6,500 nanograms from irrigation channels is 130 times higher, and 20,000 nanograms from groundwater is 400 times higher. Local residents are no longer able to use these waters for agricultural purposes.

“First of all, regarding Article 5, isn’t this disturbing the agricultural use of water?

However, he said something surprising about the relationship between pollution and the agreement.

“I feel that PFOA does not apply in this agreement.”

“At that time, PFOA was not considered, so it is my understanding that PFOA regulations have not been established under this agreement.”

Watanabe asked, “Does this agreement mean that certain substances must be specified in order to have negotiations with Daikin when problems arise?”

Komohara fell silent. Horibe, who was sitting next to him, didn’t react either. Silence lasted for 17 seconds.

Settsu City throwing away the chance of compensation for residents

Komohara and Horibe are out of the question. After confirming with the general affairs section in charge of the city’s legal affairs, I asked them to reply again as to whether or not PFOA would be covered by the agreement. The next day, I received an email from Komohara.

The city’s general affairs section is of the view that “contracts and agreements are concluded between parties concerned and are not laws and regulations, so the application of PFOA to Environmental Conservation Agreements should be determined by the parties concerned.”

This was hardly an answer. I wanted to know the judgment of Settsu City, the party concerned. I asked again by email.

Now, in response to the second question, our understanding is that Environmental Conservation Agreements do not apply to PFOA.

Until now, Settsu City has been hesitant to Daikin. Since 2009, the three parties, including Osaka Prefecture, have held repeated meetings on countermeasures against PFOA contamination, but Settsu City has only followed Daikin.

For example, June 30, 2020. It was at a meeting right after a nationwide survey by the Ministry of the Environment revealed that the groundwater in Settsu City had the highest concentration of PFOA in the country. When a Daikin representative requested, “We don’t want you to disclose the concentration on the premises of the Yodogawa Plant,” a city official responded, “When asked where the source of the pollution is, we answer ‘we don’t know.'”

When it comes to the agreements, there seems to be no reason to hesitate, because Daikin said it would respond to negotiations. Nevertheless, Settsu City is throwing away its chances. 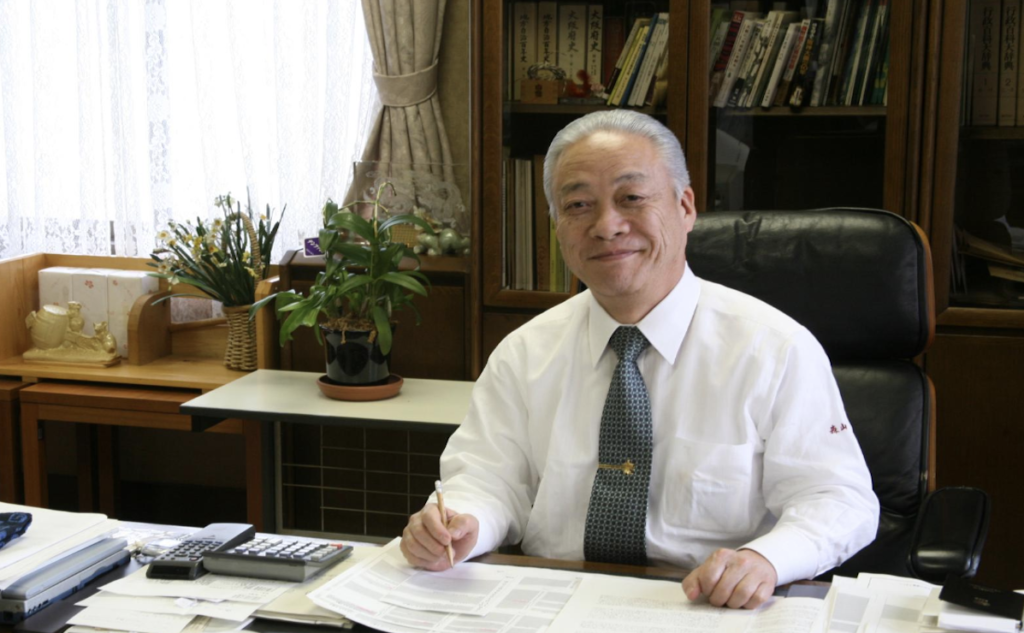 (Originally published in Japanese on July 22, 2022. Translation by Mana Shibata.)