Some posters even meet up for drinks, or give others advice on how to make money from sexual images. 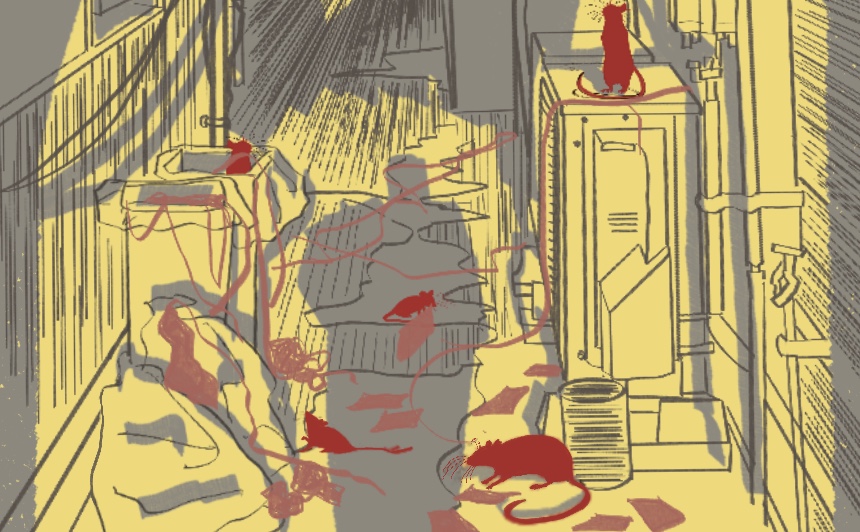 I sent questions to Google and Apple — both of which offered “Video Share” and/or “Album Collection,” apps that are used to buy and sell sexually explicit photos and videos, in their respective app stores — regarding their responsibility in offering these platforms. I sent my first questions on September 5 and have contacted them multiple times since then, with my most recent email sent on Nov. 3.

However, neither company has responded. Although Google removed Video Share from its app store on September 13, the company’s reason is unclear. It has not issued a warning about the app or taken any other user-facing action.

During this time, the users of these apps have continued to spread sexual photos and videos. Their promotional activities on Twitter have not diminished either, with hundreds of tweets being sent out each day.

These posters overwhelmingly lack an awareness that what they are doing is a crime. They enjoy these criminal acts as if they were a hobby and continue acting as they like. I decided to publish the account names of the Twitter users making money from sexual photos and videos without their subjects’ consent.

The above tweet was made on Nov. 4 by a member of a group of users who post sexual photos and videos to the apps Video Share and Album Collection; they had gathred for an “after-hours party.” The tweet included photos of the group gathered at a Japanese-style pub, in which they for the camera with peace signs, and sightseeing in Nagoya by car. The photos showed five men and two women, including the poster; they appeared to range in age from their 20s to 50s.

“They seem just like normal people.” “I want to go drinking too~”

Other posters wrote thank you messages to their “customers,” their followers.

“Thanks for helping me reach 10,000 followers, I couldn’t have done it without you guys. I want to continue hosting [Twitter] Spaces and interact with everyone! Please continue to take good care of yours truly, as I’ve still got a lot of growing to do.”

“Thanks to you guys, my followers are increasing by about 200 each day, and here we are today.”

While posting these carefree words, they continue to crush their victims.

Only a small percentage of posters were gathering for parties or posting thank you messages. In terms of total users, when I searched I was able to find over 300 accounts that were using the two apps to sell sexual photos and videos. How did this system work?

In order to learn more, I decided to go “undercover” and created a Twitter account posing as a poster to these apps.

On Nov. 26, I received a direct message from one of the posters who was always eagerly promoting their “products.” Like the other posters, they had been tweeting with keywords such as “Album Collection.” They had quickly sent me the DM after I followed their account.

“I’m now selling reverse shots, so I look forward to your support.”

What was a reverse shot? The poster sent me smartphone screenshots, which they called a “catalog,” showing that many videos were saved to their phone.

The screenshots exclusively contained voyeuristic videos of the inside of women’s skirts taken from below (known as “upskirt” shots). Most of the subjects appeared to be wearing school uniforms. Some were wearing masks, but some of the videos also showed the subjects’ faces.

There were 204 videos in total, each 10 to 30 seconds long. The poster said they were sending this promotional catalog to show they have a large number of sexual videos. They also told me that the videos were “all originals.”

“I’m the one you were speaking with earlier. My account was sadly frozen, so if it’s all right with you, I would appreciate it if you could follow this account and DM me.”

Even if Twitter suspends an account, the user can create another using a new email address. That’s why this game of cat and mouse continues.

Making even more money by instructing others

This person uses a group chat on a messaging app to teach people how to increase their Twitter followers and how to generate revenue with the image-sharing apps. There are currently 46 members in the group. It costs 1,000 yen by PayPay or Amazon gift card to join.

“If you want followers, you have to post without a key.”

“You need to prepare about 10 pieces of data.”

“Posting without a key” means that folders posted to Video Share and Album Collection won’t be locked — in other words, they will be available for free. The influencer was advising to first advertise free folders on Twitter to attract customers.

They also sent photos and videos they had collected to the group chat and allowed members to repost them to the apps.

Since beginning my investigation this summer, I have been steadily gathering information about the perpetrators. I have saved screenshots of tweets in which they advertise their sexual “products,” as well as the information in their profiles.

In this article, we decided to publish that information. Although Google, Apple, and the app operators are ignoring this situation, we can’t let the posters do as they please any longer.

Some accounts may be currently frozen or deleted. The same contributor may have created a backup account(s) in case their main account gets frozen. The number of followers is based on a survey I conducted between Oct. 25 and Dec. 7.

The first step to effectively deal with these posters is to report their terms of service violations to Twitter and have their accounts frozen. They may recreate their accounts, but it will stop the spread of images, if only for a little while.

If you yourself have had your image shared online without your consent, by law you have the right to file a “request for disclosure of the poster’s information.” If the request is approved, personal information such as the name, address, and phone number of the person who spread the information will be provided.

In such cases, it is important to save evidence of your image being shared online by taking a screenshot or photo.

Will you help us conduct the investigation for “Uploaded and Re-Uploaded”? Many have been victimized by the proliferation of sexual photos and videos, in which huge IT platforms are also complicit. We will conduct a thorough investigation to expose this structural problem and prevent others from becoming victims. Click here to support.