Tansa recorded and published audio from a meeting of individuals who sell sexually explicit images. 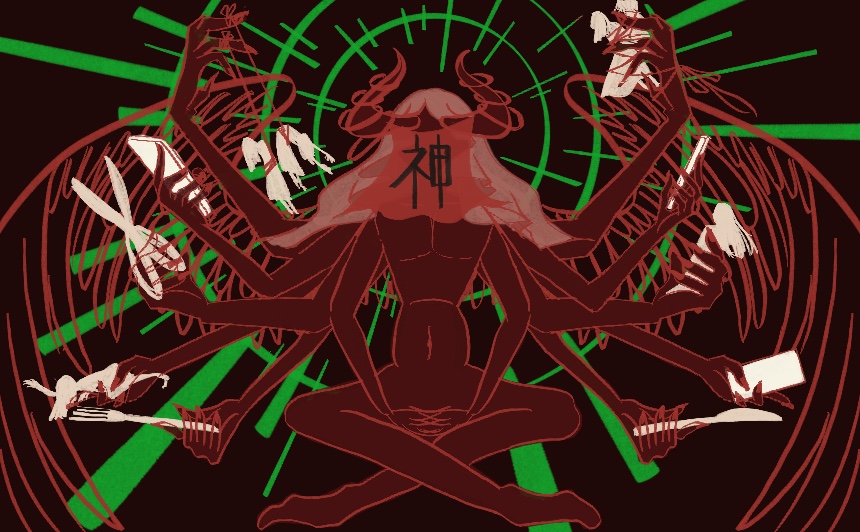 A little after 12 p.m. on Dec. 14, the group of perpetrators finally reacted to my reporting.

They held a “strategy meeting” regarding my investigation “Uploaded and Re-Uploaded” using Twitter Spaces.

The Space was hosted by a user calling himself “Benzaiten.” Speaking with a Kansai accent, he urged the group to take countermeasures and mentioned both Tansa and my name. They intend to continue to use sexually explicit videos and photos to make money and as a hobby.

Eager to ask me questions, the group also said it would join a Twitter Space hosted by Tansa on Dec. 14 at 9:30 p.m.

This article contains the details of the strategy meeting, as well as an audio recording of it.

Change names so they won’t be found

This series’ previous article included the names of over 300 Twitter accounts that were using the apps “Video Share” and “Album Collection” to post sexually explicit photos and videos. It also noted that these accounts were in violation of Twitter’s terms of service and could be reported as such.

Benzaiten held a Twitter Space to share his strategy in response to the article. The Space was named “Our Big Hide and Seek.” There were 47 participants. I was able to listen live, reporting undercover.

“The article said she was taking screenshots of our profiles. So, the plan is to make that meaningless.”

Benzaiten asked the participants to change all of their Twitter names, IDs, and profile information, so that readers would not be able to find their accounts.

“It’s like, if someone searches for our accounts to report us, we’re just not there anymore. Those names don’t get any hits. It’ll be like, ‘Oh, then what was this article? It’s bullshit.’”

Benzaiten said he decided on this plan of action against Tansa after consulting with another contributor who calls himself “Peach.” Peach is the one mentioned in the previous article who instructs others on how to make money from sexual images.

“Sexy Santa will drop a gift in your DMs.”

Police taking action is “the worst thing that could happen”

“She proudly puts a photo of her own face as her profile picture [on Twitter],” Benzaiten said about me. “Those guys put a lot of work into the article.”

At the same time, Benzaiten was nervous about being identified.

“For us, I think the worst thing that could happen is for that article to go viral or something and [what we’re doing becomes] a social issue, forcing the police to take action.”

Benzaiten also discovered that Tansa would be holding a Twitter Space at 9:30 p.m. on Dec. 14.

“[Tansa] says they’ll be holding a Space today at 9:30 p.m. They’re going to talk about a famous digital crime case in South Korea called the ‘Nth Room.’ Basically, it’s like [the apps we use] Album Collection and Video Share.”

The Nth Room case involved a group of perpetrators, mostly in their teens and 20s, who threatened and sexually assaulted their victims and sold their photos and videos via a messaging app. Around 260,000 people viewed and traded the images, with one man making 300 million yen (roughly $2.2 million) from the scheme.

The Korean public was outraged and demanded severe punishment when the case was uncovered in 2020. The police arrested 3,757 people, and the National Assembly created an “Nth Room Case Prevention Act.”

However, Benzaiten tried to reassure himself.

“My point is that [Mariko Tsuji’s] organization isn’t the police or anything like that, but a group of journalists. They’re reporters. So they’d be in trouble if they run out of things to write about, and I think they might even want to interview us directly.”

Benzaiten was excited to join Tansa’s Twitter Space to ask questions, together with a fellow user who called himself “Erosuke-san.” He said he would screen record the Space for his friends who could not attend.

The perpetrators’ strategy meeting ended with Benzaiten saying, “Well, I’m going back to work for a bit.” He had been holding the meeting during a break from his job. I wondered if he was able to keep a blank face as he returned to work.

In the previous article, I reported that the perpetrators had held an after-work party in Nagoya. The men and women in the photos shared on Twitter looked like they could have been anyone. They were sitting around a table, drinking beer and making peace signs for the camera.

Both Benzaiten back at work and the members of the after-work party in Nagoya may seem like “normal people” at first glance.

In the Nth Room case in South Korea too, the arrests showed that the perpetrators seemed like average people.

Moon Hyung-wook (24 years old at the time of his arrest), known as “god god” online and who first opened the chat room that led to the Nth Room case, was an architecture student at a national university at the time.

According to an article in “Sports Seoul,” Moon distributed a total of 3,762 sexual videos between 2019 and 2020. He also threatened three parents of victims, who had tried to report him to the police.

Cho Ju-bin (24 years old at the time of his arrest), who called himself “Doctor” online, had been running a chat room named “Doctor’s Room” since May 2019. He had just graduated from university the previous spring. According to the Japanese outlet Bunshun Online, he was a high achiever as a student and also served as editor-in-chief of the student newspaper.

3,757 individuals arrested, with sentences up to 42 years in prison

But what happened to these criminals once they were caught?

Moon Hyun-Wook was sentenced to 34 years in prison for rape, threats, and distribution of obscene material. The sentence also included a 10-year disclosure of his personal information by the Korean government, restrictions on his employment at child and youth-related agencies and welfare facilities for the disabled, and the wearing of an electronic anklet with GPS for 30 years.

Cho Ju-bin was sentenced to 42 years in prison. He was found guilty of producing and distributing obscene materials and organizing a criminal group. In addition to the same disclosure of his personal information as Moon and the wearing of an electronic anklet, he was also fined an additional 100 million won (around $77,000).

Another 3,757 individuals were arrested by the end of 2020. The police traced their identities through virtual currency transfer records and other information. Some of those arrested were underage.

Over 2 million petition signatories, largest ever

In March 2020, after the crimes were discovered, a “national petition” demanding that the perpetrators’ identities be made public and that they be interviewed in front of the press was filed with the government. More than 2 million people joined the petition in just four days, the largest number of signatures ever recorded for a national petition.

In September of the same year, the South Korean Supreme Court’s Sentencing Commission decided to impose stricter penalties on those who repeatedly and systematically produced videos and other materials that sexually exploit minors. Heavier punishments are also possible in cases where the victim has suffered serious harm, such as suicide or interruption of their studies.

New laws were also created to prevent similar cases from happening in the future.

I will continue to thoroughly report on this story. But I don’t think reporting alone can change the situation.

I hope readers too will voice their outrage at what is happening. Please share these articles via social media or express your own views on the matter.

That will help us end the perpetrators’ abuse.