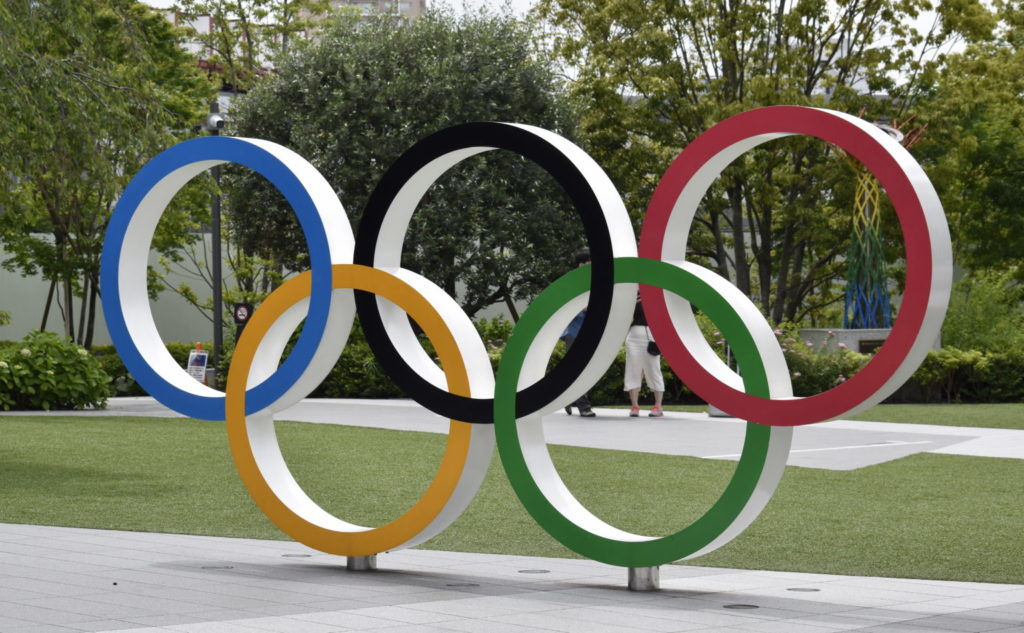 Olympic rings in front of the Olympic Museum. Photo taken in Tokyo’s Shinjuku City on May 28, 2021.

The Tokyo Olympics and Paralympics Organizing Committee is flying blind.

Tansa obtained minutes from an April 28, 2021 meeting between the Organizing Committee and its sponsor corporations, referred to as “partners.” In the meeting, committee leadership mentioned the possibility of holding the games without spectators, as well as the possibility of a mid-games cancellation.

The partner corporations weren’t pleased. Some expressed frustration about being presented with these worst-case scenarios for the first time mere months before the Olympics are held.

Another went further, saying that with public opinion overwhelmingly in favor of cancellation or postponement, the Organizing Committee’s indecision was making it impossible for them to promote their involvement with the games during the key lead-up period. It would be better, they said, to bite the bullet and cancel.

The Tokyo Olympics have a total of 81 partner corporations. Ranked depending on their contribution, from the top level down there are: 14 Worldwide Partners, 15 Gold Partners, 32 Official Partners, and 20 Official Supporters.

According to Dentsu Group internal documents obtained by Tansa, corporations must pay to become an Olympic partner. Worldwide Partners, the highest rank, had to fork over between roughly 20 to 100 billion yen (about $182 million to $910 million), and even companies in the lowest rank of Official Supporter paid between 1 and 3 billion yen (about $9 million to $27 million).

The main objective of the April 28 meeting, held from 9:30 to just past 10:30 p.m. Japan time via Teams, was to fill in the partners on the recent five-party meeting’s discussion on limiting the number of spectators. The five parties were the IOC, the International Paralympic Committee, the Organizing Committee, the Tokyo metropolitan government, and the Japanese government.

Although the organizers had, up until that point, told the partners that they aim for 50% spectator capacity, at the April 28 meeting they suddenly mentioned holding the games without spectators.

“We’re coming to grips with the fact that even if the number of Covid cases improves [by the time the games are held], such improvement will be difficult to achieve at an early stage. We’re also considering the possibility of holding the games without spectators. This isn’t the Organizing Committee’s official position, so we ask that you exercise caution with this information.”

“If you reduce the number of tickets for the general public…”

A number of partner corporations voiced their dissatisfaction at this revelation.

“Why are you only now mentioning holding the games without spectators? I am astonished and displeased.”

“When it was decided that the Olympics would be delayed for a year, the Organizing Committee said that they would be held in ‘full stadiums,’ without any limit on the number of spectators. Experts said in March 2020 that it would take two or three years to bring the pandemic under control — why are you suddenly springing worst-case scenarios on us now?”

The partners were frustrated because they had planned ad campaigns and other activities with at least partial spectators in mind, as well as secured seats to entertain their clients.

“Are we allowed to tell the people who won tickets in our lottery that their tickets are still valid?”

“What will happen to the senior executive passes if spectators aren’t allowed?”

In order to placate their distressed partners, the Organizing Committee members stressed that they would continue making the utmost effort to allow spectators and assured the partners that their tickets were still valid.

But some partners were more image-conscious.

“Reducing the number of spectators will mean revoking some of the public’s tickets while keeping partners’ tickets valid. I’m worried about criticism from the public if this makes it to the press.”

The partner corporations were already nervous about the growing public sentiment against the games.

One expressed their worry as follows: “Public opinion is a shared challenge that the Organizing Committee and we partners have to overcome. We need to quell the calls for cancellation.”

Although the Organizing Committee members indicated their agreement, they added that “Although we had intended to go on the offensive to flip public opinion beginning in January this year, the current Covid situation has increased anti-Olympic sentiment.”

Another partner asked whether cancellation was off the table for good.

“Cancellation has never been an option. We’re currently considering whether to limit spectators or to go spectatorless. However, cancellation is possible if the athletes are unable to come to Japan. We don’t know when the final decision will be made — we won’t know until the last minute. It’s not impossible that a cancellation might happen in the middle of the games, so I’m not able to answer your question at this time.” 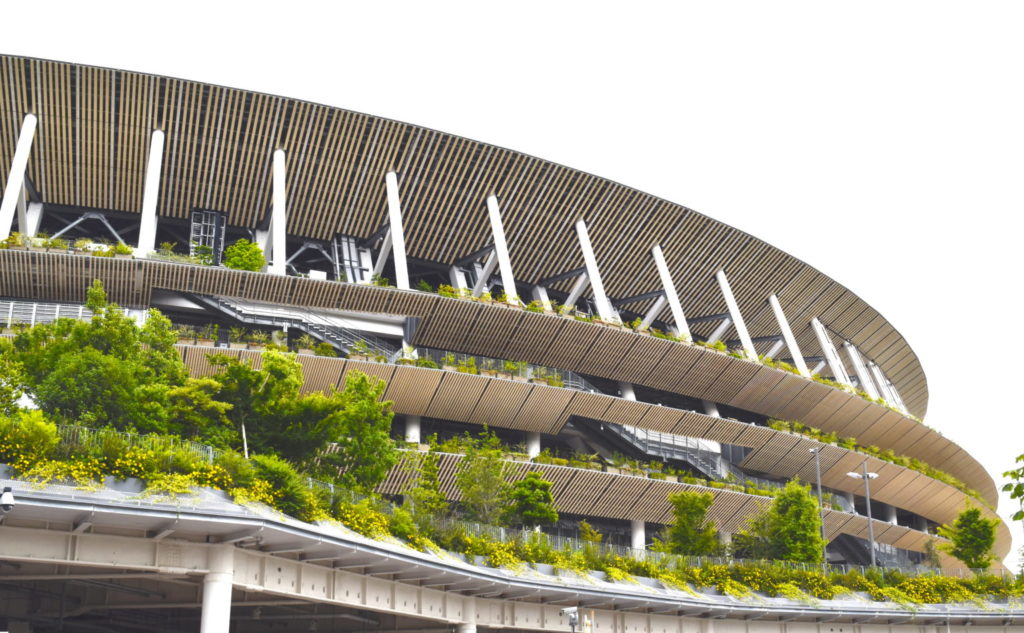 New National Stadium, where the Olympics opening ceremony is planned to be held. Photo taken in Tokyo’s Shinjuku City on May 28, 2021.

“People must think Japan is insane”

The lead-up to the Olympics — in other words, right now — is the key period for partner corporations to implement ad campaigns and other promotional activities. As Covid cases in Japan continue to fuel public sentiment against the games, the corporations are unable to carry out their business plans.

Tansa interviewed one of the partner corporation representatives who had participated in the April 28 meeting.

“The partners have put a lot of effort into preparing their Olympic campaigns,” they said. “The lead-up to the games is when we really should have our foot on the gas, but we’re losing that opportunity. Given the current public opinion, it could actually hurt our corporate image to be advertizing our involvement with the games at this point.”

They were of the opinion that the Olympics should be called off.

“We partners are losing our biggest chance at promotion and suffering loss after loss — we should be asking to be put out of our misery.

“If Japan prioritizes the Olympics over addressing the pandemic, the Japanese people will lose faith in their own country. And people overseas must think Japan is insane. It’s the worst possible situation. I think it’s an absolute crime for the Suga administration to continue on as if nothing is wrong — and that our politicians, including members of the opposition, can’t stop them.”

(Originally published in Japanese on May 28, 2021. Translation by Annelise Giseburt.)

Next article
Standalones: All articles