Big pharma has been paying large amounts of money to university professors, hospital directors and doctors to exert their influence in the medical field. 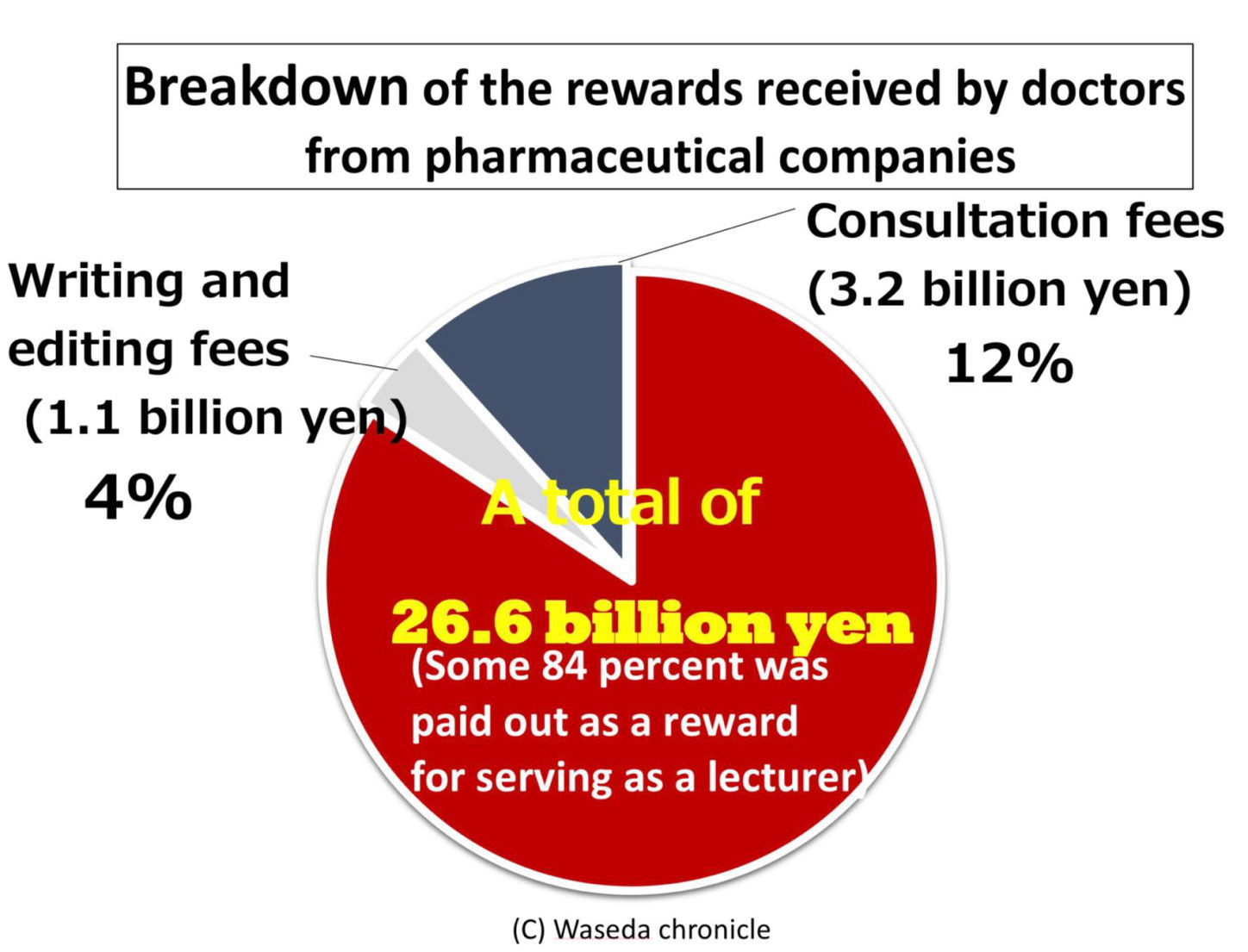 Only 5 percent of 100,000 doctors who received money were awarded with a payment of more than 1 million yen each

That means that about 5% out of the 100,000 doctors who received money from pharma bagged over 1 million yen.

This income takes various forms. Some 80%, or 22.3 billion yen, was paid to doctors by companies as lecturing fees. About 3.2 billion yen was paid as consultations on the research and development of new drugs. The companies also paid about 1.1 billion yen to doctors for writing and editing articles for industry brochures. 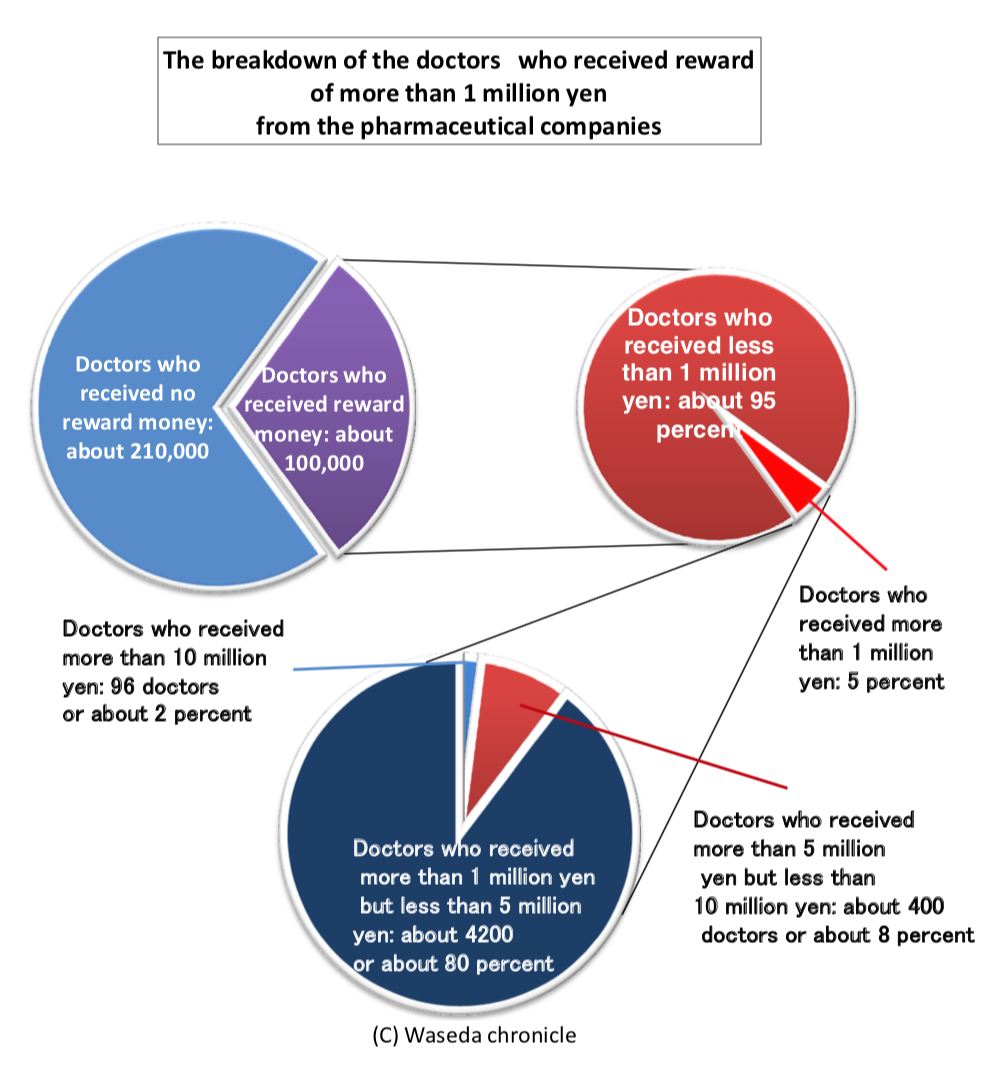 Why do the pharmaceutical companies hold lecture meetings? A pharma executive says tighter government regulations mean that such meetings are one of the few places left to “promote business.”

The Fair Trade Council of the Ethical Pharmaceutical Drugs Marketing Industry tightened its rules on business entertainment in April 2012, aiming to prevent collusion between pharmaceutical companies and doctors.(*3).

– Meals are now limited to up to 5,000 yen per person at meetings where business info is shared

– Snacks and lunch boxes must not exceed 3,000 yen per person

– Companies should not shoulder the entertainment expenses of doctors; those expenses include travel, trips to the theatre or sports games, fishing trips or the purchase of gold

Why have lecture meetings become places to promote business?

Since medical doctors who also lecture are mostly university professors and high-profile academics, their views on drugs prescriptions carry weight among other doctors.

“We cannot blatantly advertise, but those KOLs can serve as a powerful marketing tool as they talk about the efficacy of drugs based on their own experiences, using (scientific) evidence,” a pharma executive explained.

A former medical representative at another pharmaceutical company said “sales performance depends on how we can push KOLs to promote positive data about the drugs.”

Paying such large amounts of money to doctors obviously creates a danger of vested interests and could affect their medical judgement.

The Ministry of Health, Labour and Welfare has set the following standards for doctors when they examine new drugs to prevent their judgement being unduly influenced by their relationship with pharma.

Doctors cannot have voting rights if the amount of money they received from one pharmaceutical company tops 500,000 yen annually.

*1 JPMA, Japan Pharmaceutical Manufacturers Associatoin. The organization has 71 companies in the pharmaceutical industry as its member as of May 1, 2018. Set up in 1968, one of its vision is “promotion of a healthy pharmaceutical industry.” George Nakayama, Representative Director,Chairman and CEO of Daiichi Sankyo Company serves as the president and Tadaharu Goto, who served as the economy section chief of the pharmaceutical affairs bureau at the health and labor ministry is the director general of the association. (http://www.jpma.or.jp/about/jpma_info/jpmatoha.html).

*2 The 2016 survey of medical doctors, dentists and pharmacist by the the Ministry of Health, Labour and Welfare.(http://www.mhlw.go.jp/toukei/saikin/hw/ishi/16/index.html)

Next article
Money for Docs: All articles