The Create-X clinical trial found that Chugai Pharmaceutical’s cancer drug Xeloda reduces the risk of recurrence in post-surgery breast cancer patients by 30% and reduces the risk of death within five years by 41%. The trial was conducted among breast cancer patients in Japan and South Korea, with results published in the world-renowned New England Journal of Medicine in 2017. As one in 11 women in Japan will be diagnosed with breast cancer in their lifetime, Create-X’s strong results should be welcome news.

However, the trial’s funding was called into question by Akihiko Ozaki (35), a breast cancer surgeon working in Iwaki, Fukushima Prefecture. Ozaki suspected the funding might have actually come from the drug’s distributor, Chugai Pharmaceutical, in the form of donations to a nonprofit called the Advanced Clinical Research Organization (ACRO), which then passed the money to the doctors conducting the trial.

When Ozaki checked Chugai Pharmaceutical’s website, he found that the company had donated 236 million yen (about $2.24 million) to ACRO from 2012 through 2015. The trial’s results only stated that it had been “supported by a grant from the Advanced Clinical Research Organization and by the Japan Breast Cancer Research Group,” with no mention of Chugai.

Had ACRO been used to obfuscate the money trail between Chugai and the doctors who conducted the trial? Ozaki made his doubts public with an article in a scholarly publication, in which he argued for proper disclosure of conflict of interest and funding sources.

The Create-X trial was conducted by leading breast cancer specialists, including Ozaki’s own boss. But heedless of the risks to his career, in addition to his article Ozaki also appealed to the Japanese Association of Medical Sciences (JAMS).

JAMS took action, prompting an investigation by Kyoto University into the connection between Chugai Pharmaceutical and the clinical trial. The individual with overall responsibility for the trial’s results is Kyoto University Hospital Breast Cancer Unit Director and professor Masakazu Toi.

However, the university’s investigation was far from comprehensive. 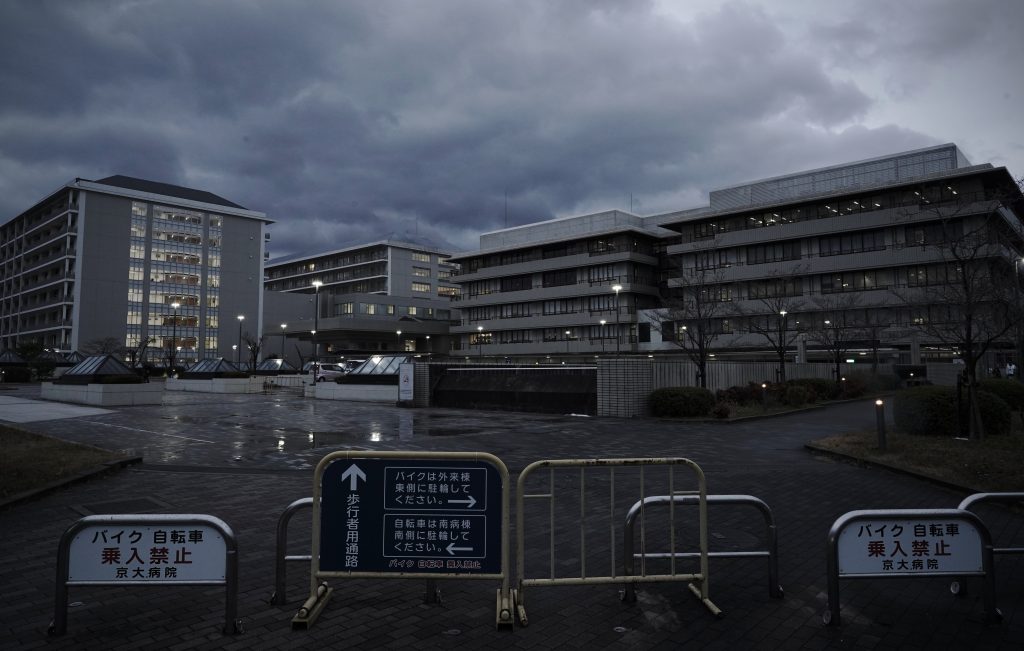 Kyoto University Hospital, which investigated conflict of interested between Chugai Pharmaceutical and the Create-X trial. Photo by Shota Tomonaga. (C)Tansa

A section under the heading “Conflict of interest related to funds from Chugai Pharmaceutical” contained the following.

“It is believed that Chugai’s donation to ACRO is not necessarily related to the use of Chugai’s product in the Create-X trial,” the report concluded.

In the report’s “outline of investigation” section, Kyoto University acknowledged that it lacked a critical component.

If Kyoto University’s investigation hadn’t examined ACRO, the link between Chugai and the trial’s doctors, how had it concluded that the pharmaceutical company was unconnected with the clinical trial?

Tansa knows firsthand that it is difficult to get information out of ACRO. As we reported in the sixth and seventh articles of this series, an agent consigned with ACRO’s accounting had embezzled significant funds from the nonprofit, and it had subsequently suspended its activities.

But still, together with Ozaki, we dug deeper than Kyoto University. We interviewed multiple individuals familiar with ACRO and obtained concrete evidence — internal documents, including a copy of a bank passbook — that tied Chugai’s donations to the clinical trial. Read this series’ fourth and fifth articles for details.

Maybe, given Tansa’s findings, Kyoto University could give the case another look. We sent questions to the effect addressed to Iwai and Ingaki, but the answer was a resounding no. Kyoto University’s investigation was already finished, and the two would not be taking further questions.

The clinical trial had Kyoto University’s seal of approval.

“Given the results of the Create-X trial”

On Oct. 4, 2019, 10 months after Kyoto University submitted its report, the Japanese Breast Cancer Society (JBCS) held its 153rd board of directors meetings at its headquarters in Tokyo’s Nihonbashi neighborhood. Comprised of over 9,200 specialists from across Japan, JBCS is a nonprofit led by chair of the board Shigeru Imoto, a professor in the Kyorin University Faculty of Medicine. According to board meeting materials obtained by Tansa, one agenda item up for discussion related to Chugai and the clinical trial.

“JBCS received a request from Chugai Pharmaceutical that, given the results of the Create-X trial, we consider applying the ‘year 55 directive’ for off-label use of capecitabine following surgery to treat breast cancer.”

Capecitabine is the generic name for Xeloda, the cancer drug tested in the Create-X trial and distributed by Chugai Pharmaceutical.

The “year 55 directive” related to off-label use is a directive released by the former Ministry of Health and Welfare in 1980 (Showa 55). It states that even if a drug was not originally approved for a given treatment, if subsequent research and publications demonstrate its effectiveness and safety, said drug may be approved to be covered by insurance for such a purpose.

JBCS chairman: “No comment on matters currently being pursued”

But Chugai Pharmaceutical’s funding of the trial had not been disclosed in the New England Journal of Medicine article announcing its results. The hidden involvement of the drug’s distributor raises doubts about the results’ credibility. Does this trial justify administering Xeloda to a wider range of patients?

What did JBCS think of Chugai’s request? Two of the organization’s board members had helped author the trial’s results. In January 2020, Tansa emailed JBCS chairman Shigeru Imoto to request an interview.

Imoto replied as follows: “[The matter of Chugai’s request for off-label use] is currently being pursued by our insurance and health care services committee. As chair of the board, I have no comment at present.”

A number of months had passed since then; maybe the situation had changed. In October 2020, we sent another email. The reply was not from Imoto but from the head of the JBCS secretariat.

“With regard to your question about the request for off-label use of capecitabine, we have yet to hear back from the authorities as to the request’s result.”

Chugai “unable to confirm” whether it made the request

What was Chugai Pharmaceutical’s stance on the matter? In February 2020, we sent the company a list of questions addressed to Representative Director, Chairman & CEO Tatsuro Kosaka.

A response duly came back from the PR department — but it wasn’t what we expected.

“Please tell us the basis for your question about ‘Chugai’s request.’”

We explained the background: the off-label use request from Chugai to JBCS mentioned in the latter’s board meeting materials from Oct. 4, 2019. The next day, we received the following.

“We tried to obtain the relevant documents through in-house JBCS members but were unable to do so, as they did not have access to said documents.”

So Chugai couldn’t confirm its own actions without getting its hands on the JBCS meeting materials? Were they not able to check with the relevant department?

“We are still unable to confirm what happened,” the Chugai representative replied. “Our answer remains unchanged.”

(Compiled from articles published in Japanese on Nov. 5 and 6, 2020. Translation by Annelise Giseburt.)