Tatsuya Takemura was transferred from the plutonium fuel department to the engineering department’s inspection group. It was his last position at the former Power Reactor and Nuclear Fuel Development Corp (PNC) before he went missing in 1972.

I spoke with a former member of the engineering department who suspected that Takemura had disappeared of his own volition. He told me that Takemura’s books had been found at a second-hand bookshop in Mito, a city not far from PNC. The man believed Takemura’s orderly decampment meant he could not have been abducted.

But the scientist who had worked under Takemura in the plutonium fuel department remembered one loose end — Takemura’s car had been left sitting in the dorm parking lot. The scientist remembered it well: a Toyota Corolla with the license plate number 3298, which can be read as “Mini Cooper” in Japanese.

I mentioned the abandoned car, but the former engineering department member was ready with a rebuttal.

“Takemura and some buddies from work pooled their funds to buy that car, you know.

“Sometimes they’d drive around together, sometimes one of them would take it out on his own. I guess you’d call it carsharing these days. A set of wheels was still pretty pricy back then, and not everybody had one.”

I couldn’t imagine Takemura taking part in a carshare with “buddies from work.” When I spoke with his former colleagues in the plutonium fuel department, as well as his former classmate from university, they had all described Takemura as a loner.

But the man even gave me the name of one of the carshare members, describing him as a sociable figure who had served as head of the PNC workers’ union and who had directed a chorus in his free time.

If the Corolla had in fact been common property, then Takemura hadn’t abandoned it — he had left it with the others.

“So then why did Takemura vanish?” I asked.

“He disappeared around the time China began nuclear weapons testing,” the man said. “A rumor went around PNC that Takemura had gone to help develop their arsenal, but of course there was no proof. I don’t remember hearing anything about North Korea. After all, Japan still had a good relationship with the country back then. Ethnic Koreans in Japan called it ‘Paradise on Earth,’ and many of them repatriated.”

That was the extent of what he knew about Takemura. Though they had worked in the same department, they had been assigned to different groups.

Using an employee directory published just before Takemura disappeared, I located a member of the inspection group who had worked alongside Takemura. He lived in Sendai, so that’s where I headed next. 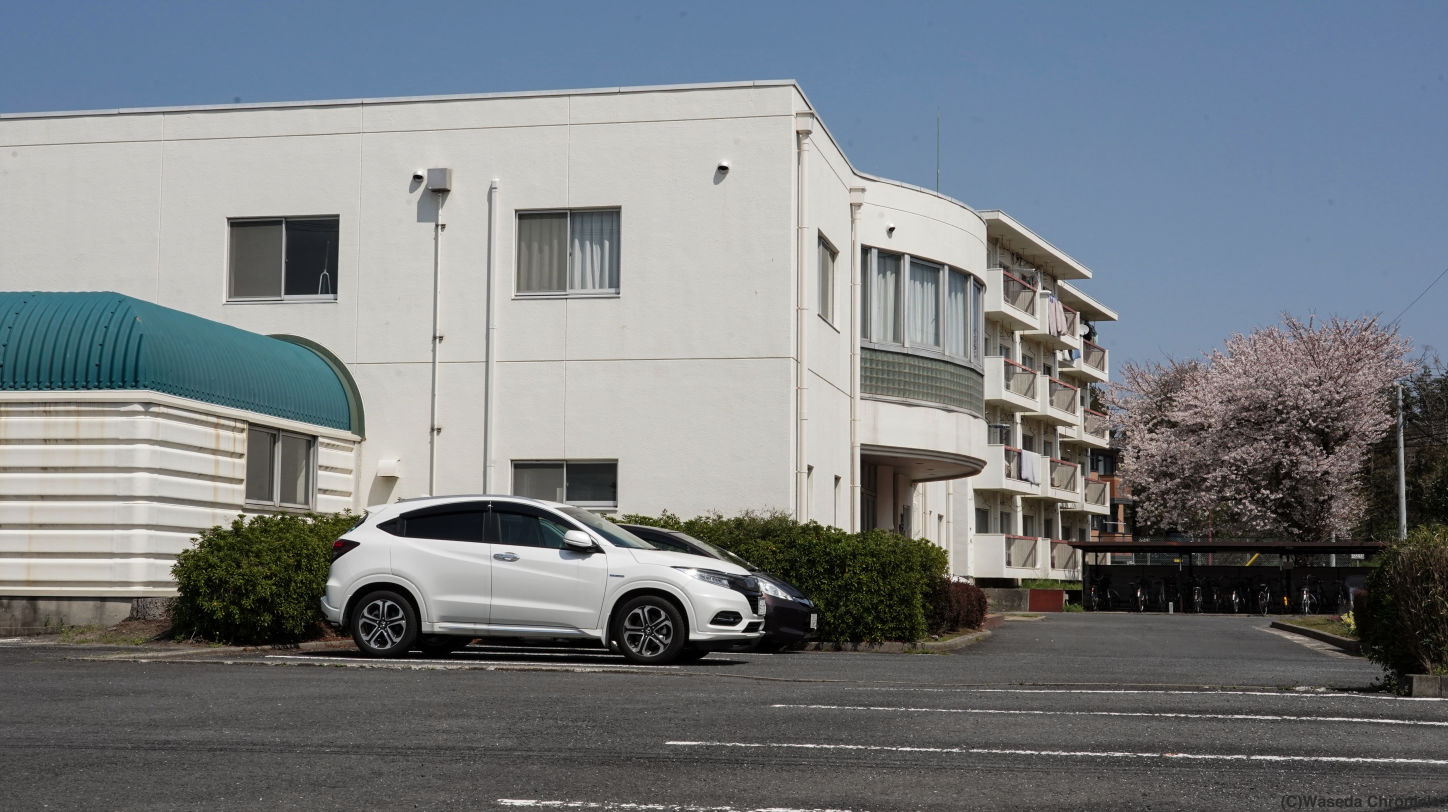 Parking lot of the singles dorm where Takemura lived. Photo taken at 12:15 p.m. on April 4, 2020 in Tokai, Ibaraki Prefecture. (C)Tansa

The former inspection group member was a little put off by my sudden visit. Still, he agreed to speak with me through his house’s intercom after I told him I was looking into Takemura’s disappearance.

“I only knew that he had left PNC, not that he’d disappeared. Takemura was older than me, I think around 34 or 35 at the time. We weren’t particularly close. He belonged to another department before joining the inspection group, so we only worked together for about a year or two.”

“I heard a detective came to PNC to investigate Takemura’s disappearance. Apparently he suspected abduction by North Korea,” I said.

“No, I don’t know anything about that. I wasn’t aware the police got involved; this is the first I’m hearing of it. I didn’t even know Takemura went missing, after all.”

“Did Takemura tell you he was leaving PNC?”

“Not directly. The inspection group held a farewell party for him,” the man replied. “It wasn’t just like he was here today, gone tomorrow — he had a proper send-off. We did the same for everyone when they left.”

“Did Takemura give a farewell speech? Did you hold the party at an izakaya?”

“I heard from some other PNCers that Takemura had been hired by another company,” I prompted.

“No, he didn’t say anything about that.”

How strange. If Takemura had already found a new job by the time he quit, wouldn’t he have at least mentioned it at his farewell party?

What could this mean? On the bullet train back to Tokyo, I remembered what Takemura’s colleague from the plutonium fuel department had said: “When PNC’s HR department tried contacting Takemura’s new employer about an unpaid bonus, they were told that ‘no such person works here.’”

Could Takemura’s mysterious new work be the key to understanding his disappearance? I decided to look up other instances of abduction by North Korea that involved a job offer. 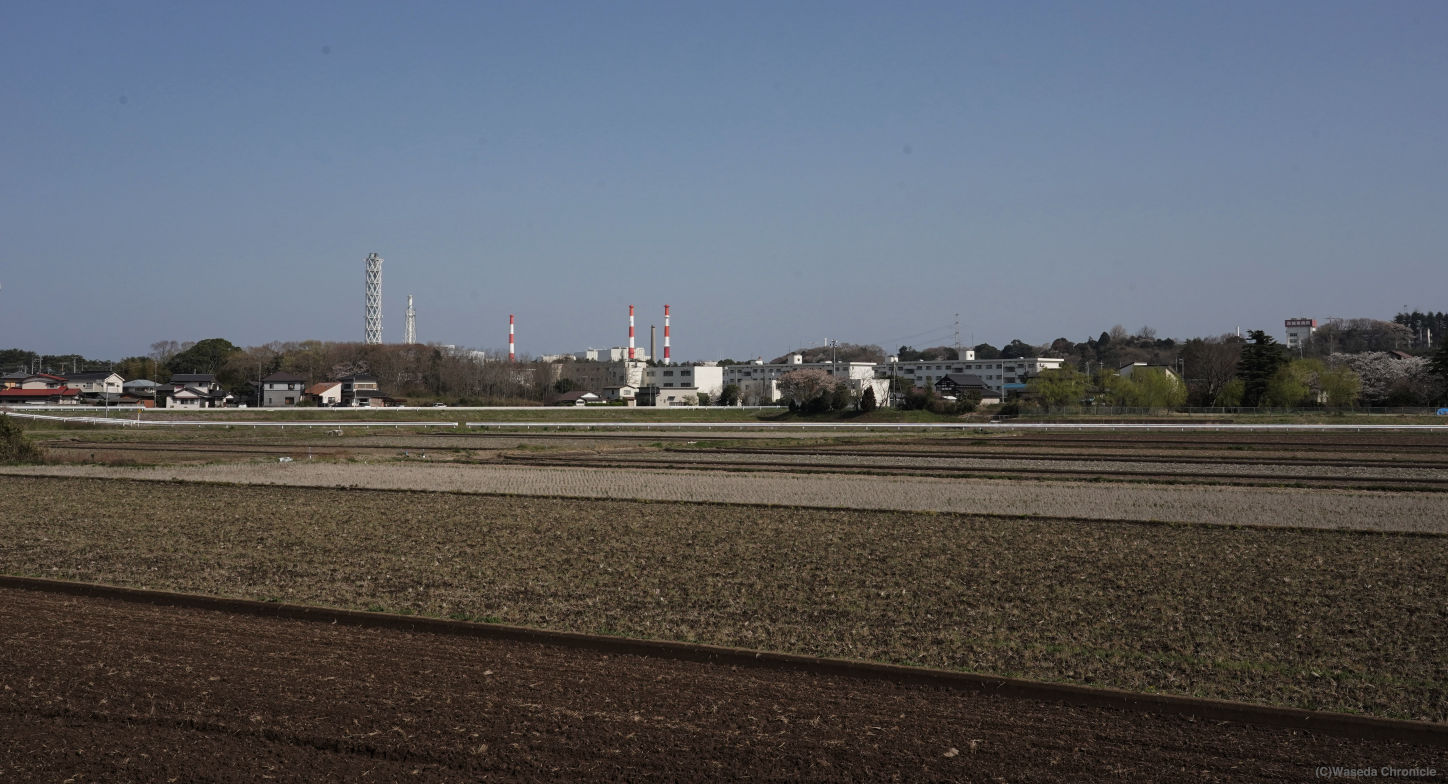 Despite what his coworkers heard, Takemura hadn’t gone to work for Kyocera, Mitsubishi Nuclear Fuel, or Asahi Kasei.

And when PNC’s HR department called Takemura’s supposed new employer, they were told that “no such person works here.”

If he really had been hired by that company, a more likely response would have been “He was supposed to come work here but hasn’t shown up.”

Abduction by North Korea is most often associated with agents forcibly kidnapping their victims.

For example, Megumi Yokota was abducted on her way home from badminton practice; she was in seventh grade at the time. Kaoru and Yukiko Hasuike, a couple who later managed to return to Japan, were also assailed and carried off by North Korean operatives.

But violence couldn’t have been the only means of abduction. What about, say, a job offer?

In my research, I came across the case of Keiko Arimoto, a Kobe City University of Foreign Studies student who was abducted in 1983 when she was 23.

“While studying abroad in London in 1983, Arimoto was told of a work opportunity doing market research for a company based in North Korea. Arimoto agreed to the job and was handed over to a North Korean agent in Copenhagen.”

In short, Arimoto had been baited with a job offer and subsequently abducted.

The Sankei Shimbun, a newspaper which had been looking into abductions even before the police, had reported on cases of abduction by North Korea both in Japan and abroad that involved job offers.

Tadaaki Hara (43 at the time) was a cook in a Chinese restaurant. He was lured out by the promise of new work and abducted from a beach in Miyazaki Prefecture in June 1980.

In Lebanon, unmarried women “proficient in Arabic and French” were recruited “to work as secretaries at a Japanese company.” The four who passed the interview were told they were taking part in “a training in Japan,” but their plane landed in Pyongyang.

Takemura could very well have fallen for a similar line.

Imagine: Takemura, discouraged by his demotion at PNC, is approached by a North Korean agent claiming to work for a private company.

“You’re being wasted at PNC! But our company could really use someone with your skill.”

Could the plutonium expert have been indifferent to such an appeal? 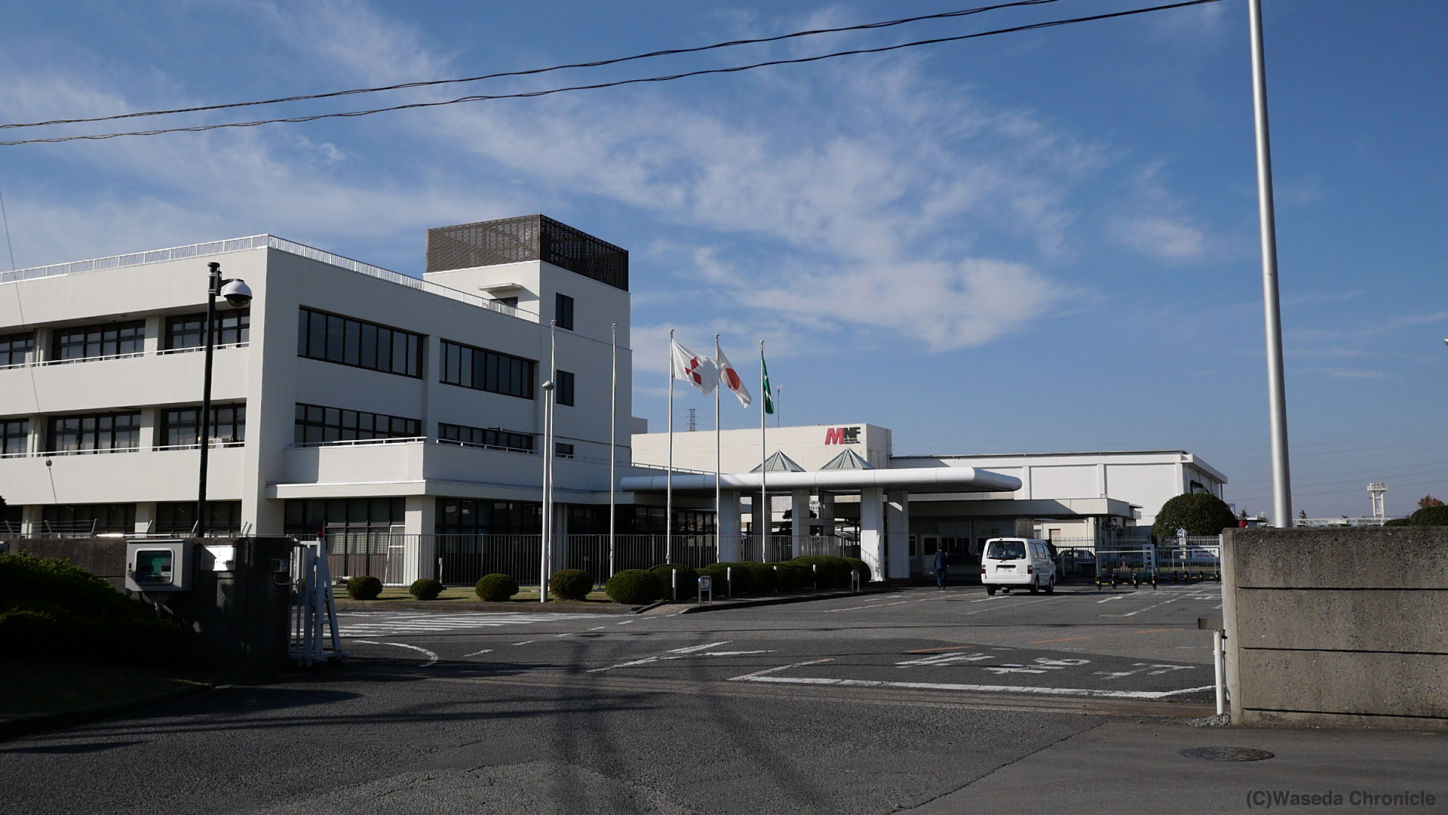 Mitsubishi Nuclear Fuel, which was mentioned as one of Takemura’s potential new employers. It is based in Tokai, just like the former PNC. Photo taken on Nov. 21, 2018 in Tokai, Ibaraki Prefecture. (C)Tansa

Why had the detective suspected abduction?

Given the existence of similar cases, in hindsight it isn’t a stretch to suspect that Takemura’s disappearance might have been an abduction.

But in 1972, abductions by North Korea had not yet made the news in Japan. The thought would never have crossed most people’s mind. And yet, the detective from the Ibaraki Prefectural Police’s Katsuta Station (now Hitachinaka Station) had said that Takemura “might have been carried off by the North.” How had he come to suspect abduction?

What’s more, the detective belonged to a local station rather than the Ibaraki Prefectural Police headquarters. Normally, local stations are only versed in local cases, not international incidents. I had a hard time imagining that this detective was always on the lookout for international crime.

But the former member of the engineering department helped me understand the detective’s unique awareness. After graduating from junior high school, the man had begun working for PNC as a day laborer before getting hired as a regular employee and becoming involved in the union.

“PNC handled nuclear materials, so both the Ibaraki police and PNC itself were pretty nervous about the facilities being targeted by terrorists,” he said. “Well, back then we didn’t really use the word ‘terrorist,’ we called them ‘extremist groups.’

“Because of this perceived threat from extremists, the union was heavily monitored under the pretext of ‘protecting the nuclear materials.’ PNC’s general affairs department and the police at Katsuta Station worked together to do it.”

The man told me about a union member who went on a business trip to another prefecture. A Katsuta Station detective showed up at the inn where he was spending the night. When they crossed paths in the lobby, the detective asked for information about the union.

The man himself had also been under surveillance, with detectives trailing him and showing up at his house.

“I was shadowed constantly, but I never told them anything. If a cop showed up, I’d say ‘What’re you coming around for, you fuck’ and send him packing. ‘You’ll be breaking the law for trespassing if you don’t get going!’” he recalled, laughing.

The plutonium fuel department scientists also remembered the tense atmosphere at PNC back then.

“When something didn’t go right at PNC, sometimes a guy would pass something through the fence to someone outside the grounds,” one of them told me. “We were worried, like ‘Should he be doing that?’ ‘He’s not a spy, right?’”

(Compiled from articles originally published in Japanese on May 7, 8, and 11. Translation by Annelise Giseburt.)