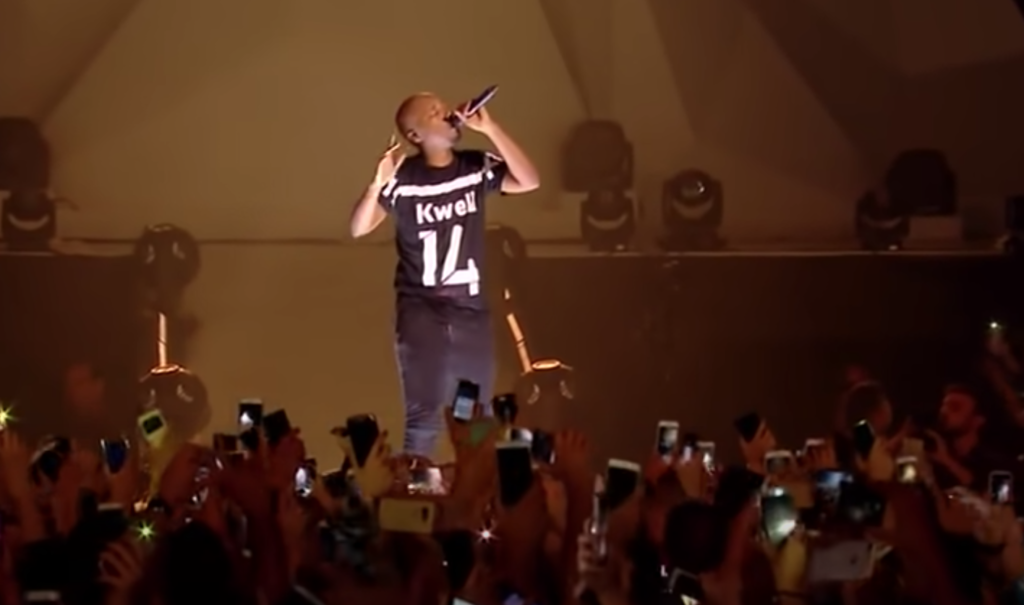 I often listen to hip hop on my way to work. To me, it’s a natural association — after all, when it comes to waxing poetic about “the pen,” rappers certainly give journalists a run for their money.

Hip hop first captured my imagination in my fourth year of high school, in AP French class. All the students — myself included, I have to admit — were keen to study topics that were nice and light. You know, French food and the like. But the teacher had other plans: It seemed to be her mission to introduce us to social issues facing the Francophone world. But how to get the kids engaged? It was time to roll out a Trojan horse called music.

The track was “Regarde-moi (See me)” by Soprano, a French rapper of Comorian descent who proudly reps his hometown of Marseilles. What surprised 17-year-old me was that, in the four minutes and 23 seconds of “Regarde-moi,” Soprano was able to paint a vivid picture of stratified French society through intertwining stories.

Each verse of “Regarde-moi” is from the perspective of a different character. The first is a son of immigrants, who studies hard with the hope of being able to lift his family out of poverty. But, “overqualified and too dark,” he can’t find decent work to support his wife and child. “All the doors were closed,” he despairs and, in the end, turns to crime.

In the second verse, a French teenager — from a broken home and with “her head full of debts” — attempts suicide following her pregnacy and being abandoned by the child’s father.

And finally, the story of said father, the son of a wealthy family who “graduated from a private school without lifting a finger” and “tours the world by private jet.” But, hearing of the girl’s suicide attempt, he goes to withdraw cash for her from the bank — when the man from verse one enters, holding a gun.

“Regarde-moi!” shout the son of immigrants, the desperate teenager. “I am the France you don’t know.”

No other genre of music could present such a drama so efficiently, in so much detail. I was amazed to find you could tell stories like this.

The more I listened to hip hop, the more I grew to love it. The wordplay, the beats that make me want to move. The rappers’ unapologetic pride and confidence, amid a world that would strip them of it. Their struggle against power.

It may sound strange, but I try to emulate hip hop when I write or translate for Tansa. I’m sure plenty of writers do this, but every article that goes on our English site gets read aloud, multiple times. Does it have rhythm, momentum? Is it a pleasure to read, not just from the subject, but from the language itself? Are the voices clear and strong?

Plenty of articles clock in with a read time of about four minutes. I don’t want to waste a single second.