On June 15, 2020, Rappler Executive Editor and CEO Maria Ressa was unjustly convicted of cyber libel by a Manila court. Tansa spoke with Ressa about the libel case, the attacks against her organization, and how we can protect our democracies.

Have your thoughts changed since first hearing the verdict?

No, my anger has only grown, especially as we prepare to challenge the verdict. I’ve gone through all the legal acrobatics that had to happen to even bring this to court and then to convict me. It has an impact on every Filipino who posts online.

The verdict didn’t actually address the huge elephant in the room: In order to get this case filed in the first place, the government had to change the period of prescription for libel from one year to 12 years. And then they had to take a novel concept of republication: that if you change one letter of one word, [it counts as republication].

Could you tell me more about how businessman Wilfredo Keng brought his complaint to the Department of Justice? Was it standard proceeding?

There’s nothing standard about this.

It took Keng five years to want to protect his reputation on a story that was written in 2012. The story was of public interest because it was not about Keng; it was about a former Supreme Court chief justice, who was at that point being impeached. He was using luxury cars [including one belonging to Keng] loaned to him by businessmen.

The Philippine government’s own lawyers, the National Bureau of Investigation, actually threw out [Keng’s claim] precisely because the period of prescription for libel is one year. And then it miraculously appeared again and was filed at the Department of Justice. Keng will say that he’s a private individual, but this case wasn’t prosecuted by one private lawyer.

So for the government to say that it had no role is disingenuous at best.

The judge threw out the testimony of [Rappler investigative section head Rosario Hofileña], the editor in charge of the story, as hearsay and then demanded that I testify — I would have been the hearsay, I had nothing to do with it. These things just didn’t jive.

And the arrest warrant itself, even though it’s a bailable charge, had no amount that I could plead for bail. That was part of the other things that were different. I should have been allowed to post bail at night court, but the judge there turned it down. They forced me to spend the night in jail. So this is obviously the state wanting me to feel its power. 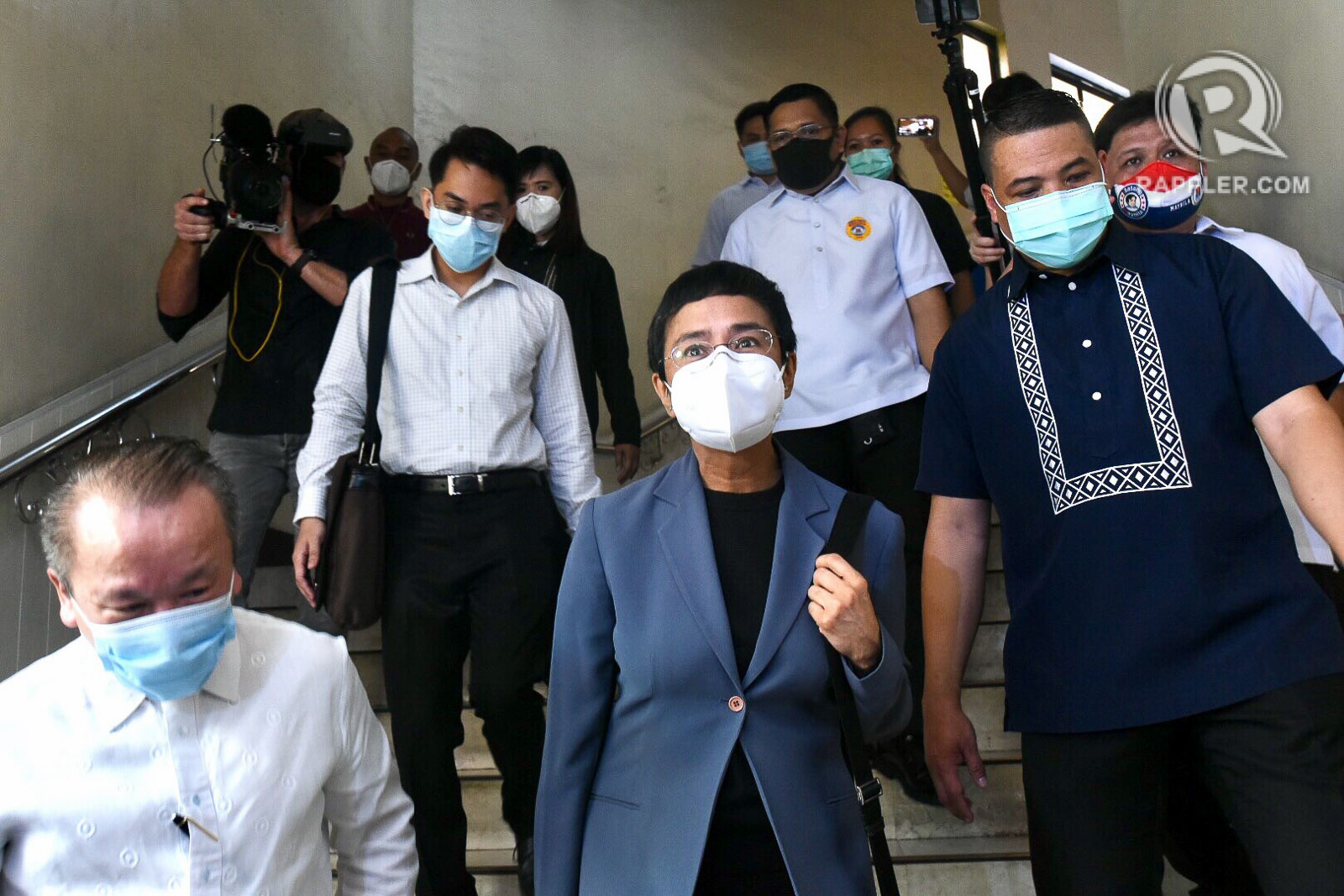 How did you and your legal team come up with a defense?

We focused on the charges. The charge was republication. The charge even said that it was wilfully done, that it’s malicious. I think that we called it all out.

[Under Philipine law], because it’s up to six years in prison, if we decide to take probation, we can actually ensure that we won’t spend a day in jail. But then we have to accept the verdict.

Probation is not an option. It’s principles — this is a fight of principles!

This case would be laughable if it wasn’t me. And I guess that’s the only thing I can do, because we’ll challenge it in court. If we don’t get justice now, we’ll get justice at some point down the road.

I admire that positive attitude.

I don’t have a choice. Really, truly. If it was just me, maybe I would just shut up. But it’s more than that: it’s Rappler, which is a company we built from scratch. It’s also press freedom and our democracy. It’s death by a thousand cuts of our democracy.

I’m very aware that press freedom is really under attack. On May 5, the largest broadcaster in the Philippines was shut down. We’re just at the point when [the Philippines is] starting to institutionalize abuses of power. In my case, it’s a verdict; it’s now part of the justice system.

Here in the Philippines, I feel like we’re just at the edge. Are we going to jump off that cliff and lose our democracy? Or are we going to pull back from the edge and hold the line?

I’ve been saying that for four years now: We have to hold the line. Here’s the line of the rights we have under the Philippine constitution. There’s like a bulldozer trying to push us backwards, and all we’re trying to do is hold the line. Because you don’t voluntarily give up your rights.

What was the inciting incident that led to the attacks on Rappler?

It was two series [of investigative reports]. The first is something we call the impunty series: It’s about the drug war and how the numbers that the government released were being changed in plain sight.

The second is that we did a propaganda war series: how social media and Facebook had been weaponized and was used to manipulate the public sphere. We did a three-part series in 2016; I wrote two of the three parts. The first was about weaponizing the internet, the second was how Facebook algorithms impact democracy, and the third piece was about manufactured consensus. Imagine the impact that astroturfing and manufactured consensus could have on things like, for example, support for the drug war or support for President Duterte.

So we did this propaganda war series, and right after that I got pummeled with attacks online, on a scale I had never thought possible. I was getting about 90 hate messages per hour. And our people — Rappler, our social media team, our reporters — were getting pummeled.

Essentially, if you say a lie a million times, in social media it becomes a fact. And that’s what has led to this reality we now live in, where we’re debating the facts, not what they mean in context. And that’s in every country around the world.

Did the criminal cases and investigations from the government start soon after the online attacks began targeting yourself and Rappler?

Yes, a year later. In 2017, the government officials started saying the same lines. President Duterte said we’re foreign-owned in his state of the nation address. And about a week after that I got the first subpoena.

In 2018, Rappler and I faced 11 cases and investigations. And then in 2019, eight criminal charges were filed against me in court. The trials began; I was arrested twice and detained once. But I haven’t done anything differently as a journalist, from 1986 until now. It’s just that now, apparently, journalism is a crime.

By 2020, there’s the first conviction. And now you can say “journalist equals criminal.” 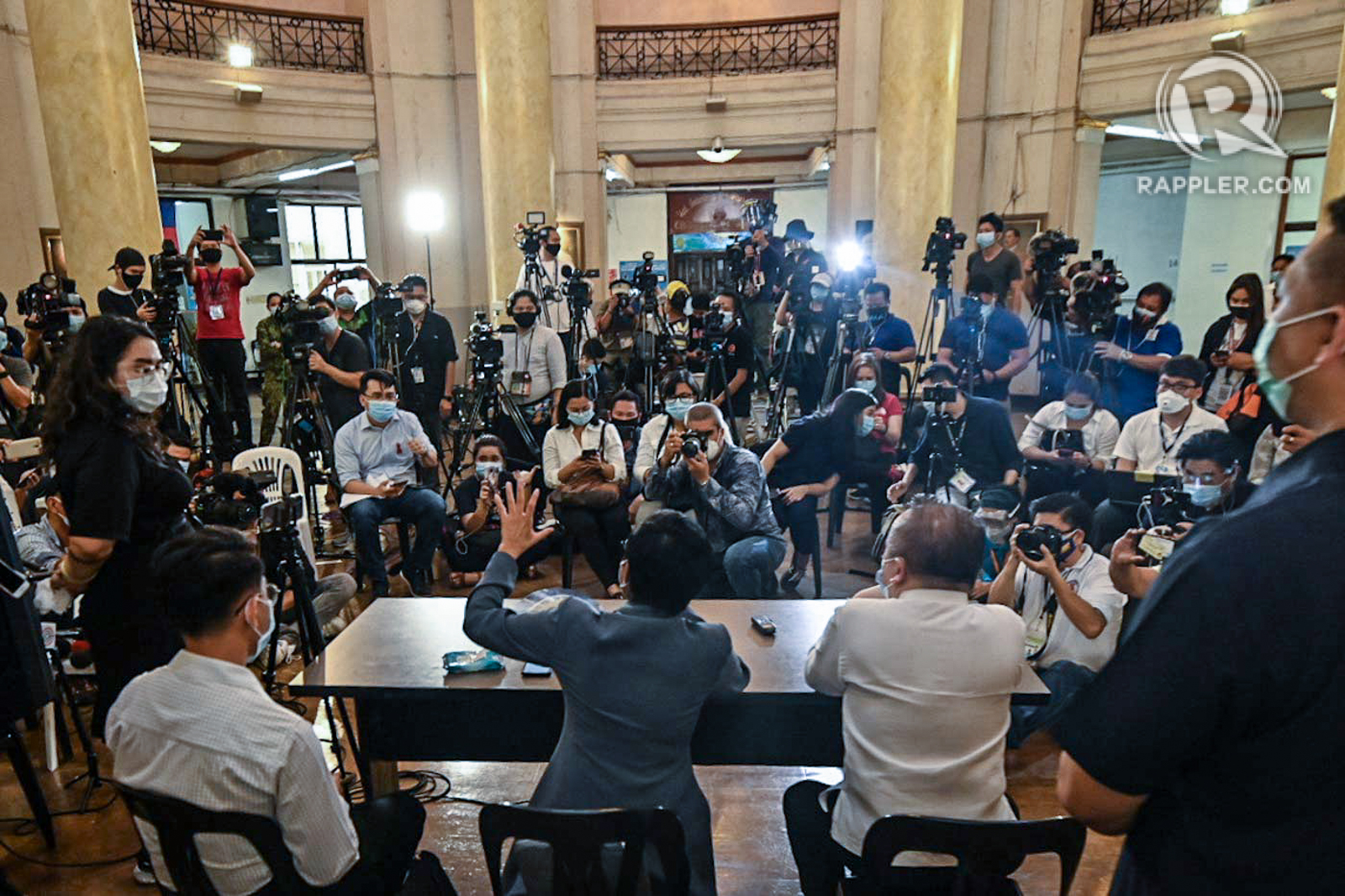 How is everyone at Rappler handling the verdict?

It’s been four years. So we’re forged in fire. We know why we do what we do, we know that we can’t let this stuff intimidate us. I’m so proud of the team because we’re continuing to do hard-hitting investigative journalism. We’ll continue doing our work, otherwise the threats accomplish what they set out to do.

And how has the wider reaction been?

Last year, I was the keynote speaker at the Global Investigative Journalism Conference in Hamburg, Germany. There were 1,700 hardcore investigative journalists in the room, and I swear you could hear a pin drop when I started describing what we were living through. I think we all kind of cried together. I think we’re realizing how much these times demand from us, to be able to do our jobs.

What would you say is necessary in order to create online public discourse that is fair and supports democracy, rather than erodes it?

Journalists lost the gatekeeping powers to tech. Facebook is now the world’s largest distributor of news. But the design of the platforms allow lies laced with anger and hate to spread faster than boring facts.

We spend our entire careers learning to tell good stories so that we can make facts interesting. Well, in this information ecosystem, the lies are spreading faster than the facts. That’s what’s changing everything. If you debate facts, you can’t have trust. You can’t have truth. And without facts, truth, and trust, you can’t have democracy.

I’m co-chair of a working group looking for systemic solutions against the infodemic. It’s a global initiative. The other people we’re working with are from every discipline we need — we need tech, we need governance, we need journalists, we need artists.

What can other journalists or average citizens who aren’t in the Philippines do to help you and Rappler?

Tell our story. We can survive because you help shine a light. The second is, if I do go to jail, please don’t forget me! I’m half-joking; gallows humor is a way to deal with this.

The strategy of the government is to make this a war of attrition. Even our legal fees have escalated. If you would like to, you can google “Rappler crowdfunding.” We have a community now that has done that, and that’s part of the reason we can continue operating.

Other than that, it starts at home. Protect your own democracies. Stand up and use your rights. Every generation creates the democracy for themselves. This isn’t something static, that I’ve learned really vividly. We’re kind of standing on the rubble of the world that my generation has created. And the younger generation now must create a better world than we have.

Be aware. Use your rights, otherwise you might lose them. And it crumbles very fast.