Following a clinical trial conducted among 900 patients, doctors in Japan and South Korea found that Chugai Pharmaceutical’s anticancer drug Xeloda reduces the risk of recurrence in breast cancer patients by 30%. These happy results were published in the world-renowned New England Journal of Medicine.

In this series’ previous articles, Tansa has revealed that the clinical trial had strings attached from the very beginning. Chugai Pharmaceutical supplied significant funding to the group of doctors conducting the trial by rerouting it through a nonprofit called the Advanced Clinical Research Organization. In their article announcing the trial results, the doctors failed to disclose that they had received funding from Chugai.

ACRO had been used as a cover. 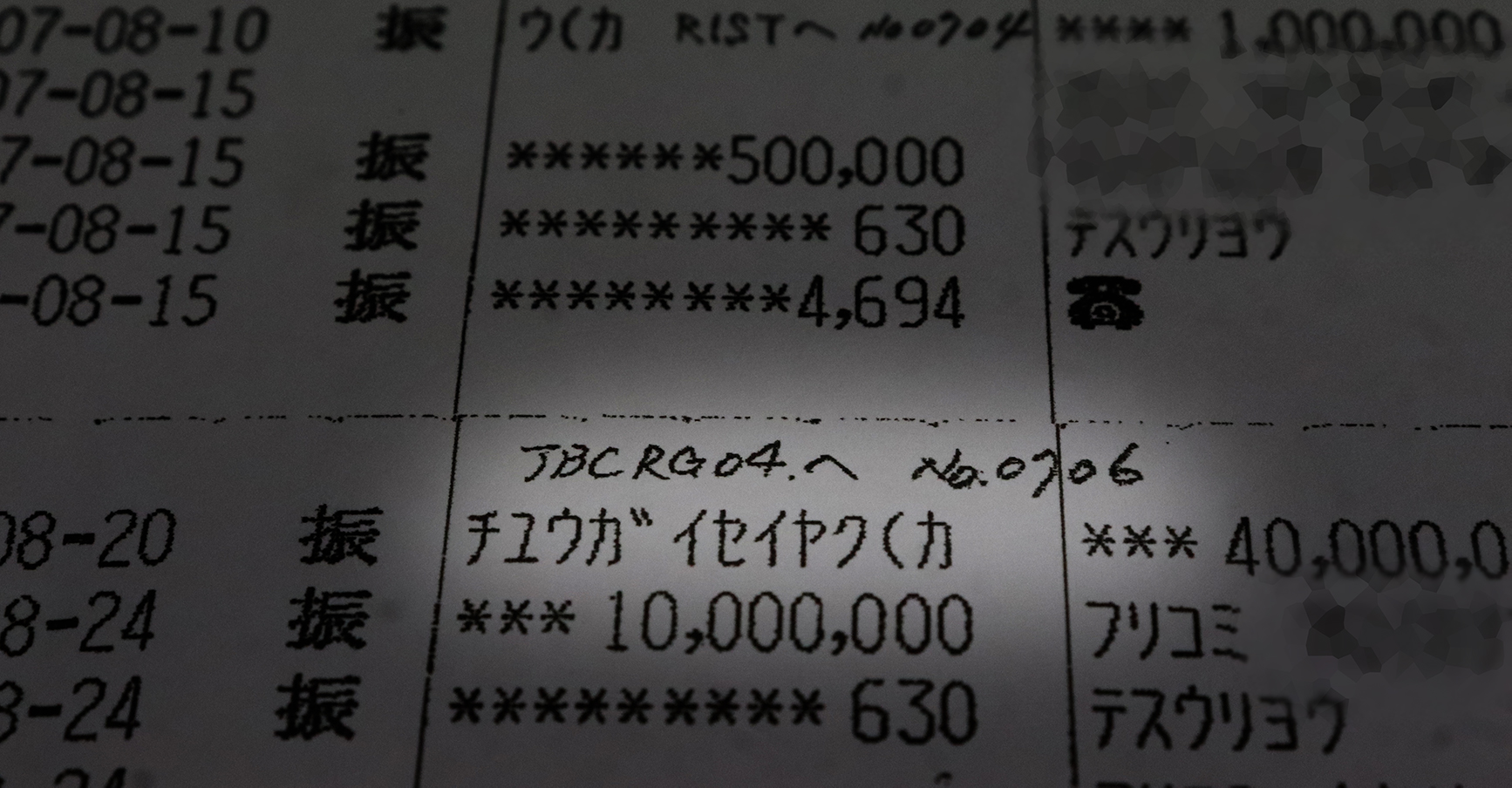 Above: The copy of ACRO’s bank passbook. A handwritten note shows that the money from Chugai Pharmaceutical was intended for the clinical trial “JBCRG04.” The photo has been partially edited. Below: Donation amounts from Chugai Pharmaceutical recorded in ACRO’s balance sheet for the Xeloda trial. This is an English version, created by Tansa, of the original Japanese spreadsheet.

The above photos show a copy of ACRO’s bank passbook, which records money transferred in and out of the account, and a balance sheet. We are also in possession of the Excel-based account book for ACRO’s bank account.

The balance sheet, bank passbook, and account book are proof in triplicate that the funds from Chugai were intended for the clinical trial. For details, please read this series’ fourth and fifth articles, “Irrefutable proof” and “‘Chugai Pharmaceutical’ written in the passbook.”

In response to our inquiry, Chugai Pharmaceutical maintained that its donations were given sans strings: “We answered ACRO’s request for donations because we approve of the organization’s activities overall” (*1).

In other words, Chugai said it donated to ACRO to support the nonprofit’s various activities, not to pass along money the clinical trial of its own anticancer drug Xeloda.

We decided to pay ACRO a visit. 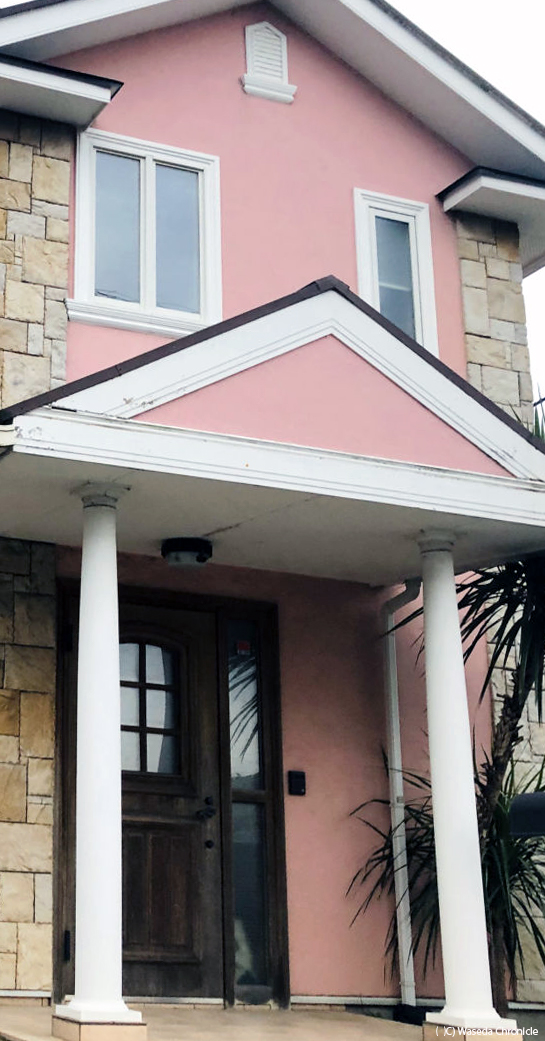 ACRO’s officially registered address is in the city of Kuki, Saitama Prefecture.

The location was a five-minute walk from Kuki Station on the Tobu Isesaki Line, in the middle of a residential neighborhood. Upon arriving, we found ourselves faced with a pink, two-story building. It looked more like a normal house than an office.

There was no “ACRO” nameplate. And no sign of anyone inside.

We tried asking neighbors if the building was indeed ACRO’s office, but their only responses were “Not sure. This is a residential area, after all” and “I’ve never seen anyone coming in or out of that house.”

Just when we were about to give up and head back to the station, a delivery person appeared in front of the adjacent house.

“Yes, that’s ACRO’s office,” they said in response to our questions. “It was occupied until this past summer. Nowadays someone comes once per week to take care of the building, but that’s about it.”

So this pink house had been ACRO’s office after all.

But what was it now?

Could this deserted building really be the ACRO whose activities Chugai Pharmaceutical “approved of” to the tune of over 100 million yen?

We found one other clue: a sticker on the house’s mailbox with the name of a management consulting company in Tokyo.

We gave them a ring.

From the call, we learned that the management consulting company was handling ACRO’s administrative work. Although the employee in charge was out at the time, he called us back three days later.

According to the employee, ACRO had suspended its activities. He said that what he did for ACRO couldn’t really be called “administrative work” and that he had just been helping out for the past two years.

Although he had read this series, his only comment on it was that the accounting documents “seemed real” because ACRO’s logo appeared in one of the photos we used.

ACRO had suspended its activities and now shut down its website too. What kind of organization was this?

We discovered a telling incident that had taken place at ACRO years before. 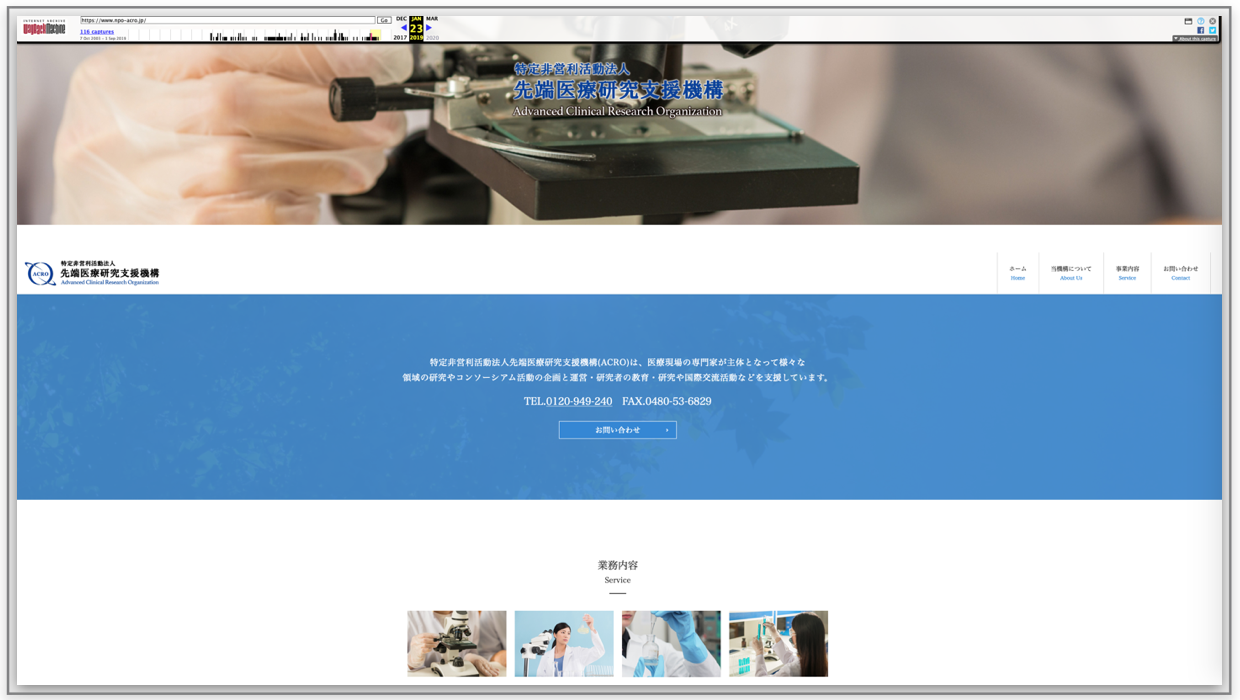