“Nothing more than defamation”

Ohno had asked to speak with Ozaki about an article the young doctor had published(*1). In it, Ozaki raised the possibility that Chugai Pharmaceutical had secretly provided funding for a clinical trial of its own anticancer drug by funneling the money through a nonprofit. Ohno had been one of the doctors who conducted the trial.

With his audio recorder on, Ohno began his questions.

“So you have a problem with the clinical trial, huh?”

“So you have a problem [with the clinical trial], huh?” Ohno asked Ozaki to explain why he felt the trial’s funding was cause for concern.

“The [clinical trial’s] results were shocking, in a good way,” Ozaki replied honestly. “The doctors involved did great work, and I have a lot of respect for that.”

“But I wondered why some things were left out,” he continued. “Frankly, I felt the article didn’t reflect the reality [of the trial’s funding].”

Ozaki knew that one of the trial’s funders, a nonprofit called the Advanced Clinical Research Organization, had received over 200 million yen (about $1.9 million) in donations from Chugai Pharmaceutical. That detail had been missing when the trial’s findings were published in the world-renowned New England Journal of Medicine.

“Worried about your future”

“It’s true we didn’t mention that about Chugai, so I understand why you felt it was unclear,” Ohno said.

But nevertheless, he disapproved of Ozaki making his concern public.

“Why didn’t you consult with me before writing [your article]?” Ohno asked.

“It’s a sensitive issue, and I was worried that my concerns wouldn’t be taken seriously,” Ozaki replied.

In the recording of the conversation, Ohno’s voice is at times soothing, at times charged.

“Kyocera’s [founder and thought leader Kazuo] Inamori always says that action, passion, and thought are multipliers, meaning one’s way of thinking can lead one in totally different directions depending on whether it’s positive or negative,” he said in a voice tinged with warning. “You don’t hesitate to take action, and you’re passionate about helping patients. But when you thought about how to approach this issue, was publishing the only course you considered?”

“Of course, we will have to respond [to your article],” Ohno continued. “Not doing so would be tantamount to acknowledging that the study itself is deserving of criticism.”

“But I, and others too, are worried about how this will impact your future.”

Questioned for a total of three hours, 15 minutes

Although Ozaki thought that would be the end of it, he was summoned again at 9 p.m. the same day.

Ohno, leading with “I’m afraid this is quite serious,” questioned Ozaki for a further hour and 45 minutes.

Contrary to his expectations, Ozaki was called for a third, 30-minute meeting at 1:30 p.m. on Oct. 4. Ohno explained that he too had been repeatedly summoned by Cancer Institute Hospital management and that the issue was becoming increasingly problematic.

In total, Ohno questioned Ozaki for three hours and 15 minutes.

During their meetings, Ohno maintained that he had been completely unaware of Chugai Pharmaceutical’s donation of 200 million yen to trial funder ACRO.

From the recordings of his conversations with Ozaki, Ohno’s claims can be summarized as follows:

“Chugai Pharmaceutical is merely one among many pharmaceutical companies that donate to the nonprofit ACRO. It is most likely unknown whether donations from Chugai were used to carry out this clinical trial.”

During their third meeting, Ohno asked Ozaki whether “he had any evidence that Chugai’s donations had gone to the trial.”

“[Your article is] nothing more than defamation,” he said.

Only later would Ozaki find his proof. 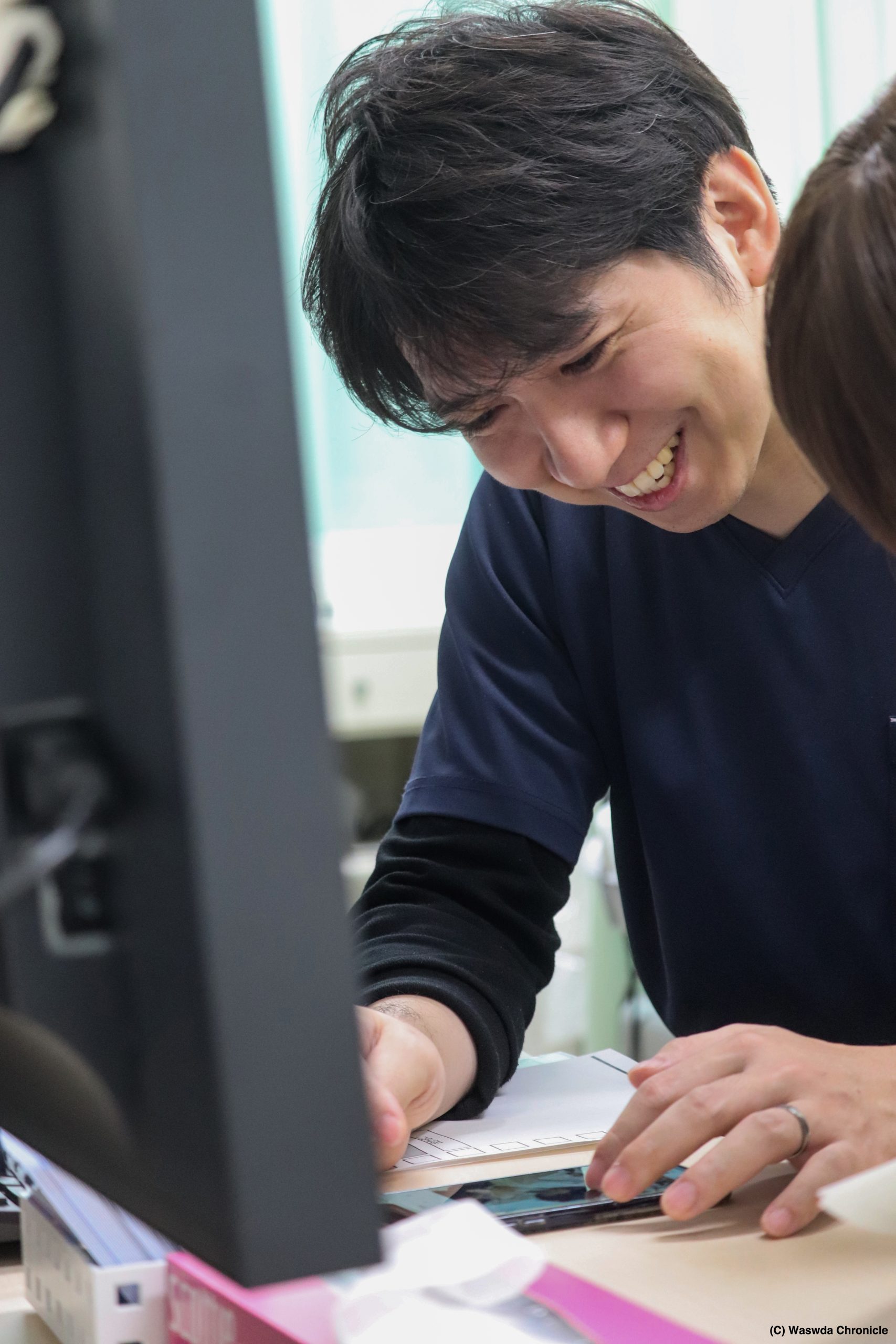 Akihiko Ozaki pulls up a photo of his child at the behest of a patient; Dec. 6, 2019 in Iwaki City, Fukushima Prefecture (C)Tansa