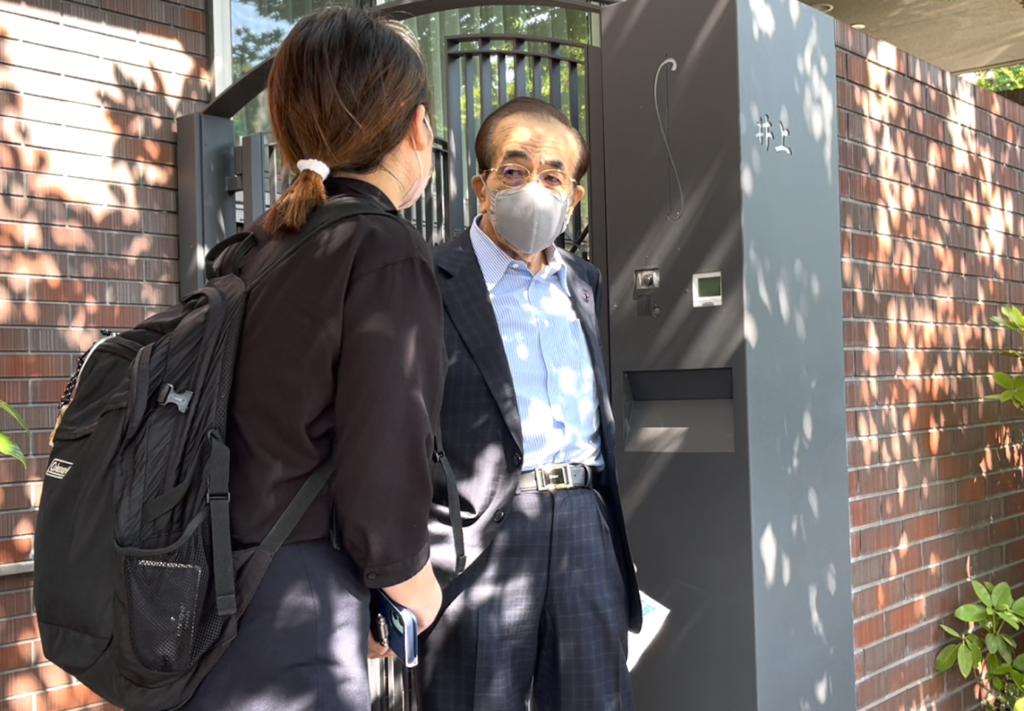 Confidential documents from Daikin Industries, dated 2000 to 2003, were filled with data corroborating the high levels of PFOA pollution around the company’s Yodogawa Plant in Settsu City, Osaka Prefecture. Actual Daikin departments and personnel were named in the documents.

They also showed the amount of PFOA being emitted outside the Yodogawa Plant grounds, figures which Daikin has stubbornly refused to disclose.

“The emissions levels are super high. It’s consistent with the high pollution [we recorded in the community],” said Kyoto University Professor Emeritus Akio Koizumi, a leading PFOA researcher in Japan.

The confidential documents also stated that Daikin was discharging PFOA wastewater directly into a local waterway. The most recent survey by the Osaka Prefectural Government found that PFOA levels in this waterway are still significantly higher than average today.

The dangers of PFOA were first made public in the United States around 2000. Since that time, Daikin has been led by Noriyuki Inoue (87), who became president of the company in 1994 and currently serves as chairman. Now that it’s clear that Daikin is the cause of the PFOA pollution, what does Inoue think of his own responsibility therein?

When I requested an interview with Inoue through the Daikin public relations office in December 2021, I was turned down. This time, I decided to visit him at his home.

I arrived at Inoue’s home, located in an upscale neighborhood in Hyogo Prefecture, at 8:50 in the morning of June 2, 2022.

Inoue joined Daikin in 1957 after graduating from Doshisha University and was assigned to the Yodogawa Plant, which was already in the business of polluting the surrounding community. Toxic gas leaks occurred on numerous occasions, withering crops in the area. Residents were even forced to evacuate.

In 1973, Daikin established a community affairs section at the Yodogawa Plant in response to the repeated pollution incidents. Inoue, now a seasoned employee of over 15 years, was put in charge, and he went on to become deputy director of the Yodogawa Plant. Inoue devised a Bon Dance Festival for local residents and company stakeholders, as well as implemented affordable bus tours with an open bar.

Inoue rose through the ranks, joining Daikin’s board of directors in 1979 and becoming a senior managing director in 1989. Although his representative authority was transferred in 2014, he still serves as chairman and global group representative executive officer; he still goes to work at the head office. His remuneration for fiscal year 2020 was 412 million yen (about $3 million), roughly 130 million yen (about $961,000) more than that of Daikin President Masanori Togawa (73), who has representative authority, making Inoue Daikin’s highest paid executive.

When I rang the intercom of Inoue’s house, a female voice answered: “Yes?”

“Good morning. My name is Nakagawa, and I’m a reporter with Tansa, a news agency in Tokyo. I’d like to interview Chairman Inoue.”

A moment later, a housekeeper wearing an apron came to the door.

“Mr. Inoue is about to go to work and doesn’t have much time, but he said it would be fine if you came down to the head office,” she said.

I told her I just wanted to introduce myself, giving her my business card and Tansa’s brochure.

A few minutes later, Inoue appeared. Dressed in a dark suit, he walked slowly the few meters from the front door to the waiting car. When I said, “Good morning,” he looked at my business card and said, “Never heard of Tansa. What are you here to interview me about?”

Tansa has been corresponding with the Daikin public relations office for seven months as part of this investigation. We have published over 20 articles in this series, reporting on Daikin’s response to the PFOA pollution, the fact that residents have collected 1,565 signatures demanding that Daikin disclose relevant information, and that Settsu City Council unanimously passed a statement calling on the national government to address the situation. However, it wasn’t ringing a bell for Inoue.

“I would like to ask you about the PFOA pollution around the Yodogawa Plant,” I said.

“Would it be alright if you interviewed the director in charge and other relevant employees instead?” Inoue replied.

That was less than ideal. I wanted to hear from Inoue, the top executive who knew about the dangers of PFOA 20 years ago but didn’t immediately stop Daikin’s production of the chemical.

In an interview in the March 2002 edition of the magazine “examiner,” Inoue expressed great enthusiasm for Daikin’s fluorochemical business, saying, “In the fluorochemical business, Daikin will bust if we aren’t number one or number two in the world.” 3M, a Daikin business partner in the U.S., discontinued its production of PFOA due to its potential harm to human health in 2002.

Furthermore, in the U.S., PFOA pollution by Daikin and other manufacturers led to a lawsuit. In 2005, high levels of PFOA were detected in the Tennessee River, which is used for drinking water, and it was found have caused elevated PFOA levels in residents as well. Daikin America and other PFOA manufacturers had plants upstream. Residents and the local water department sued, and in 2018 Daikin payed $4 million to settle.

“As head of the company, I would like to interview you, Mr. Inoue,” I said.

“In that case, please call the secretarial office around 12 p.m. and let Minami, the head secretary, know your schedule,” Inoue said, handing me his business card.

Before getting into the waiting car, Inoue asked, “Is your company based in Tokyo?” He definitely seemed to have never heard of Tansa. It occurred to me that maybe no one at Daikin had mentioned Tansa’s reporting to Inoue.

“Has no one told him about the PFOA pollution issue?” I wondered.

When I called, at noon, the number Inoue had specified, head secretary Minami answered.

“I received instructions from Mr. Inoue,” he said. “That, regarding this matter, our director in charge is to respond to your questions. Please coordinate with the public relations office.”

“Also, Mr. Inoue is very, I mean, insanely busy, so please refrain from visiting him at home,” Minami added.

But, that morning, Inoue himself had agreed to be interviewed. I reiterated to Minami that the PFOA pollution around the Yodogawa Plant was an issue that Inoue should deal with properly, including responding to the press.

“No, that [who will respond to the interview request] has already been clearly instructed.”

“Does this mean Mr. Inoue is declining to be interviewed?” I checked one last time.

“You could take it that way … yes,” the secretary responded.

When I called Daikin’s public relations office, my usual counterpart, Hisano Noda, picked up. We agreed that Daikin’s officer in charge would do the interview.

“We would like to accurately convey our views to Tansa,” Noda’s email, sent to confirm the details of the interview, read. “We would appreciate it if you would refrain from filming the interview, as it may interfere with our explanation. We appreciate your understanding.”

Daikin executive officer: “We looked really hard for them but…”

Five days later, on June 7, I visited Daikin’s headquarters in Umeda, Osaka, together with Tansa Editor-in-Chief Makoto Watanabe. When we got off the elevator on the 19th floor as instructed, Noda from PR was already waiting for us.

Three Daikin employees were seated in the room Noda ushered us into.

There was one rectangular table in the room. Daikin and Tansa sat facing each other, three to two.

“Tansa has been reporting on us for a long time, and you have interviewed various people, so we thought it would be a good idea for us to explain…” said Public Relations Group head Abe, inviting me to ask questions. On the phone, Noda had said that Daikin “had something to explain,” so I cut to the chase.

I started by asking about the confidential documents dated 2000 to 2003 that I had recently obtained.

On May 26, prior to the interview, I had sent questions to the public relations office about the documents. After giving their titles and dates, I had asked several questions regarding their content. Daikin had responded with its views on each question. I thought that Daikin must have checked and scrutinized the confidential documents in question to do so.

However, in the interview Executive Officer Hiraga said: “We don’t have those internal documents on hand, so we haven’t had a chance to look at them yet…”

“Does ‘not on hand’ mean they have already been destroyed?” Watanabe asked, surprised.

“We looked really hard for them but…” Hiraga said.

“Does Daikin have a policy for disposed of documents after a certain number of years?” Watanabe followed.

Again, Watanabe asked for confirmation: “You said you don’t have the documents. You mean they was destroyed.” Hiraga and the others nodded.

Why throw away documents on PFOA from 2000 to 2003? The dangers of PFOA were already recognized in Japan and overseas by that period. Daikin itself had responded to a question from Tansa sent just before the interview with: “In 2000, the fact that PFOA accumulates in the human body began to attract attention in the United States, and we began sharing information and conducting joint research with the U.S. government (Environmental Protection Agency), as well as working with Osaka Prefecture and Settsu City, in order to eliminate PFOA by 2015.” 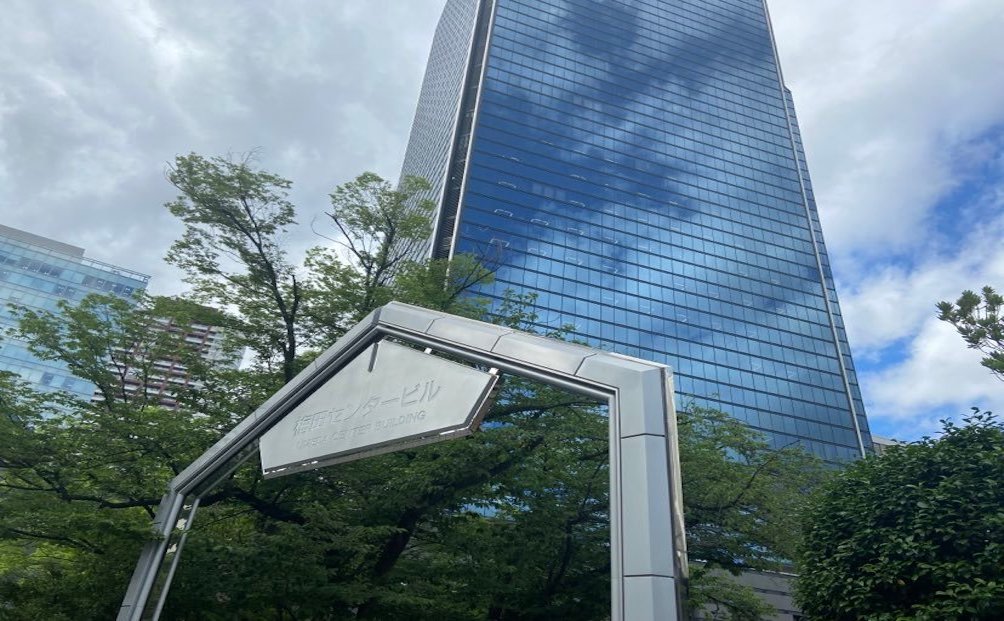 Daikin head of external relations: “Can we make a copy?”

I wasn’t going to get any concrete answers without the confidential documents — so I pulled them out. Komatsu and Abe leaned forward, while Hiraga raised his glasses to get a better look, reading the documents as if he were devouring them. Komatsu finally asked, “Can we make a copy of these?”

Later, Daikin informed me they had verified the copy of the confidential documents.

“We presume that all three documents we received were prepared by Daikin for internal review more than 18 years ago, but we have not been able to confirm the existence of such documents [at our offices] or the information they contain.

“We believe it is not appropriate to comment on these, as they are not the company’s official documents but rather documents that appear to be works in progress, and we cannot confirm the authenticity of the information they contain. We appreciate your understanding that we are unable to comment on these documents or answer any questions based on their content.”

The confidential documents show the amount of PFOA emitted by the Yodogawa Plant, corroborating the high levels of contamination recorded in Settsu City, Osaka Prefecture. However, Daikin said it had destroyed those documents.

Does Daikin know the amount of PFOA discharged offsite? What is Daikin’s view on its responsibility for the pollution?

The next article will recount the exchange between Daikin management and Tansa.

(Originally published in Japanese on June 21, 2022. Translation by Annelise Giseburt.)