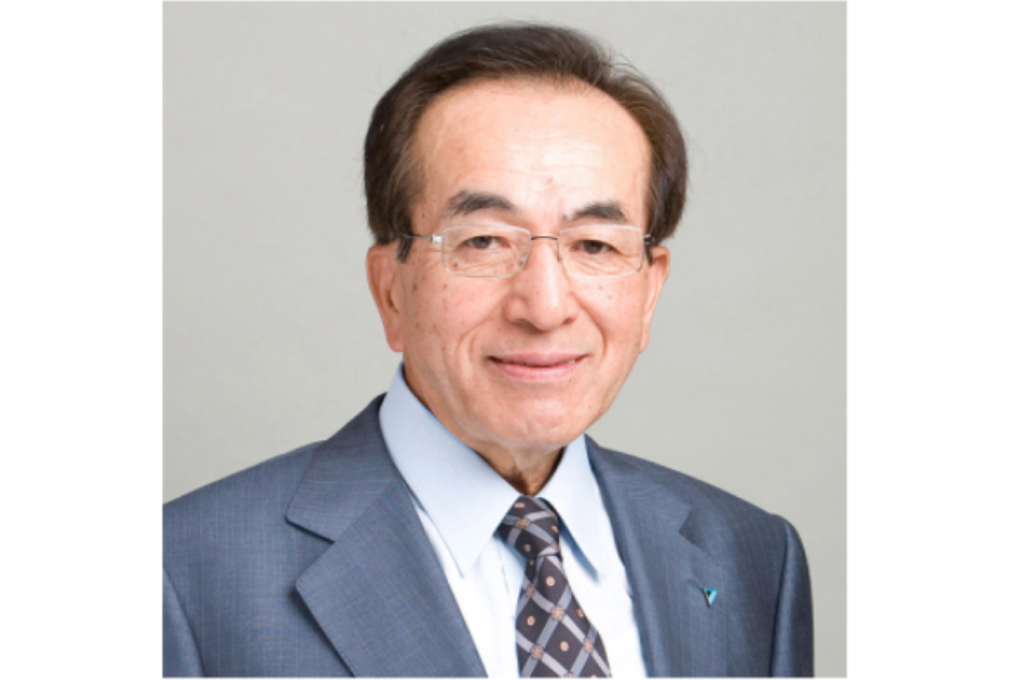 When did Daikin Industries first learn PFOA was dangerous?

If the company had quickly realized the risk and taken appropriate countermeasures, maybe high levels of PFOA wouldn’t have been found in the blood of nearby residents.

Through records from hearings with Daikin by the Osaka Prefectural Government obtained through a freedom of information request, as well as additional reporting, Tansa learned the company had been aware of PFOA’s toxic nature since at least 2002.

Chairman Inoue aimed to be global leader in fluorochemicals

In May 1999, Daikin Industries’s then President Noriyuki Inoue — who, at age 86, currently serves as chair of the board — became a representative director of the Kansai Association of Corporate Executives. Inoue had previously been deputy director of the Yodogawa Plant, and in 1973 he became head of its newly established community affairs section, which dealt with pollution near the plant. He was named president in 1994.

An interview with Inoue ran in the September 1999 issue of the magazine “examiner” following his appointment to the Kansai Association.

“The fluorochemicals division, which makes up 20% of our sales, is doing well and has the second largest market share in the world,” Inoue said in the interview, explaining that Daikin’s sales and profits had increased in all five of the previous years. “We have many large investment projects.”

Daikin’s fluorochemical division is the part of the company that manufactures PFOA. The Yodogawa Plant began developing fluorine compounds in the 1940s, and, in the late 1960s, Daikin successfully commercialized PFOA. With the dream of “catching up to and overtaking” American chemical manufacturers, who had more advanced technologies, Daikin grew to become one of the eight largest PFOA manufacturers in the world.

Another interview with Inoue ran in the March 2002 issue of “examiner,” and, again, he expressed great enthusiasm for the fluorochemical division.

“In our current, highly competitive era where companies either make it or bust, especially in the air-conditioning and fluorochemical businesses, Daikin will fall among the latter if we aren’t number one or number two in the world. I think it’s important to set stretch goals — to use the term coined by former General Electric CEO Jack Welch — in other words, goals so high they might seem impossible to achieve.”

Daikin was riding high, but, across the Pacific, a situation was developing that would ultimately end the company’s run as a major PFOA manufacturer.

In June 2000, the U.S. Environmental Protection Agency (EPA), citing health concerns, announced the need for an investigation into PFOA’s effects on the human body. Two years later, 3M, another major American PFOA manufacturer, discontinued production of the chemical due to its danger to human health.

3M had manufactured PFOA since the 1950s. However, both 3M and DuPont, which also manufactured the chemical, began suspecting PFOA to be toxic following joint animal experiments in the 1960s. A 1978 study of the effect of the chemical on monkeys found that monkeys administered the experiment’s highest level of PFOA died within a month. The corporations made only some of their findings public.

However, in 1993, researchers at the University of Minnesota found that PFOA exposure can cause prostate cancer after examining employees at a 3M plant.

3M found itself under even greater pressure when attorney Robert Bilott began investigating the links between PFOA pollution and health problems among those exposed. Bilott’s years-long legal battle to bring the dangers of PFOA to light and seek remediation for its victims was portrayed in the film “Dark Waters” (which, as of writing, is currently playing in theaters in Japan).

3M also had a close relationship with Daikin.

In a hearing conducted by the Osaka prefectural government on June 22, 2007, Daikin stated that its Yodogawa Plant had sourced PFOA from 3M.

3M stopped manufacturing PFOA in 2002. That means Daikin must have been aware the chemical was dangerous for at least 20 years. As one of 3M’s business partners, it’s probable Daikin knew about PFOA’s toxicity even earlier.

What had then president Inoue thought about the dangers of the chemical during the time of his interviews with “examiner,” in which he touted Daikin’s fluorochemical division?

Tansa requested an interview with Inoue through Daikin’s PR department, but he refused. 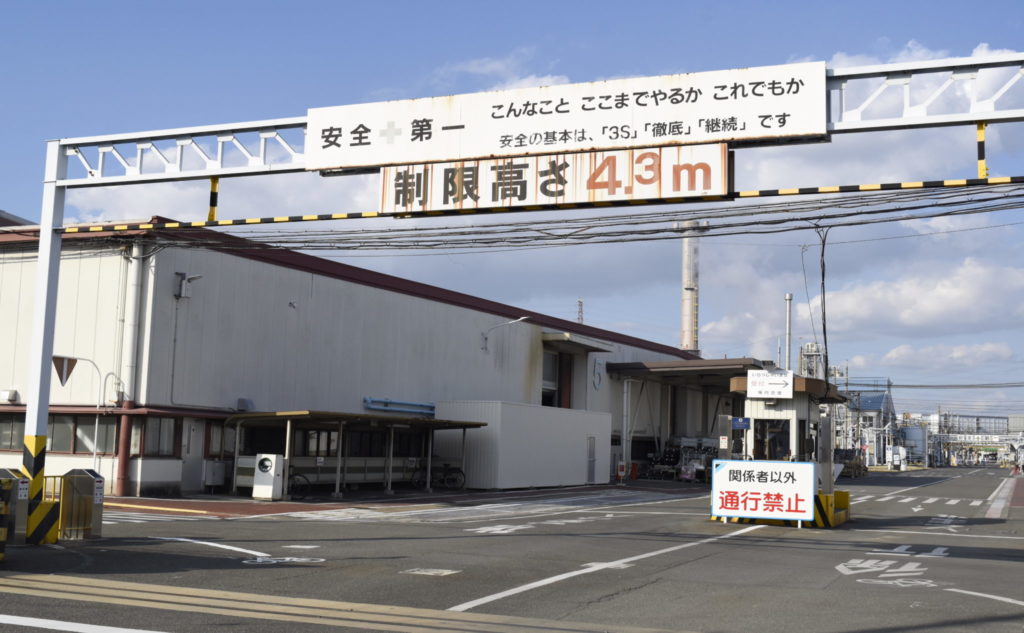 A signboard at the Daikin Industries Yodogawa Plant bears the motto 'This is how far we’ll go — because safety’s no. 1.'

In the U.S., workers at DuPont and 3M’s PFOA manufacturing plants were found to have health problems caused by exposure to the chemical. In some cases, female employees gave birth to children with congenital disorders.

Tansa was curious whether Daikin was monitoring its own employees’ exposure to PFOA. When we put the question to the company’s PR department, we received the following response: “We are aware of the health status of employees who worked with PFOA in the past through their annual health checks, but we have not found any health effects attributable to PFOA.”

Even if Daikin monitors its employees’ health condition through the annual checkups, it would be difficult to link a given health effect to PFOA without understanding the level of said employee’s exposure. However, Daikin’s response didn’t mention whether the company conducts blood tests of its employees to find out. We asked the PR department to clarify.

“As per yesterday’s response, we are aware of the health status of employees who worked with PFOA in the past through their annual health checks, but we have not found any health effects attributable to PFOA. We are unable to answer any further questions. Thank you for your understanding.”

We could only guess why Daikin was unwilling to discuss whether it was screening its employees for PFOA exposure.

The company stopped manufacturing PFOA in 2015, 13 years after 3M had done the same. Next time, we’ll examine what, in spite of the dangers, had taken it so long.

(Originally published in Japanese on Jan. 14, 2022. Translation by Annelise Giseburt.)