Over 700 citizens have been killed by the Myanmar miliary since its coup began on Feb. 1, 2021.

The development project is currently constructing a hotel, offices, and commercial facilities on the site of a former military museum in Yangon, Myanmar’s largest city. The land is owned by the Myanmar military.

Although the Myanmar military’s coup has been met with criticism abroad and resistance at home, the Japanese government’s response has been sluggish. It has yet to pull out of the Yangon project.

Japan’s political and business elite know that there is money to be made in Myanmar. Worried that China will snap up all the business opportunities in Southeast Asia, Japan is loath to give up its foothold even as Myanmar descends into violence.

The Japan Myanmar Association, which promotes business between the two countries, is a representative example: Japanese Minister of Finance Taro Aso and other politicians are listed among its directors. 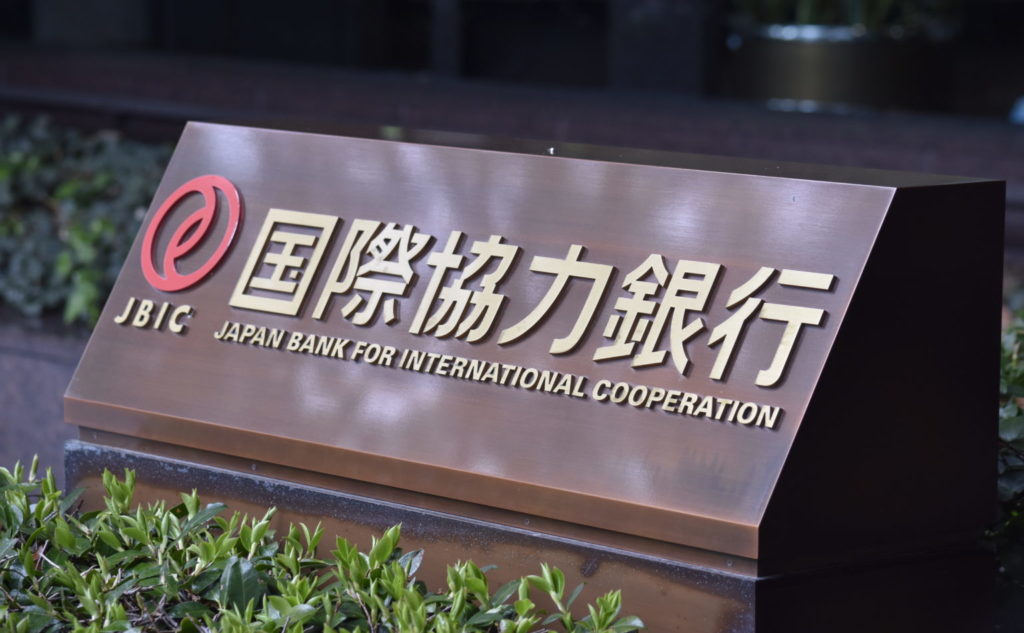 The development project is located on the site of the former Defense Services Museum in Yangon. The 16,000-square-meter plot — over three times the size of the Tokyo Dome stadium — is still owned by the Myanmar military. The museum displayed various artifacts conveying the military’s history, such as fighter jets, tanks, and the Japanese katana favored by Bogyoke Aung San, founder of the Myanmar armed forces and considered the father of the nation.

After the museum relocated, construction of a hotel, offices, and commercial facilities began in 2018, to be completed in 2021.

The project, called Y Complex, is managed by a local company of the same name, whose shares are split 80-20 between Japan and Myanmar.

On the Japan side are public-private fund JOIN, construction company Fujita, and real estate company Tokyo Tatemono, with a total of 15 billion yen (about $138 million) in loans from JBIC, Mizuho Bank, and Sumitomo Mitsui Banking Corporation.

On the Myanmar side is Yangon Technical & Trading Co., Ltd. (YTT).

In a Dec. 18, 2018 press release, JBIC framed the project as a joint initiative between Japan’s public and private sectors.

“This project not only supports the overseas business expansion of Tokyo Tatemono and Fujita, but also will benefit Japanese companies advancing their business in Myanmar. It contributes to maintaining and enhancing [their] international competitiveness.” 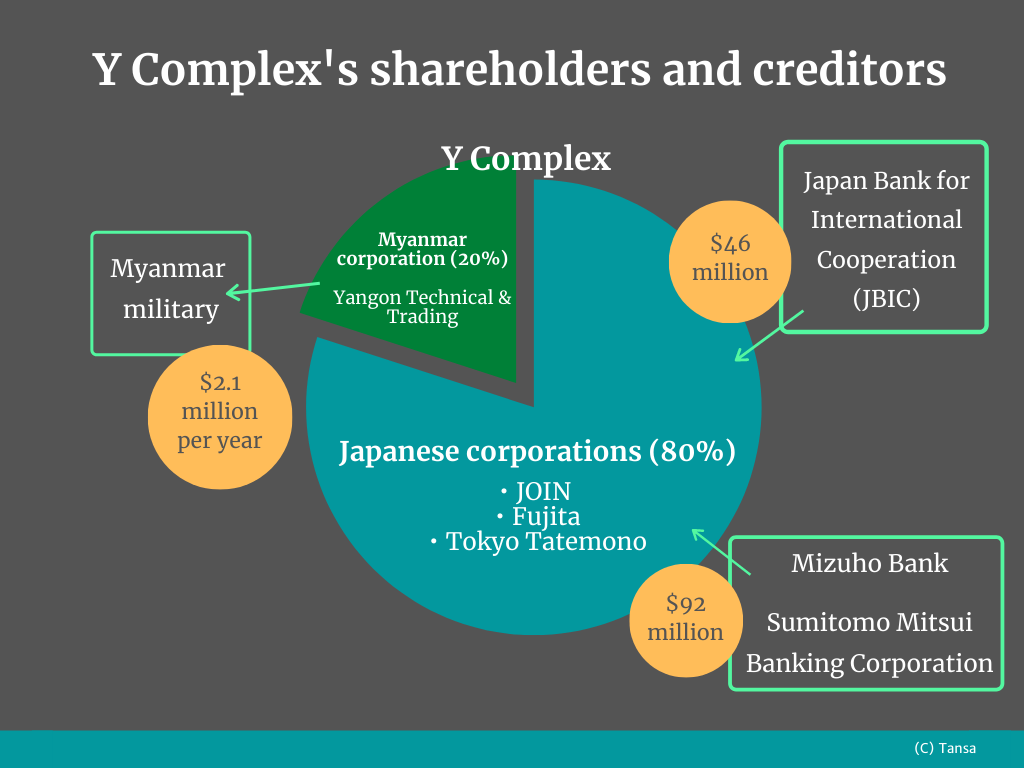 But the Myanmar military, which owns the land being developed, profits from the project too, in the form of steady rent payments.

The lease agreement for the site was made public as an attachment to a report on the project’s environmental impact assessment. Dated Oct. 15, 2013, it was between the following parties. 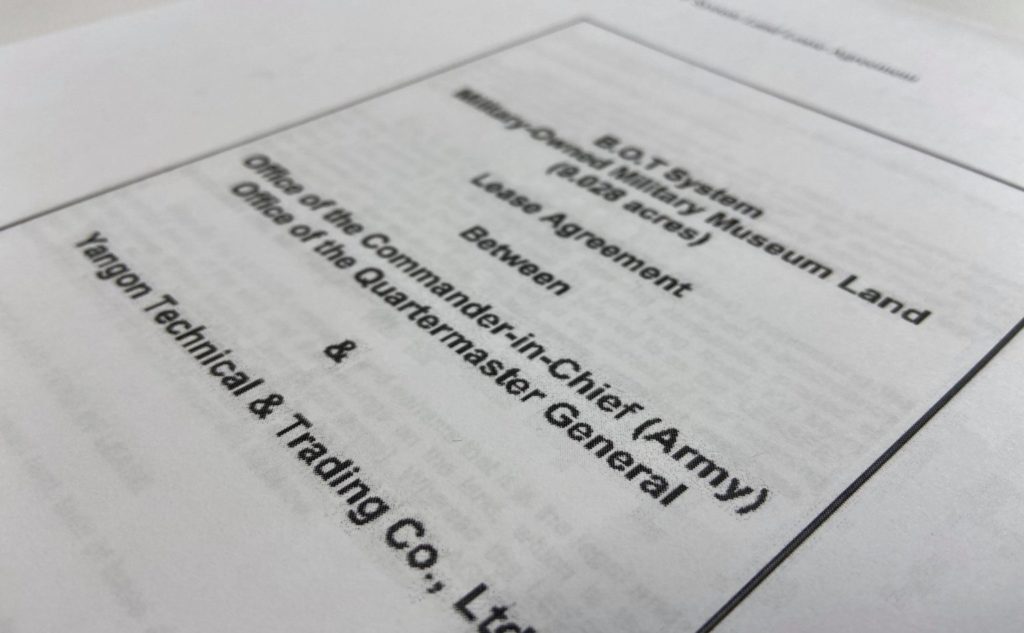 Lease agreement between the Myanmar military and Yangon Technical & Trading

YTT is one of the owners of Y Complex, the local company created together with Japanese corporations to implement the development project.

YTT pays an annual rent of roughly 230 million yen (about $2.1 million) to the Myanmar military. Although the rent amount was omitted from the public lease agreement, local media Myanmar Now was able to confirm the amount with YTT director Ne Ne Hlwan Moe.

Nonprofits such as Justice for Myanmar have highlighted the problematic nature of this business relationship. On March 4, 2021, 32 organization including Japanese nonprofit Mekong Watch sent a petition to Minister of Finance Taro Aso, JBIC Governor Tadashi Maeda, JOIN President Tatsuhiko Takesada, and others regarding the project.

It included the following demands: “Urgently investigate whether companies with alleged links to the Myanmar military are involved in [JBIC and JOIN] projects,” and “immediately stop or withdraw support from projects benefiting the Myanmar military.”

However, the Japanese government and JBIC have yet to respond to the NGOs’ demands.

JBIC answered as follows to questions from Tansa regarding its involvement in Myanmar.

“While confirming Japanese businesses’ plans of action going forward, JBIC will take appropriate measures based on their intentions and through monitoring how the situation progresses, in coordination with the Japanese government as necessary.”

At a March 24, 2021 press conference, Chief Cabinet Secretary Katsunobu Kato responded as follows to a question from a Reuters journalist regarding the rent payments received by the Myanmar military from the Y Complex project.

“A Myanmar corporation rented [the land] from the Myanmar Ministry of Defense and is providing it to the local company. JBIC has no direct dealings with the Myanmar military.”

However, the “Myanmar corporation” Kato referred to is YTT, which established “local company” Y Complex together with Japanese corporations. JBIC helps finance the project. Focusing on whether or not JBIC deals directly with the Myanmar military evades the heart of the question.

Myanmar citizens living in Japan have expressed their frustration with the Japanese government’s reluctance to sever ties with the Myanmar military.

On April 14, 2021, roughly 80 people gathered in front of the Japan Myanmar Association’s office in Hirakawacho, Tokyo. For two hours, they chanted messages such as “End support for the military!” and “Don’t leave the young people of Myanmar to die!”

“They can make a big impact on Myanmar. They have a close relationship with the military. I want members of the association to ally themselves with Myanmar’s citizens, not with the military that is slaughtering them.”

Thitsar attended university in Japan and currently works for a Japanese life insurance company. She didn’t have much interest in politics — but since the coup three of her school friends have been taken by the military. Being directly affected prompted her to take action.

As Thitsar said, the Japan Myanmar Association’s website lists high-ranking politicians and major business leaders among its directors. Many of Japan’s largest corporations are member organizations. (The association’s director and member organization lists, linked above, have been removed from its website since this article was published on May 6, 2021.)

Finance Minister Aso, whose duties include the supervision of JBIC, is listed as “supreme advisor” to the association. Chief Cabinet Secretary Kato is on the board of directors.

But despite their potential influence with the Myanmar military, the Japan Myanmar Association has done little to try to stop the slaughter of civilians. 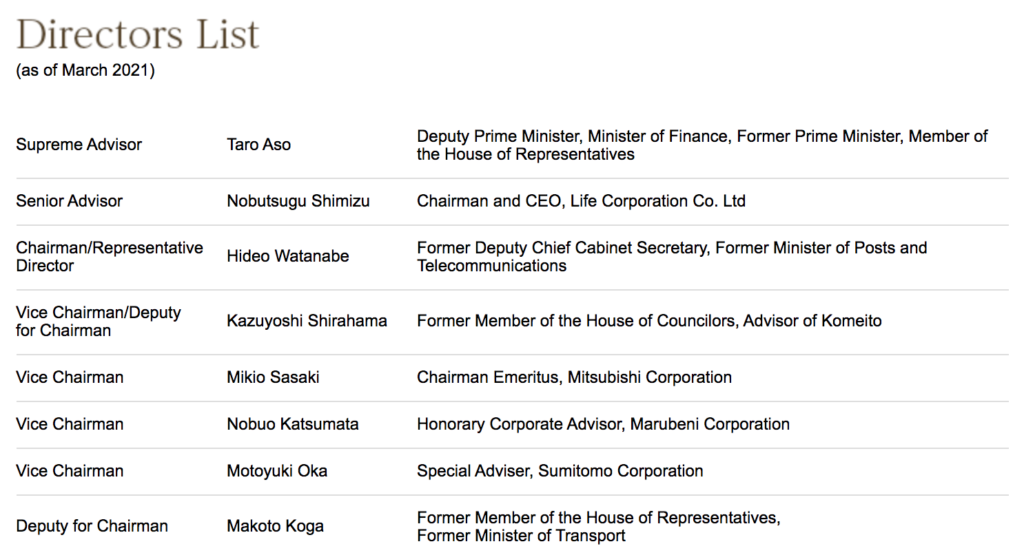 A portion of the directors listed on the Japan Myanmar Association website. Screenshot taken on May 6, 2021.

(Originally published in Japanese on April 27, 2021. Translation by Annelise Giseburt.)

This article was updated on May 24, 2021 to reflect that links to the Japan Myanmar Association’s director and member organization lists have been removed from its website since this article was originally published.

Next article
Myanmar Left for Dead: All articles