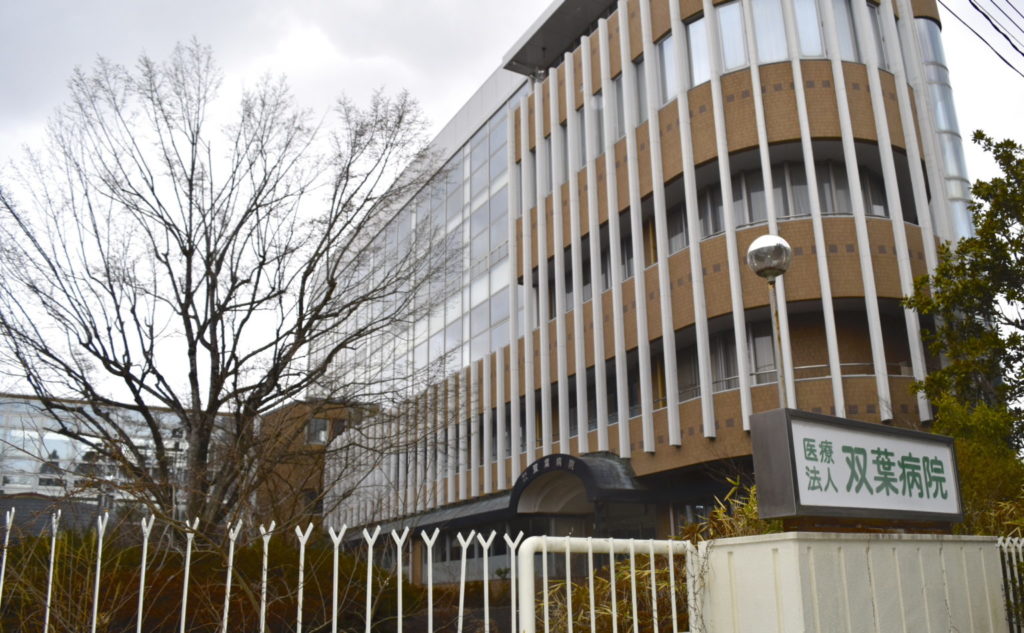 When the Fukushima nuclear disaster began on March 11, 2011, there was a total of 436 patients and residents in Futaba Hospital and nearby retirement home Deauville Futaba. By the afternoon of March 15, groups of patients and residents had been transported from the hospital on four separate occasions — but the evacuation still wasn’t complete.

First, 209 were evacuated on March 12 on buses provided by the government, leaving 227 at the two facilities.

Next, a unit from the Self-Defense Forces 12th brigade evacuated 132 on March 14. Ninety-two patients and three corpses were left at the hospital.

At 11 a.m. on March 15, a unit from the SDF’s Tohoku headquarters evacuated 48 patients, leaving behind 44.

A little past noon on March 15, a medical unit from the SDF’s 12th brigade evacuated another seven. However, they didn’t realize that a further 35 patients were housed in the hospital’s second ward. (By this point, one patient had gone missing, and another had passed away at the hospital.)

The Tohoku unit, which had arrived at Futaba Hospital on March 15 before their 12th brigade counterparts, was aware that the second ward housed additional patients. But they failed to communicate what they knew to the incoming unit.

On the evening of March 15, the 12th brigade prepared to conduct the fifth rescue operation of Futaba Hospital.

The commanding officer of the 12th brigade medical unit realized en route back to Camp Koriyama that they had missed dozens of patients. His unit had caught up with their Tohoku counterparts at radiation screening locations, where one of his subordinates heard from the Tohoku unit medical officer that Futaba Hospital’s second ward still contained 35 patients.

Upon hearing the news, the medical unit commanding officer at first considered returning immediately to the hospital.

But his unit only had four ambulances, with room for just 16, and they were running low on fuel. He decided to first briefly return to Camp Koriyama.

Upon making it back to headquarters, the commanding officer reported to 12th brigade commander Hidetoshi Horiguchi that 35 patients were still left at Futaba Hospital. Horiguchi ordered him to put together a larger unit and rescue the remaining patients.

Determined to make this evacuation the last, the unit new consisted of 40 SDF officers, seven ambulances, one large bus, and two minibuses.

The second lieutenant who had led the March 14 evacuation was also part of the new rescue party.

After evacuating 132 patients and residents from Futaba Hospital and Deauville Futaba, the lieutenant had taken the Deauville Futaba office head’s car to Camp Koriyama to request further assistance for the hospital. He had then been ordered to follow the rest of his unit to Iwaki Koyo High School, where they had taken the patients evacuated earlier that day, in order to resupply the unit with gasoline and fresh drivers. He arrived at 10 a.m. on March 15.

The lieutenant inspected the buses that had conveyed the patients to the school, finding them so smeared with excrement that he imagined they couldn’t be used again.

The patients were in bad shape too. Laying on blankets spread on the gym floor, they displayed few signs of life. The bodies of those who had passed away on the buses had been laid in a partitioned-off area toward the back of the gym. 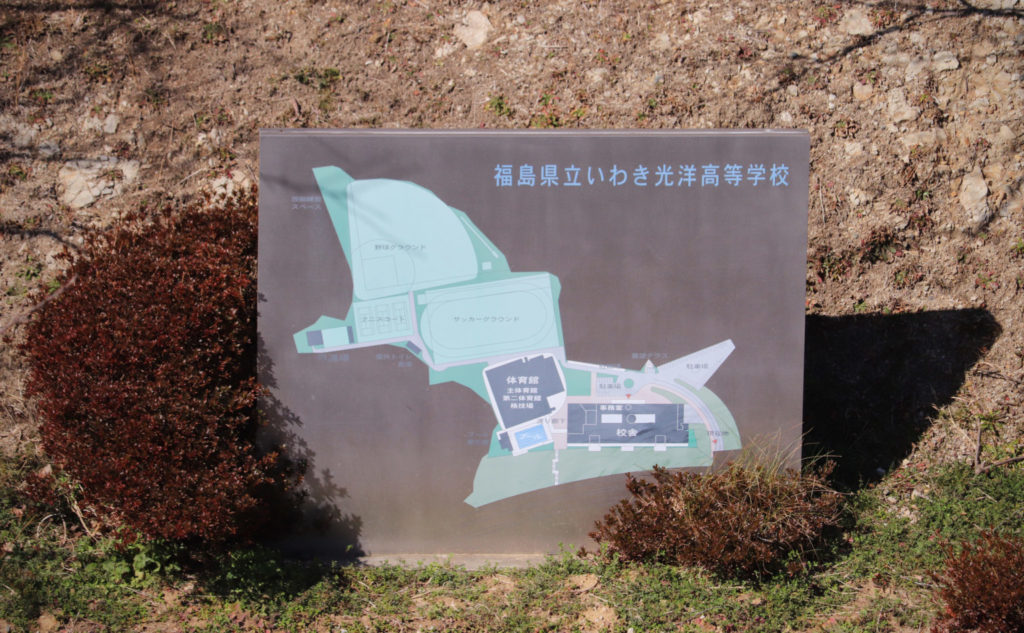 His task complete, the lieutenant returned the car he had borrowed from the Deauville Futaba office head to Kawauchi village, then went back to Camp Koriyama.

There, he received new orders: “About 30 patients are left at Futaba Hospital, in its second ward. Join the unit preparing to go evacuate them.”

The lieutenant was frustrated and dismayed to learn that there were still patients needing rescue. When he had returned to Camp Koriyama on March 14, he had communicated to Commander Horiguchi and other members of the brigade leadership that there were patients remaining in Futaba Hospital’s second ward.

If the brigade leadership had passed on the content of his report to the medical unit that took over the rescue operation, maybe patients wouldn’t have been left behind yet again.

“When I returned to Camp Koriyama, I reported to the brigade commander and other officers that patients were also housed in a separate hospital building,” the lieutenant said during a hearing at the Saitama Public Prosecutors Office on Dec. 10, 2012. “I was so disheartened to learn that they hadn’t been rescued.”

The fifth rescue party departed Camp Koriyama at 9:15 p.m. on March 15, arriving at Futaba Hospital a little after midnight on March 16. Twelve hours had passed since the previous group of patients had been evacuated.

It was snowing on the Fukushima coast, and Futaba Hospital lay under a pall of white.

Even after arriving at Futaba Hospital, the 12th brigade medical unit had trouble finding the second ward.

They knew it was toward the back of the hospital, but now the passageway leading there was obscured in the snow and dark.

Finally, after passing in front of the hospital in their vehicles a number of times and scouring its facilities, the unit managed to locate the passageway to second ward — and with it, the remaining 35 patients. All were bedridden. The power outage caused by the earthquake had left the hospital without heat, and the patients had nothing but blankets to keep them warm.

Following the departure of hospital director Ichiro Suzuki on the night of March 14, they had neither been fed nor helped to relieve themselves. Their IVs had finished by the morning of March 15.

The SDF officers tried speaking to the patients but received no response. The only words they heard were “it hurts” from one as they were carried to the ambulances.

The unit’s 40 officers combed every inch of the ward to make sure no one was left behind this time.

They found the bodies of the four patients who had passed away, but, as their command center had given orders that only police were allowed to handle corpses, they were forced to leave them where they lay.

Having loaded the 35 patients onto their vehicles, the medical unit departed in the early dawn of March 16. The evacuation of Futaba Hospital was finally complete.

But that didn’t mean the hospital patients and Deauville Futaba residents were out of the woods. The hospitals and public facilities being used as evacuation centers were already full with residents from the area surrounding Fukushima No. 1, leaving scant room for the latecomers.

The first group of 209 patients, evacuated via government buses on March 12, had difficulty finding an evacuation site that could take them in. They spent the night in a middle school gym in Tamura city, but it wasn’t a permanent solution.

The next day, together with about 30 nurses who had evacuated with them, the group was taken to Iwaki Kaisei Hospital. However, the hospital beds were all already full, and there wasn’t enough medical equipment for the newcomers either. Patients were laid, packed together, on the floor. Unable to care for everyone, the doctors were hard-pressed to find additional hospitals that their charges could be transferred to. 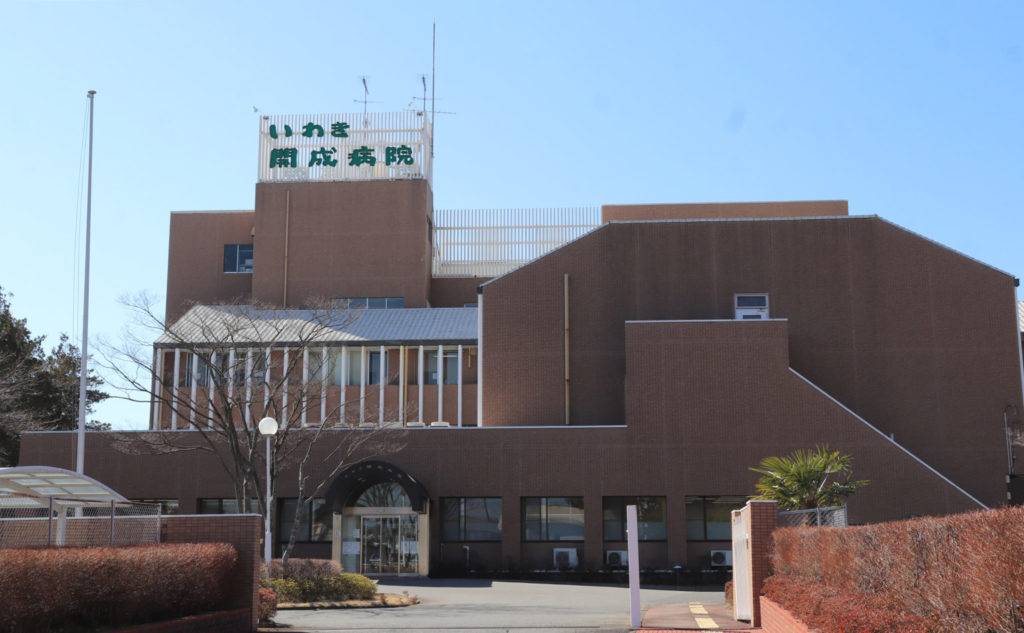 The second group — comprised of 34 Futaba Hospital patients and all 98 Deauville Futaba residents — was evacuated on the morning of March 14 by the original SDF 12th brigade unit. Hospital director Suzuki had prioritized patients whose serious condition meant that they were in urgent need of medical care.

However, the unit hadn’t come with any ambulances, only sightseeing-style buses. The bedridden patients, disconnect from their IVs, were made to lay across multiple bus seats.

But despite being in serious condition, this group had the hardest journey, in transit for almost 10 hours and over 230 kilometers to Iwaki Koyo High School. Six had passed away by the time the patients were brought in from the buses; some had died where they lay, others flipped upside down after slipping from their seats.

Dehydrated and freezing but still clinging to life, the rest of the patients were laid down in the school gym. But, of course, there was no medical equipment at the school. Another eight had died in the gym by the time all the patients had been transported to hospitals a few days later.

The third and fourth groups of patients, evacuated on March 15 at 11 a.m. and 12:15 p.m., respectively, also struggled to find admittance to medical facilities.

They were first taken to a radiation screening location in Tamura city, but the facility was overcrowded. A staff member said that they hadn’t heard the groups were coming and therefore couldn’t process them. They set out for a different radiation screening location in Nihonmatsu city, and, once finished, to an evacuation site set up at a community center in Date city. The total journey took over 100 kilometers. Two patients had passed away by the time the groups arrived at the Date community center.

“We called so many hospitals in Fukushima Prefecture, asking them to take in the patients who had been evacuated,” he recalled. “But most responded that they were full and couldn’t accept anyone else.

“Because we couldn’t get hospitals to take the patients, we decided to try finding them at least temporary shelter at the evacuation centers. We called various facilities across the prefecture, but it was so difficult to find places that would take them in.”

(Compiled from articles originally published on March 22 and 23, 2021. Translation by Annelise Giseburt.)