While on trial for separate corruption charges, a former Cirebon regent admitted to receiving roughly 6.4 billion rupiahs (about $407,000 in 2020) from senior management at South Korea’s Hyundai Engineering and Construction, the company contracted to build the power plant’s second unit. At a press conference held in Jakarta on Nov. 15, 2019, the Indonesian Corruption Eradication Commission (KPK) named a Hyundai E&C official as a suspect in the bribery case. According to KPK, the bribe was in exchange for the issuance of a license related to the project.

Nevertheless, construction of Cirebon unit 2 continues. The project’s largest sponsor is Japanese trading giant Marubeni Corporation, with other financers including a South Korean public bank and the Japan Bank for International Cooperation (JBIC), an export credit agency wholly owned by the Japanese government.

About the Cirebon power plant

Cirebon 1 cost 96 billion yen (about $848 million at the time of this article’s original publication). Cirebon 2 will cost an estimated 226 billion yen (about $1.9 billion), and the third unit is likely to be as expensive. Unit 2 is financed by Marubeni, Indika Energy (Indonesia), Samtan (South Korea), Korea Midland Power (KOMIPO), and JERA (Japan). In 2007, Japanese then Prime Minister Shinzo Abe attended the Cirebon plant’s signing ceremony together with Indonesian then President Susilo Bambang Yudhoyono. Local residents have voiced their opposition to the plant, claiming their livelihoods have been adversely affected since unit 1 began operations in 2012. 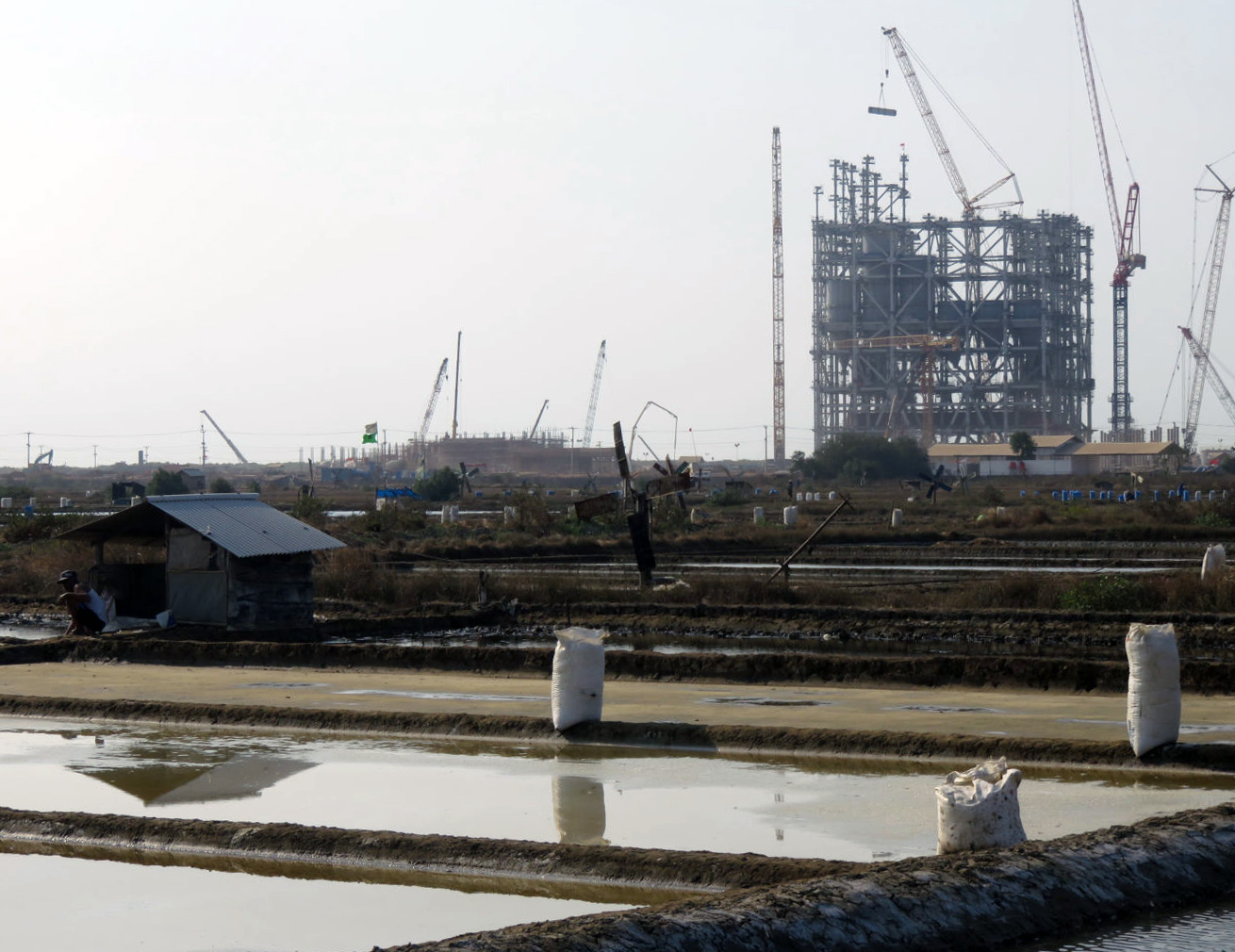 Bribes passed through an intermediary

KPK identified Hyundai E&C former General Manager Herry Jung as a suspect in the bribery case. Jung is alleged to have paid 6.4 billion rupiahs to former Cirebon Regent Sunjaya Purwadisastra, who claims to have asked for even more — 10 billion rupiahs in exchange for smoothing the way for unit 2’s construction.

A Jakarta-based company with connections to the former regent created a false project contract with Hyundai E&C in order to facilitate the transaction. The 6.4 billion rupiahs were transferred into a company account in June 2017 and in January, February, March, and October 2018. From there, the money was redirected to an account created in someone else’s name, allegedly per Purwadisastra’s instruction.

KPK is investigating whether Purwadisastra used the money to purchase land and cars under a false name. He has already been sentenced to five years in prison on separate corruption charges.

KPK, a government agency, was established in 2002 to investigate corruption, which had grown in Indonesia during the 1967–1998 rule of President Suharto. Like police and prosecutors, KPK has the power to arrest and bring charges against individuals. In 2018, the agency brought cases against 261 individuals suspected of corruption.

However, in September 2019 a revised law granted the president power over KPK, a change opposed by citizens.

A history of coal-related corruption

In 2004, Marubeni was part of a consortium contracted to expand a coal-fired power plant in Tarahan, on the Indonesian island of Sumatra. Together with a U.S.-based company, Marubeni was found to have bribed members of the Indonesian parliament and a state-owned electrical company. Due to the involvement of an American company, the case was investigated by the U.S. Department of Justice. On March 19, 2014, Marubeni plead guilty and agreed to pay a fine of $88 million.

On Nov. 18, 2019, Tansa contacted the Japan Bank for International Cooperation (JBIC) by phone to request a comment on its Cirebon project partner Hyundai E&C being identified as a bribery suspect.

A spokesperson responded that Japan’s Ministry of Finance, which oversees JBIC, “has instructed us to continuously ascertain the truth of the situation since the suspected bribery was first discovered in May.”

However, they went no further, saying that JBIC was “unable to comment on specific cases.”

Marubeni, which we contacted the same day, responded that it was “in the process of ascertaining the details from its counterparts in Indonesia.”

(Originally published in Japanese on Nov. 18, 2019. Translation by Annelise Giseburt.)