Chugai Pharmaceutical funded a clinical trial of its own anticancer drug Xeloda. But why had the group of doctors that conducted the trial concealed that fact?

Shinji Ohno, one of the group’s leading specialists and chief of the Cancer Institute Hospital of JFCR’s Breast Oncology Center, refused our request for an interview. Instead, he told us to speak with Masakazu Toi, professor and director of Kyoto University Hospital’s Breast Cancer Unit.

The Xeloda trial results were published in the world-renowned New England Journal of Medicine. Toi was listed as the article’s last and corresponding author, which meant he was the one with overall responsibility for it (*1).

In search of answers, we went to see Toi at Kyoto University Hospital on Jan. 27, 2020. 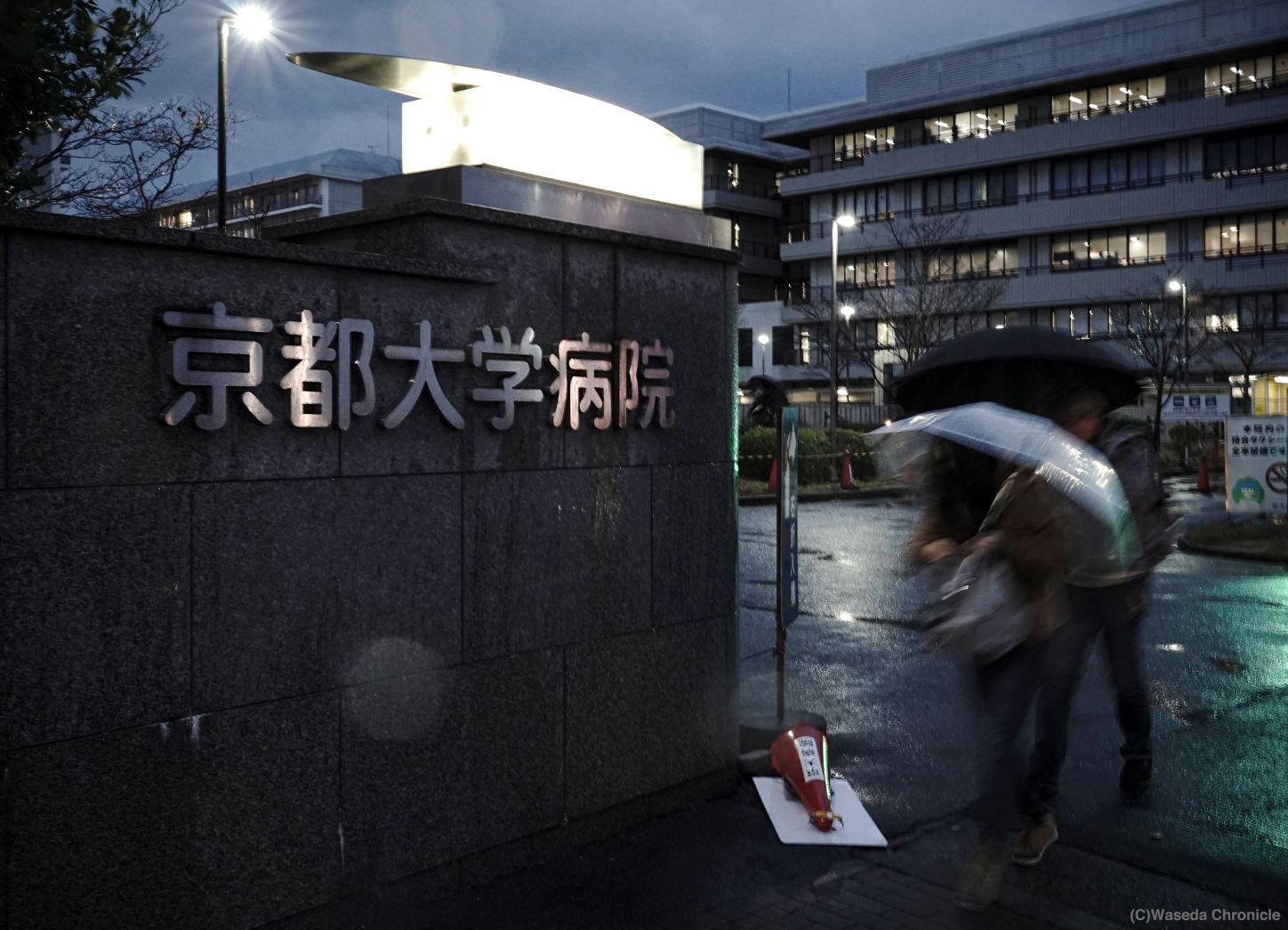 The elite doctor who wanted to “close the gap”

As we explained in this series’ previous article, Toi, citing his busy schedule, had turned down our request for an interview on Dec. 2, 2019. We repeated our request in the new year but never received a response, so we decided to try asking in person at Kyoto University Hospital.

To avoid disturbing patients, we waited until Toi finished his work for the day.

What kind of figure was Toi? The website Medical Note had published the following information about him in October 2017 (*2).

As a child, Toi’s health had been poor. Realizing he owed his life to medicine, he had written “I will become a doctor” in his elementary school graduation essay.

After graduating from the Hiroshima University School of Medicine in 1982, Toi chose to pursue surgical oncology. His interest grew from statements made at the time that in another 10 years humans would be able to cure cancer.

In 1987, Toi began working at the Kyushu National Cancer Center Hospital, which employed a number of prominent oncologists. It was there that Toi decided to specialize in breast cancer, and he immersed himself in books and medical journals on the subject.

In 1990 and 2000, he received academic fellowships at Oxford and Harvard universities, respectively. At Oxford, Toi was amazed by the ease with which he was able to begin research after deciding on a topic. And his experiences at Harvard made him feel that Japan was still far from achieving the kind of clinical research conducted in the U.S. Toi wanted to close that gap.

Hopefully, such an earnest doctor would give us a clear answer as to why Chugai Pharmaceutical’s financial support hadn’t been mentioned in the clinical trial’s results.

We waited three hours for Toi to finish his work.

“Take your questions to Dr. Masuda”

We approached Toi when he appeared in the waiting room. For an instant, he stopped in his tracks.

“We’re from Tansa. We came to ask about the clinical trial.”

Toi turned on his heels and walked away. We followed, posing questions on the move.

“Did you know from the beginning that Chugai Pharmaceutical was funding the clinical trial?”

“Do you think the article in the New England Journal of Medicine should be amended to disclose the fact of Chugai’s funding?”

All we got in response was “I have no intention of commenting on this matter.”

Toi sped up, but then suddenly stopped. He had noticed that we were audio recording the conversation.

“Why are you recording this?” he protested. “Could you please stop doing so without permission?”

“This is an interview. Dr. Ohno told us to speak with you.”

“Dr. Masuda” referred to Norikazu Masuda, chief of the department of surgery for breast oncology at Osaka National Hospital. He had also participated in the Xeloda trial and was listed as a co-author of the article announcing its results.

But the one tasked with handling inquiries about the article was Toi. Even so, he simply passed responsibility on to Masuda without answering our questions.

*1: The doctors from Japan and South Korea who authored the article announcing the results of the Xeloda trial, titled “Adjuvant Capecitabine for Breast Cancer after Preoperative Chemotherapy,” are given below. Masakazu Toi’s name is written last (the so-called “last author”), identifying him as the overall supervisor of the trial and the one to handle inquiries about the article.

(Originally published in Japanese on March 4, 2020. Translation by Annelise Giseburt.)