The Journalism X Award was established with the aim of fostering journalism supported by citizens. The organizers note that “the administration’s intervention in the mass media has diminished freedom of speech and expression, and the media’s watchdog function is weakening.”

The selection committee comprised of five managing directors and two advisers from the Journalism Citizen Support Fund, as well as social entrepreneurs and academics whose research focuses on journalism. One grand prize, one runner-up, and four honorable mentions were chosen from among the 68 entrants.

With the addition of the Journalism X Award, Waseda Chronicle has now received five awards since we began publication in February 2017. The others are the Foreign Correspondents Club of Japan’s Freedom of the Press Award, Anti-Poverty Network’s Poverty Journalism Grand Prize, Linked Open Data Challenge 2019’s Excellence Award, and VLED’s Open and Big Data Award. 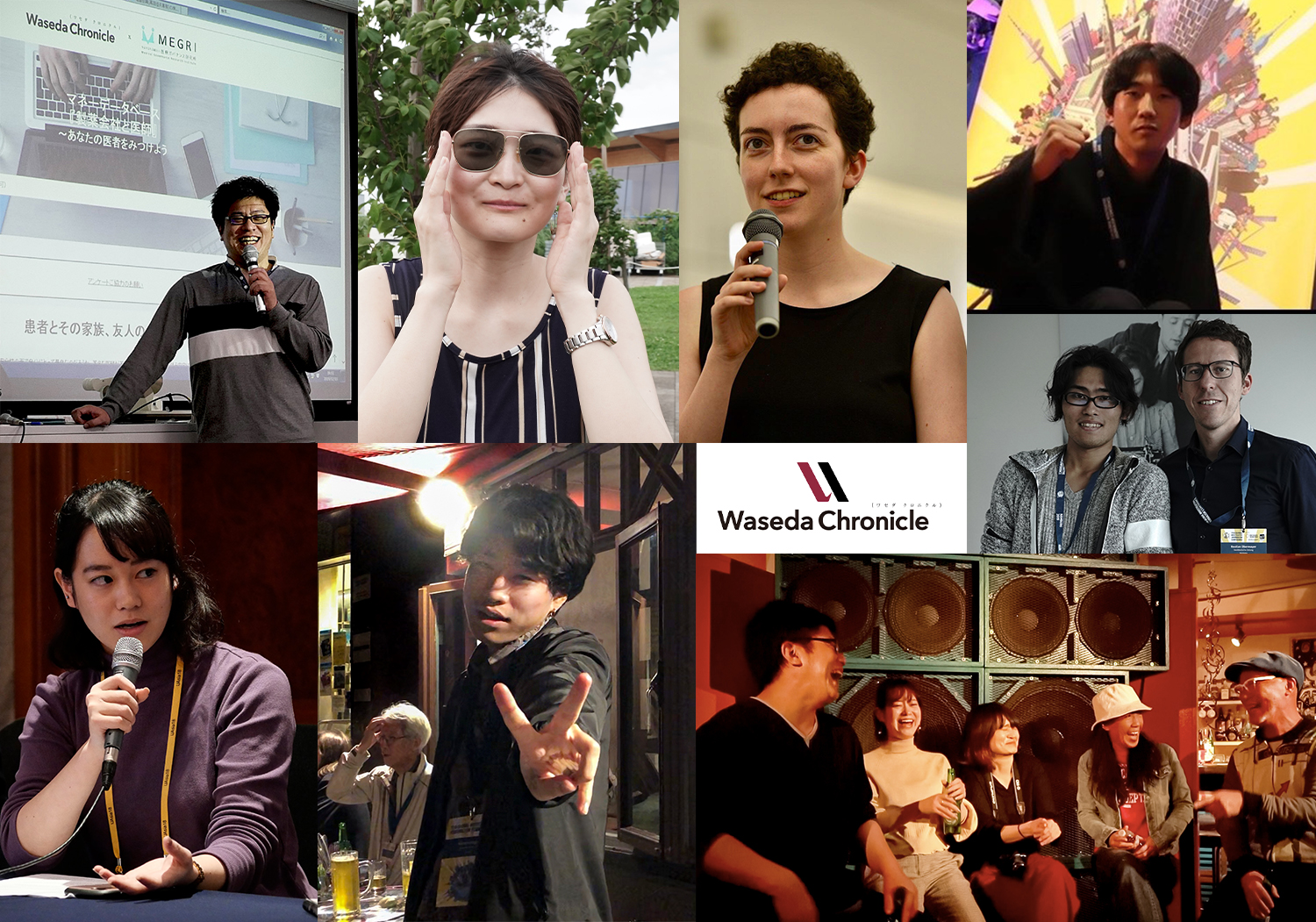 As a nonprofit, investigative journalism organization in Japan, Waseda Chronicle collaborates with both domestic and overseas stakeholders to conduct a wide range of activities. In 2019, they released eight series, including international joint investigations, and helped create the Judgit database, which allows anyone to look up how the government uses tax money.

Waseda Chronicle’s reporting has led to concrete social impact. The National Diet passed a law to compensate victims of forced sterilization. An investigation was launched into corruption among the management of a South Korean corporation. The Ministry of Education, Culture, Sports, Science and Technology used Waseda Chronicle’s Money for Docs database to examine payments from pharmaceutical companies to doctors and, based on its findings, ordered universities to review their side business and ethics policies.

The selection committee recognizes Waseda Chronicle as a worthy recipient of the grand prize of the inaugural Journalism X Award. Quality and volume of output, the combination of journalism and database creation, bilingual publication and collaboration with overseas journalists, and the leading roles of relatively young members made it a clear frontrunner.

Waseda Chronicle has a strong support base among my neighborhood bars in Akabane, Tokyo. The owners are kind enough to offer both pep talks — “You gotta go after the truth, I’m counting on you!” — and a little wall space for Waseda Chronicle stickers. The other regulars have become donors after hearing about our work.

This past spring, a reggae club in Tokyo’s Nogizaka neighborhood reached out about holding an event with us; we ended up having a panel discussion in front of their DJ booth. “It’s no good if the media just repeats what the government says,” a reggae musician on the panel commented. “The commonality between journalism and reggae is the willingness to stand up against a power much greater than you.”

Receiving the Journalism X Award is another example of citizens supporting our work. From the Akabane bars and Nogizaka reggae club to all our donors and readers, Waseda Chronicle’s supporters share the desire to return Japan’s journalism to the hands of its people. Although we may be absolutely miniscule compared with the organizations and subjects our investigations tackle, this grassroots support is precisely what allows us to do what we do.

From all our members, Waseda Chronicle offers our deep gratitude for this award. We are overjoyed to be the grand prize’s inaugural recipient. Alongside the award organizers and all those involved, we will continue promoting citizen-supported journalism in Japan.

Previous article Next article
All announcements